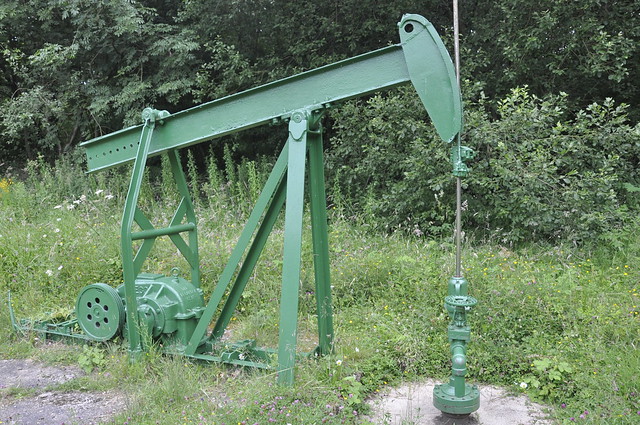 By Joe Carroll for Bloomberg

In the $1.6 trillion-a-year oil business, there are global titans like Exxon Mobil Corp. (XOM) that wield more economic might than most of the nations on Earth, and scores of wildcatters scouring land and sea for the next treasure troves of crude.

Then there are the strippers. For these canaries in the proverbial coal mine, the journey keeps going deeper and darker.

Strippers are scavengers who make a living by resuscitating once-prolific oil fields to coax as little as a bathtub full of crude a day from each well. Collectively, the strippers operate almost half-a-million oil wells that produced more than 730,000 barrels a day in 2012, the most recent year for which figures were available.

That’s one of every 10 barrels produced in the U.S. — equivalent to the entire output of Qatar, or half the crude Royal Dutch Shell Plc (RDSA), Europe’s largest energy company, pumps worldwide every day. With oil prices down 58 percent since June, these smallest of producers will be the first to succumb to the Great Oil Bust of 2015.

“This is killing us,” said Todd Shulman, a University of Colorado-trained geologist who ran fracking crews in the Rocky Mountains before returning to Vandalia, Illinois, in 1984 to help run the family’s stripper well business.

Todd Shulman stands with his father and sons in May 2006 during the drilling of the C.T. Williams #1, in St. James Field, Fayette County, Illinois.

Stripper wells — an inglorious moniker for 2-inch-wide holes that produce trickles of crude with the aid of iconic pumping machines known as nodding donkeys — were a vital contributor to U.S. oil production long before the shale revolution.

Though a far cry from the booming shale gushers that have pushed American crude production to the highest in a generation, stripper wells are a defining image of the oil business, scattered throughout rural backwaters abandoned by the world’s oil titans decades ago.

With the price of crude dipping so low, there’s no way Shulman will be able to drill a new well that regulators have already permitted. Nor is he even going to turn on a well finished last month that’s ready to start production.

It would be foolhardy to harvest crude from wells that won’t pay for themselves, said Shulman, who scrapes remnants from old Texaco (CVX) and Shell fields 310 miles south of Chicago, in the heart of what had been a booming oil region in the 1930s. He’ll wait for prices to rebound.

The economics of most stripper wells stop making sense when Brent crude, the benchmark for more than half the world’s oil, drops under $50 a barrel, U.K.-based Wood Mackenzie Ltd. said in a Jan. 9 note to clients.

Brent fell as much as 2.2 percent to $47.78 a barrel in London today, and lost 48 percent of its value for the full year 2014 amid faltering global demand and rising U.S. output that fed a supply glut.

“Once the oil price reaches these levels, producers have a sometimes complex decision to continue producing, losing money on every barrel produced, or to halt production, which will reduce supply,” said Robert Plummer, a corporate research analyst at Wood Mackenzie. “U.S. onshore ultra-low production volume stripper wells could be the first to be cut.”

Although stripper wells extract only a tiny fraction of the oil reaped from a successful shale development, a stripper can be drilled for less than $300,000, compared with $7 million to $9 million for shale wells, which require hydraulic fracturing, or fracking, to flow oil and natural gas.

For stripper-well operators like Shulman and thousands of others across the U.S., the situation is especially dire: unlike shale fields that can be quickly shut down and restarted in response to price swings, stripper operations are geologically and technically delicate.

Shut a stripper well down and chances are the bottom of the hole will fill with water or permanently clog with sand and you’ll never see another barrel of oil, said Brad Gessel, who operates 200 stripper wells in fields formerly owned by the likes of Shell near Whittington, Illinois.

“If you shut it in, you may never get that production back again,” Craig Hedin, a veteran Illinois oil lawyer whose four-decade career included helping negotiate Exxon’s 1989 sale of the sprawling Loudon field in 1989. Loudon was a 400 million-barrel jewel in Exxon’s crown for half a century until output slowed to such a slow gurgle that it was no longer worth the company’s attentions. Now, the 25-mile vein of oil-soaked rock north of Vandalia is being worked by strippers.

Before considering the last resort of shutting down producing wells, stripper owners are coping with low prices much like every other oil company. First, they’re suspending new drilling, Gessel said in an office at the back of an industrial showroom stocked with heavy-duty elbow pipes, gauges and other gear sold by the family’s other line of business, Gessel Pump Sales & Service Inc.

The next step is to look for cost-cutting measures in the field and office, and defer new equipment purchases, said the 55-year-old Gessel. Finally, they’d have to lay off employees and Gessel would stop taking a paycheck himself.

It got that bad just 17 years ago.

“When prices crashed and went below $10 a barrel in ’98, I laid off every single employee, my pay went to zero and every piece of equipment was parked in the barn,” Gessel said. “I hope that isn’t where we’re headed this time around.”

Every drop of crude produced in Illinois comes from stripper wells, rather than conventional wells or shale formations, according to the Interstate Oil and Gas Compact Commission. That’s a higher proportion of stripper-oil supply than any other crude-producing state except Missouri, which also gets 100 percent of its oil from scavenged fields.

The vast majority of Illinois’s oil is fed into Countrymark Cooperative Holding Corp.’s refinery in nearby Mt. Vernon, Indiana.

The price Countrymark, a closely held Indianapolis-based maker of fuel for farmers, pays oil producers averages about $7 a barrel less than the U.S. benchmark, West Texas Intermediate crude. The discount accounts for transportation costs incurred by Countrymark to gather and ship the oil to the refinery by truck and pipe.

That means that last week, when WTI dipped as low as $44.20, Illinois crude fetched less than $38.

“I’m going to try not to lay anybody off because we’ve spent years building a really good workforce,” said Gessel, who started the company with his father and brother in 1980 by kicking in $5,000 apiece. The company now employs 25 workers, including two full-time geologists.

Gessel is betting shale drillers in North Dakota and Texas carrying heavy debt loads and multi-million dollar well costs will fold before stripper operators like him.