Open the Books is back with another important government transparency report. This time, the organization looked closely at California payrolls, and found that 218,667 public sector employees earn six-figure salaries (in many cases far above that threshold), at a cost of $35 billion.

If Californians are fine with this sort of thing, more power to them, but it’s important to be knowledgeable about where and how tax dollars are spent.

Below are a few highlight’s from Adam Andrzejewski’s (founder of Open the Books) recent article published at Forbes titled, ‘$100K Minimum Wage’ For 220,000 Highly-Compensated California Public Employees Costs Taxpayers $35B:

In many states, public service has little to do with serving the public and everything to do with using the public’s money to serve politicians. Whenever we open the books, California is consistently among the worst offenders. Recently, we found ‘animal collection curators’ making $110,290; city librarians earning $222,320; public utility commission bosses at $550,028; and county hospital doctors making $1.274 million.

This spring, at Forbes, we exposed 50,000 Illinois public employees earning six-figure salaries who cost taxpayers $8 billion. In California the numbers are exponentially larger:  218,667 employees making six-figures who cost $35 billion. For example, Illinois has 72 ‘city managers’ out-earning every governor of the 50 states. But, in California, the salaries of 171 assistant city managers average $201,550!

In total, there’s roughly $35 billion in total benefit flowing to highly-compensated government workers when counting the 21,332 federal employees based in California with six figure salaries.

California community colleges, serving the strivers – students eating ramen noodles and working two jobs – are absolutely crushing the public pay system: 13,086 community college employees earn more than $100,000, including 178 who made more than $200,000. One of those highly compensated administrators, Thomas Fallo, retired last year after community outrage regarding his $346,895 comp plan.

For more, read the entire Forbes article, and as always, check out the great work they do over at Open the Books. 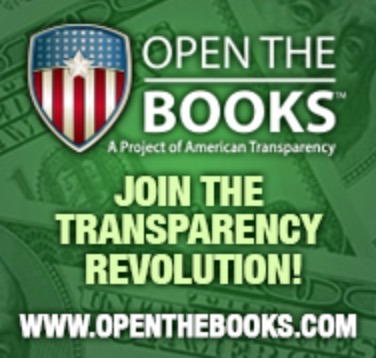 Open the Books is a nonpartisan, non-profit organization focused on providing transparency in government.