The lawyer for FBI informant William Campbell said that her client has told congressional committees that the Russians “bragged that the Clintons’ influence in the Obama Administration would ensure CIFUS (Committee on Foreign Investments in the United States) approval for [the] Uranium One deal.”

And, added attorney Victoria Toensing, her client “was right.”

Before CIFUS, on which Secretary of State Hillary Clinton sat, approved the Uranium One deal, nine investors in Uranium One gave the Clinton Foundation a combined total of $145 million.

The deal called for the United States to allow Russia to purchase 20 percent of our uranium reserves, giving Russia access to vastly more uranium than we have.

Campbell testified that Russia’s goal was to achieve global hegemony over the supply of uranium.

The Russians sought the Uranium One deal very aggressively.

In the years before it came up for CIFUS approval, Russia deployed 10 spies in the United States with a single mission: To get close to Hillary Clinton to get her to approve the Uranium One deal.

Fortunately, the FBI uncovered the nest of spies one year before the deal came up for approval. (The Bureau acted to arrest the spies when it did because one of them had risen to a high position in a company owned by Hillary’s finance chairman.)

Then, to seal the deal, Russian dictator Vladimir Putin arranged for former president Bill Clinton to address the Renaissance Bank in Moscow, an institution closely connected to the Kremlin.

The ex-president was paid a fee (personal income for him and his wife, the secretary of state — in their joint checking account) of $500,000.

To try to keep word of the Uranium One deal under wraps and to bury the story about the Russian spies, FBI Director Robert Mueller arranged for the suspects to take plea bargains admitting to minor offenses and then spirited them out of the country quickly — in a prisoner exchange with Russia — before the media could interrogate them. The spies were arrested during the Labor Day weekend and sentenced over Christmas to minimize media coverage.

The Uranium One investigation has great salience in today’s news since the two attorneys who oversaw the investigation into the sale were current Deputy Attorney General Rod Rosenstein and recently ousted Deputy Director of the FBI Andrew McCabe.

Mueller, as FBI director, was in ultimate charge. 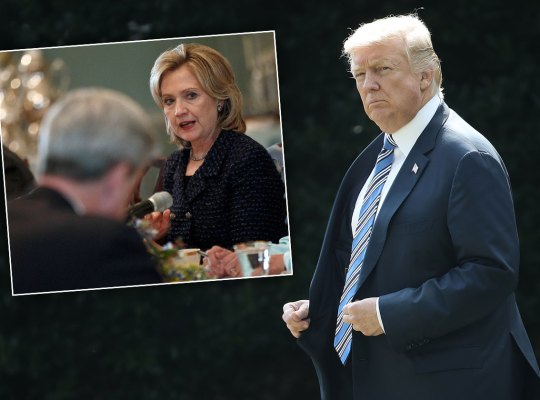 Rosenstein and McCabe need to be investigated to determine if their handling of the Uranium One case was designed to shield Hillary.

Clinton’s role in the uranium sale only gained public notoriety after author Peter Schweizer exposed it in his 2015 book, “Clinton Cash.”