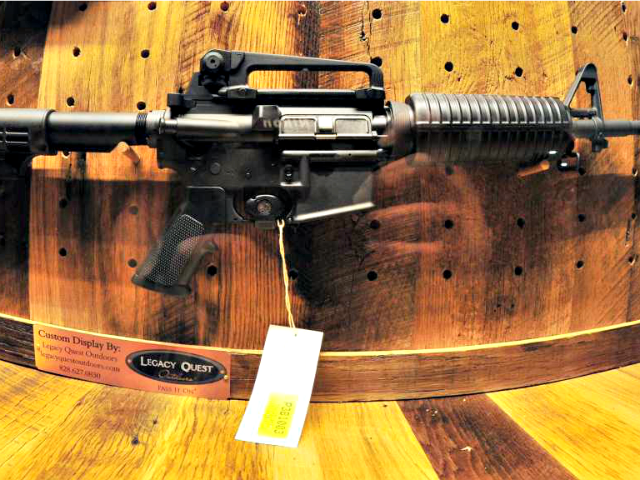 The deadline to register “bullet button assault weapons” in California was 11;59:59 p.m. on June 30, 2018, but CBS Los Angeles reports the registration page was not properly recognizing firearms when owners attempt to register them.

On June 24, 2018, Breitbart News reported that commonly-owned semi-automatic rifles outfitted with “bullet buttons” had to be registered before midnight of June 30. And in a situation where the gun lacks a serial number, the owner of the firearm was required to apply for a serial number from the state before trying to register the firearms before the deadline.

So the rush is on, but CBS Los Angeles reports that the website has had problems recognizing certain firearm parts as law-abiding citizens sought to comply with registration requirement.

For example, Franklin Armory’s Jay Jacobson said he was trying to register some personal firearms but the California DOJ website kept misidentifying the stock on his firearm. He said, “I believe they may be calling this a telescoping stock. It’s only a fixed stock, it’s only minutely adjustable. Other than that, I can’t figure out why they have not allowed this to go through and what is frustrating is they don’t bother to tell you.”

Moreover, many “bullet button assault weapon” owners are allegedly foregoing registration altogether. Guns, Fishing, and Other Stuff’s Travis Morgan said his customers told them “there is too much drawback to it.” He said, “I have been told that if you register your gun as an assault weapon, DOJ has the right to search your house at any point in time they feel like it. I don’t want them in my house.”

Why would anyone register after the state has made perfectly clear their goal is confiscation and genocide?

It will be interesting to see what percentage of “bullet button assault weapon” owners register their firearms and what the state does, if anything, for individuals who tried to register their guns but were unable due to website glitches.