The Potomac Two-Step: Imran Awan Allowed To Escape any Charges That Would Implicate Congress….

Imran Awan pleaded guilty today to one count of bank fraud.  However, all of the more serious charges; that were based on intelligence compromises and national security; and that naturally would implicate members of congress; were dropped and dispatched by federal prosecutors.

Add in the date of the announcement today, when everyone is headed to a long July 4th holiday weekend, and voilà we see the all-too-familiar Potomac Two-Step:

(Via Daily Caller)  An assistant US attorney said Tuesday he would not prosecute Imran Awan, a former systems administrator for Rep. Debbie Wasserman Schultz and other Democrats, for any crimes on Capitol Hill in a plea agreement that had him plead guilty to one count of bank fraud.

Only one person sat at the prosecutors’ table: J.P. Coomey, who unsuccessfully prosecuted New Jersey Democrat Sen. Bob Menendez for corruption and was only added to the case Monday. There was no sign of Michael Marando, who had previously led the prosecution.

Coomey did not object to the removal of Awan’s GPS monitor, said he would not oppose a sentence of probation, and agreed to drop charges against his wife, fellow former systems administrative Hina Alvi.  (continue reading) 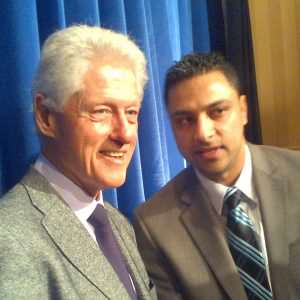 A “Countermeasure” is a measure or action taken to counter or offset another one.

Politically speaking, the deployment of countermeasures is a tactic used by professional politicians in Washington DC to counter incoming public inquiry and protect themselves from anger expressed by the electorate.

Weaponized government takes action and creates victims.  Beyond the strategy – the countermeasures are politicians assigned a role to control the incoming righteous inquiry  from voters who find out about the weaponized or corrupt governmental action.

1.) The electorate become aware of a political issue or action; often illegal.

3.) DC needs to protect itself.

4.) Countermeasures are assigned and deployed to delay, obfuscate and create the illusion of investigation of the illegal governmental action.

The goal is not resolution or justice; the goal is to deflect, create distraction and eventually dilute/diminish the outrage over time. Keep kicking the can until it rusts and simply falls apart.

Nothing to see here. Move along, move along now folks.

Political countermeasures are now deployed as human articles of self-preservation.

Imran Awan gets immunity for allegedly operating a spy ring in Congress for 14 years, selling state secrets to Pakistan, and stealing $2 million of equipment from Congress