Three Vatican priests have gone on record denouncing Pope Francis as a false prophet and claiming that Satan worshiping pedophile cardinals are engaged in the ritual abuse of children as young as one-month-old inside the Vatican’s high walls.

Over the past few years, representatives of the Vatican have been accused and caught molesting children, and ties to large pedophilia rings have been discovered. The Vatican has had to spend billions of dollars settling and dealing with pedophilia cases — this is no longer a secret.

Unfortunately, what many people still do not know is that many of these children are used in ‘Satanic type rituals.’ The Vatican claims to be following the word of God, but multiple insiders have recently come forth, denouncing Pope Francis as a false prophet, and speaking about the widespread practice of black magic and Satanism inside the Vatican.

In the view of the public, the Vatican and its many representatives from all over the world represent a force of love and peace, but according to Malachi Martin, an Irish Catholic priest who was Professor of Palaeography at the Vatican’s Pontifical Biblical Institute until recently, this vision of love and peace is at odds with what really happens behind the scenes.

Jesuit priest Malachi Martin served in Rome for six years where he was a close associate of Cardinal Augustin Bea and the Pope.

According to Malachi Martin, an “enthronement ceremony” was held by Satan worshiping pedophile Vatican cardinals in 1963 — and the “smoke of Satan” has been “irremovable” in the Vatican since then. 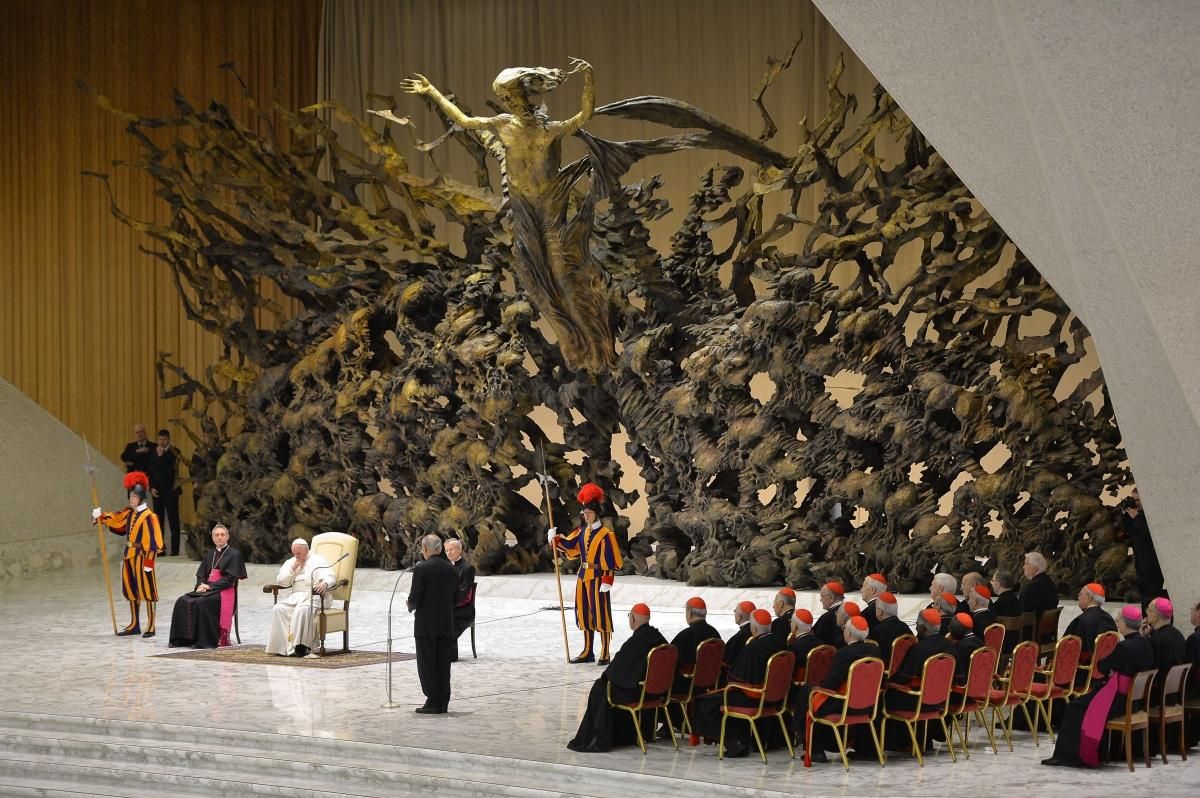 “Most frighteningly for [Pope] John Paul [II], he had come up against the irremovable presence of a malign strength in his own Vatican and in certain bishops’ chanceries. It was what knowledgeable Churchmen called the ‘super force.’ Rumors, always difficult to verify, tied its installation to the beginning of Pope Paul VI’s reign in 1963. Indeed Paul had alluded somberly to ‘the smoke of Satan which has entered the Sanctuary’. . . an oblique reference to an enthronement ceremony by Satanists in the Vatican. Besides, the incidence of Satanic pedophilia – rites and practices – was already documented among certain bishops and priests as widely dispersed as Turin, in Italy, and South Carolina, in the United States. The cultic acts of Satanic pedophilia are considered by professionals to be the culmination of the Fallen Archangel’s rites.” (Written in his book about geopolitics and the Vatican, The Keys of This Blood, page 632)

On multiple occasions he spoke about Satanism being the predominant religion practiced inside the Vatican’s high walls. But Malachi Martin isn’t the only Vatican insider speaking about Satanic pedophilia in the Vatican. The list is a long one.

The Reverend Gabriele Amorth, an Italian Roman Catholic priest, and an exorcist of the Diocese of Rome, is another example.

Reverend Amorth performed tens of thousands of exorcisms for the Church over his half a dozen plus decades as a Catholic priest, and has mentioned a number of times how Satanism is practiced within the Vatican. He also described how very young girls are kidnapped by a gang of Vatican police and foreign diplomats, explaining that these girls are recruited for Vatican parties, attended by cardinals and priests.

Amorth claimed that Emanuela Orlandi, a Vatican City schoolgirl who went missing in Rome in 1983, was kidnapped for sex parties by a gang involving Vatican police and foreign diplomats. He said that the girl was later murdered and her body disposed of.

“The Devil resides in the Vatican and you can see the consequences,” said Reverand Amorth. The evil influence of Satan was evident in the highest ranks of the Catholic hierarchy, with “cardinals who do not believe in Jesus and bishops who are linked to the demon.”

Malachi Martin and Reverend Amorth should be commended for their bravery in blowing the whistle on Satanic pedophilia within the Vatican, because priests who tell the truth about their corrupted colleagues do not always live to speak out further.

Father Alfred Joseph Kunz was a Catholic priest who was found with his throat slit in his Roman Catholic church in Dane, Wisconsin, after launching an investigation into Satanic pedophilia and child abuse within the clergy. A close friend of Malachi Martin, Father Kunz felt his life was in danger in the weeks before his murder — and he was right.

Kunz’s friend, Abbot Ryan St. Anne Scott felt Kunz’s murder was related to Kunz’s investigation of sexual abuse scandals in the diocese, but investigators never arrested anybody for the crime, despite admitting they had a suspect who has been kept under “constant surveillance” since Father Kunz’s murder.

Is Pope Francis the head of the snake?

Sexual abuse scandals within the Vatican have been made public, and the Pope has been forced to comment on it many times. Whether he is involved or not is unknown, as is how much he knows about the practice of Satanism inside the Vatican. However he did make one comment in 2014 which raised eyebrows among those in the know.