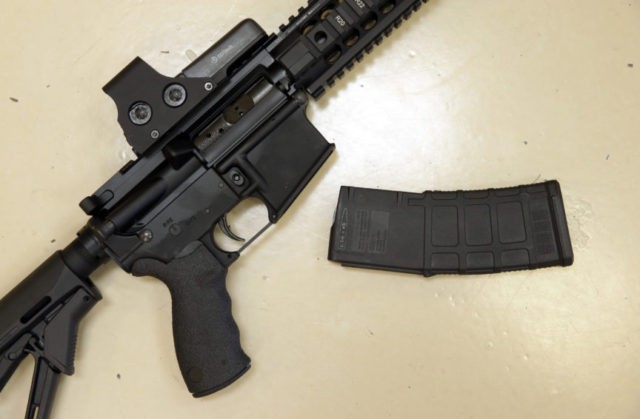 A three-judge panel from the United States Circuit Court of Appeals for the Ninth Circuit upheld a June 29, 2017, ruling a against California’s “high capacity” magazine ban.

On June 29, 2017, Breitbart News reported that U.S. District Judge Roger Benitez blocked the ban to prevent law-abiding citizens from being criminalized. ABC News quoted from Benitez’s ruling, “If this injunction does not issue, hundreds of thousands, if not millions, of otherwise law-abiding citizens will have an untenable choice: become an outlaw or dispossess one’s self of lawfully acquired property.”

The “high capacity” magazine ban was the result of a Proposition passed by the majority of California voters, but Benitez said, “The constitution is a shield from the tyranny of the majority.”

The state of California appealed Benitez ruling and on July 17, 2018, a panel from the Ninth Circuit upheld the ruling.

The panel voted 2 to 1, and the NRA-ILA reports that the two judges who voted to uphold the ruling “chided the dissenting judge for substituting his own discretion for that of Judge Benitez, who had the primary responsibility to evaluate and weigh the evidence in the case.”

The state of California can now appeal the case for the Ninth Circuit to hear en banc.