( Middle East Monitor ) Three Israelis were arrested over the weekend in Colombia, along with 15 others, on suspicion of involvement in sex trafficking in the tourist city of Cartagena that included the sexual exploitation of more than 250 women and girls, Israel’s Ynet news reported.

It’s reported that Colombian authorities also asked Interpol to arrest a former Israel soldier deported from Colombia for running a child prostitution ring. Authorities claimed that even after his expulsion, 44-year-old Israeli citizen Assi Ben-Mosh continued to manage his illicit operations in Colombia from afar.

Mosh was deported to Israel after it was discovered that he was part of a group of ex-Israeli soldiers that had turned a small fishing village in Taganga into a “sex and drug den” from their base in a luxury resort, the Benjamin Hostel which was known to locals as “little Israel”.

From “little Israel” Moosh is reported to have run similar clubs exploiting drugs and children in Cartagena, Bogotá, Medellín, Ecuador, Mexico and Brazil. Local residents spoke of their relief following his arrest and deportation last November and thought they had seen the back of the former Israeli soldier.

Colombian authorities said that Moosh had harmed the security of the state and its citizens. Reports identified Moosh who was also accused of a number of other charges including tax fraud, drug offenses and inciting children to prostitution.

Moosh denies any connection to the tourism sex ring and, according to Israeli sources, he is currently waging a legal battle to return to Colombia.

The bust over the weekend followed months of surveillance. Authorities said that it was one of the biggest operations to combat child sex trafficking and forced prostitution in Cartagena. In a statement, the attorney general’s office described the victims as “real slaves of the 21st century”.

(Daily Mail) A child prostitution ring where more than 250 underage girls were branded with tattoos by their ‘owners’ has been broken up after dramatic raids.

Police arrested 18 people after the girls were lured into coming the Colombian resort of Cartagena under the pretence of working as models there.

Among those detained was the alleged ‘Madame’ of the operation – Liliana del Carmen Campos Puello – and several unnamed Israelis who are believed to be the network’s ringleaders. 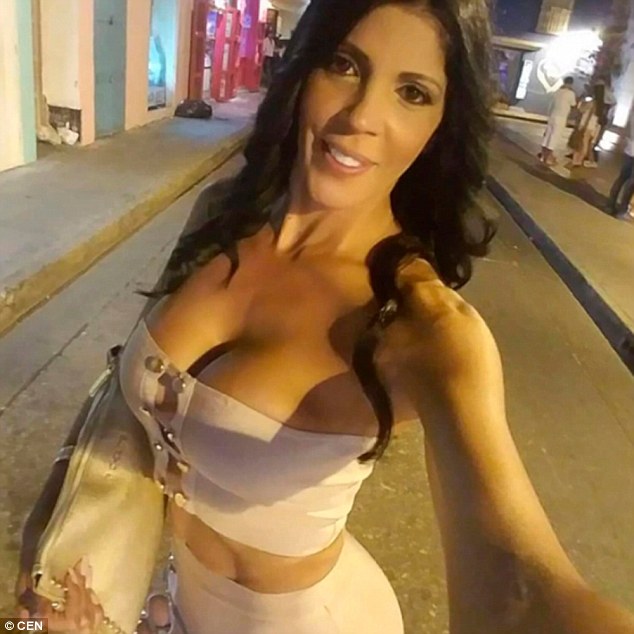 A child prostitution ring where more than 250 underage girls were branded with tattoos by their ‘owners’ has been broken up after dramatic raids. Pictured, the alleged ‘Madame’ Liliana del Carmen Campos Puello

They allegedly raped and tattooed all their victims, who were aged between 14 and 17.

Campos Puello was allegedly responsible for finding the girls from the poor neighbourhoods in Colombia and Venezuela.

She allegedly helped them with passports and sent them money for expenses.

But when the girls arrived in Cartagena, they were stripped of their documents and belongings and forced into prostitution.

They were allegedly showcased in catalogues and forced to attend sex parties on luxury yachts and hotels. 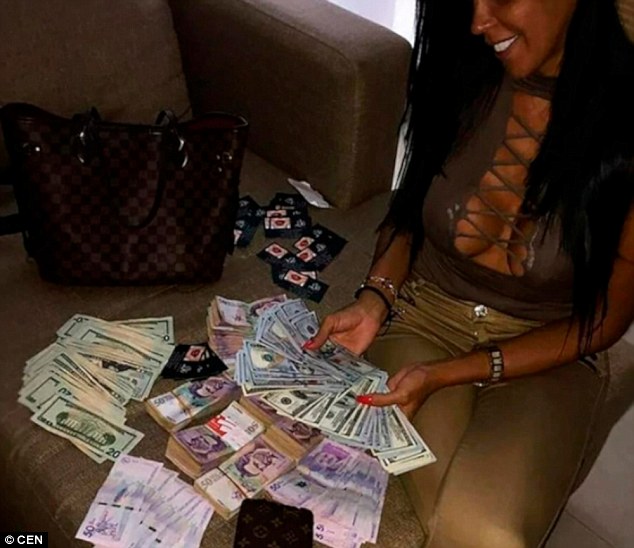 Campos Puello hired the girls and introduced them to the clients.

Before each event, she would allegedly always select the best-suited girls from their list.

At least 250 minors were reportedly lured to Cartagena in one year, in what is being called the city’s largest sexual exploitation case.

The Attorney General’s Office said Campos Puello used her contacts to organize events they girls were forced to go to. 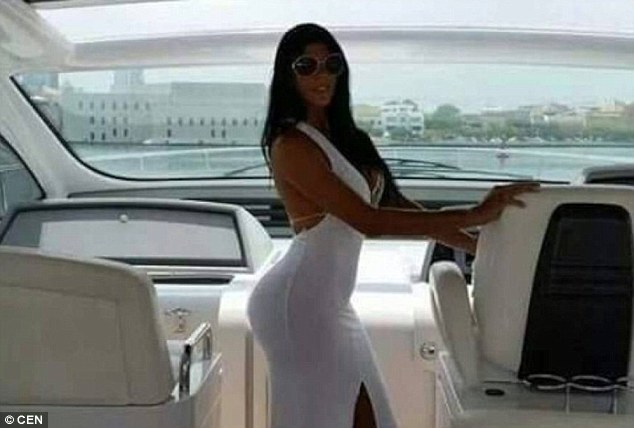 She also has a record for heroin trafficking as well as for entering the United States illegally.

‘The Madame has a criminal record for heroin trafficking and illegal entrance into the United States.

‘Additionally, she was in charge of operating a prostitution service in the beach area, as well as using international contacts to organize events where the girls were forced to perform.’