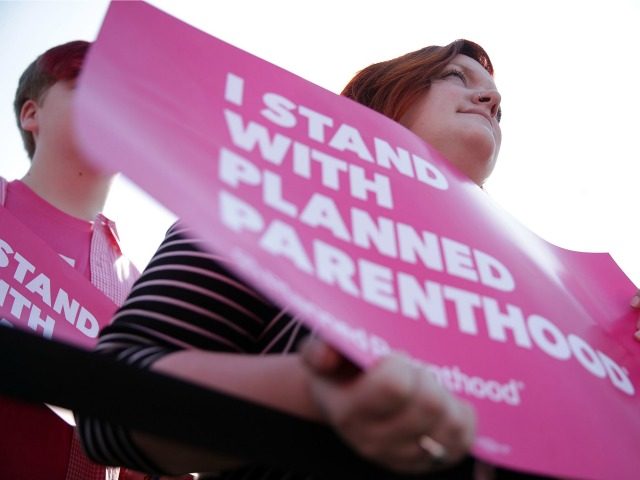 The Republican-led Senate has passed a Defense appropriations bill that includes funding both Planned Parenthood and research that uses the fetal tissue from aborted babies.

I am a Republican because I am conservative. I am a conservative because I believe the Constitution and the ideals it asserts on behalf of all Americans are worth protecting. That includes the lives of unborn Americans. https://t.co/jpsBNz5Gdm

“For the second straight year of unified Republican governance, unified pro-life governance, Congress’ annual spending bills will include no new reforms protecting unborn children or getting federal taxpayers out of the abortion business,” Utah Sen. Mike Lee ripped his GOP colleagues in a floor speech about the bill that ultimately passed, 93-7.

The House version of this Health and Human Services spending bill included multiple reforms. It denied taxpayer funds to the largest abortion provider in the country, Planned Parenthood; it eliminated Title X family planning grants, which cross-subsidize abortion providers; it prohibited federal funding of research on aborted fetal tissue; it included the Conscience Protection Act protecting pro-life people and groups from funding discrimination. None of these modest, common sense spending reforms survived the House/Senate negotiations. None of them. None was made a priority by the people in power to set priorities.

Under this bill, neither the unborn nor taxpayers are any more protected from the abortion industry than they were under president Obama and a unified Democratic Congress. I understand that fighting on contentious issues comes with a cost. I understand that it’s not easy, but other things come with a cost, too. It’s not just this that comes with a cost. So too does not fighting on them, especially in the rare moments when we could win.

“Each of these bills carries the near unanimous support of the Appropriations Committee,” Shelby said.

Kentucky Sen. Rand Paul filed an amendment to H.R. 6157 that would strip taxpayer funds from Planned Parenthood and other abortion providers.

“One of the top priorities for a Republican Congress that professes pro-life values on the campaign trail should be to stop taxpayer funding for abortion providers,” said Paul. “This is our chance to turn our words into action, stand up for the sanctity of life, and speak out for the most innocent among us that have no voice.”

“My amendment would end the funding of Planned Parenthood, yet my amendment is now being blocked by Republicans,” Paul said.

While GOP Senate leadership allowed a vote on Paul’s amendment, Republicans failed to pass it, 45-48.

when you kill your unborn child pic.twitter.com/W3AcHurhR1