The 49-year-old, named as Mr Zhou, was working on the night shift at a porcelain factory in Hunan province when he was struck by a falling robotic arm. 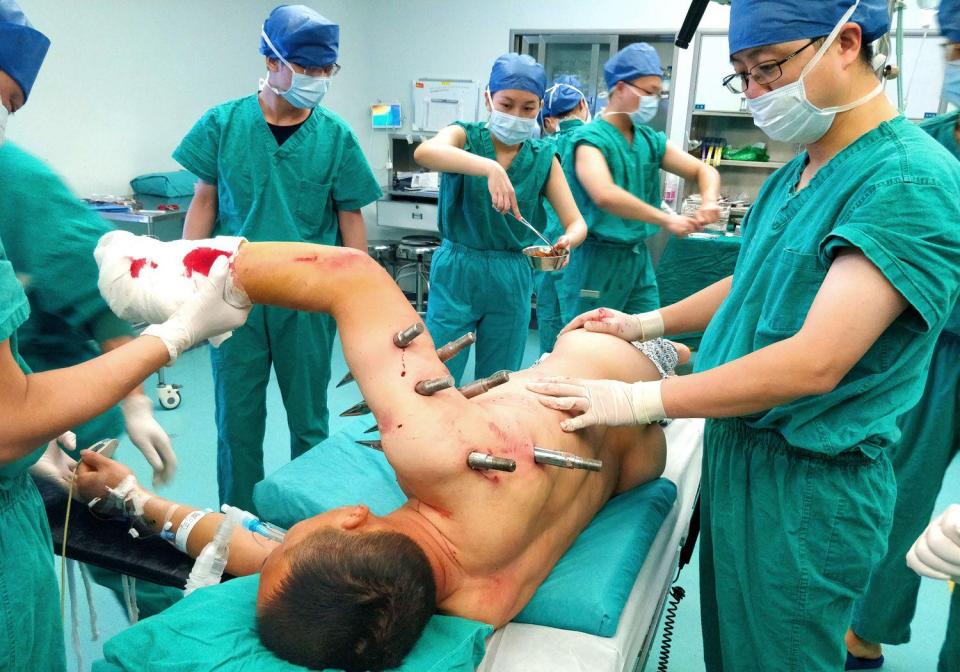 The accident resulted in him being impaled with foot long, half-inch thick metal rods, the People’s Daily reported.

He was first taken to a local hospital before he was transferred to the Xiangya Hospital of Central South University due to the severity of his injuries.

Six steel rods fixed on a steel plate pierced his right shoulder and chest, and four penetrated elsewhere in his body.

During the operation, doctors found that one of the rods missed an artery by just 0.1mm. 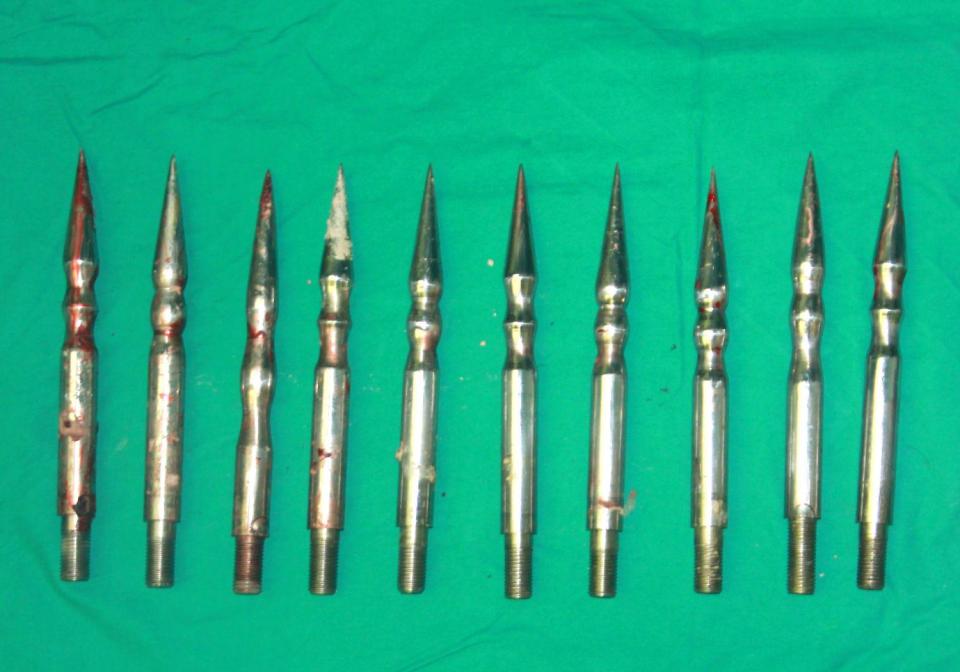 The ten skewers that were removed

The rods also prevented doctors from carrying out X-rays before the operation.

“They were relatively big so there was no means of getting fitting the patient into the X-ray machine while the nails themselves could have caused interference with X-rays,” said Wu Panfeng, an associate professor of hand microsurgery.

Surgeons worked through the night to take out all of the rods in Mr Zhou’s body.

His condition is now described as stable and he will undergo treatment and physiotherapy to assist his recovery, and he is already able to move his right arm.

Mr Zhou was lucky not to suffer the same fate as American factory worker Wanda Holbrook.

The maintenance technician was killed by rogue robot who had veered into the area she was working in and crushed her head.

The 57-year-old was inspecting machinery in an area where components were assembled when the robot “took Wanda by surprise, entering the section she was working in”, court documents filed at the time said.

In 2015, another car industry worker, this time in Germany, was also killed by a robot.

The unnamed 22-year-old man was part of a team that was setting up the stationary robot at a Volkswagen plant when it grabbed and crushed him against a metal plate,

Last year, a construction worker miraculously survived after he was electrocuted, thrown from his workstation and then impaled through the anus by a four-foot steel bar.