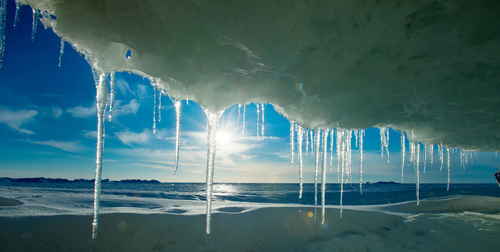 (Armstrong Economics) This winter, 2019 is once again extremely brutal in Europe. Exceptionally heavy snow has fallen as far south as Greece in the range of even 3 to 5 feet in various places. This is the third year of extreme cold in Europe which has been fueling more resentment about global warming taxes. Once again, Europe has been thrown into economic chaos for much of the region is not able to cope with snow lacking the historical experience. In places like Germany, the jet stream exaggerations have cause exceptionally hot summers, though shorter in duration, where hotels and houses never bothered installing air conditioning. This is the typical pattern that is serious for it also precedes droughts.

Meanwhile, scientists have revealed that the oceans are still getting colder at deeper levels in a slow-moving trend that was set in motion by the last Little Ice Age. The idea that the oceans have been retaining the heat so that is why the planet has not warmed up as forecast 30 years ago flies in the face of those ideas as well.

The ‘Little Ice Age’ hundreds of years ago is STILL cooling the bottom of Pacific, researchers find

As much of the ocean responds to the rising temperatures of today’s world, the deep, dark waters at the bottom of the Pacific Ocean appear to be doing the exact opposite.

A Harvard study has found that parts of the deep Pacific may be getting cooler as the result of a climate phenomenon that occurred hundreds of years ago.

Around the 17th century, Earth experienced a prolonged cooling period dubbed the Little Ice Age that brought chillier-than-average temperatures to much of the Northern Hemisphere.

Though it’s been centuries since this all played out, researchers say the deep Pacific appears to lag behind the waters closer to the surface, and is still responding to the Little Ice Age. 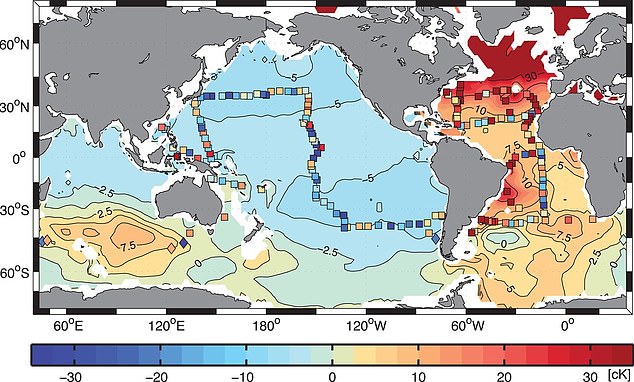 A Harvard study has found that parts of the deep Pacific may be getting cooler as the result of a climate phenomenon that occurred hundreds of years ago. The models suggest In the deep temperatures are dropping at a depth of around 2 kilometers (1.2 miles)

‘Climate varies across all timescales,’ said Peter Huybers, a professor at the Harvard John A. Paulson School of Engineering and Applied Sciences.

‘Some regional warming and cooling patterns, like the Little Ice Age and Medieval Warm Period, are well known.

‘Our goal was to develop a model of how the interior properties of the ocean respond to changes in surface climate.’

The Medieval Warm Period was a period lasting between the 9th and 12th centuries during which Earth’s climate leaned on the warmer side.

It was followed not long after by the Little Ice Age, which lasted from the 16th through 19th century, though some argue it began even earlier.

According to researchers from the Woods Hole Oceanographic Institution and Harvard University, this long-ago cooling period could still be showing its face in the temperatures of the deep ocean.

‘If the surface ocean was generally cooling for the better part of the last millennium, those parts of the ocean most isolated from modern warming may still be cooling,’ said Jake Gebbie, a physical oceanographer at Woods Hole Oceanographic Institution.

To test this, the team compared measurements taken during the 1870s by scientists on the HMS Challenger to modern data.

During the study in the late 1800s, the researchers of the time dropped thermometers deep down into the ocean between 1872 and 1876, collecting more than 5,000 measurements in total. 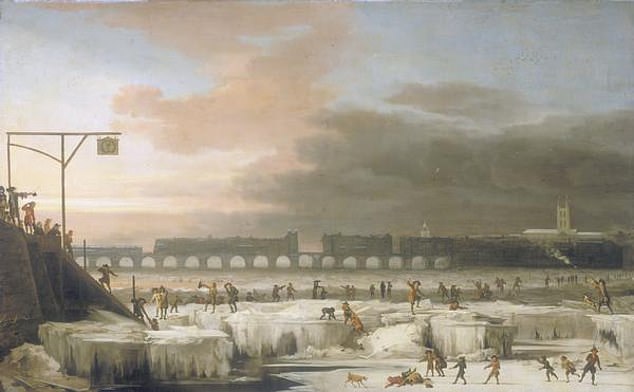 Around the 17th century, Earth experienced a prolonged cooling period dubbed the Little Ice Age that brought chillier-than-average temperatures to much of the Northern Hemisphere

‘We screened this historical data for outliers and considered a variety of corrections associated with pressure effects on the thermometer and stretching of the hemp rope used for lowering thermometers,’ Huybers said.

As expected, the comparisons showed most of the world’s oceans has been warming up over the last century.

In the deep Pacific Ocean, however, temperatures are dropping. This effect could be seen at a depth of around 2 kilometers (1.2 miles).

According to the team, this could influence our understanding of how much heat the ocean has absorbed in the last century, suggesting it could be as much as 30 percent less than previously assumed.

Their findings are published in a new paper in the journal Science.

‘The close correspondence between the predictions and observed trends gave us confidence that this is a real phenomenon,’ Gebbie said.

‘Part of the heat needed to bring the ocean into equilibrium with an atmosphere having more greenhouse gases was apparently already present in the deep Pacific,’ Huybers said.

‘These findings increase the impetus for understanding the causes of the Medieval Warm Period and Little Ice Age as a way for better understanding modern warming trends.’