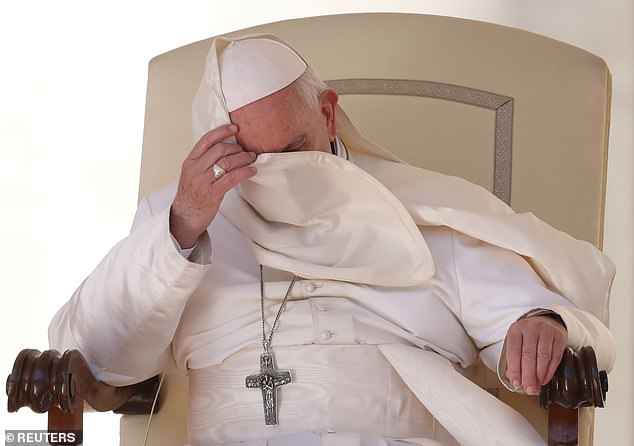 (Leo Zagami) Pope Francis issued a stark warning about the fragility of the international order on January 7, saying in an annual address to the Vatican’s diplomatic corps that “the same attitudes” that led to the failure of the League of Nations now endanger the system of diplomacy set up after World War II. The pontiff told 180 ambassadors to the Holy See,  who are all engaged with the dark side of the Illuminati, that the success of the diplomatic order rests on three foundations: goodwill among nations, their ability to deal fairly with one another, and openness to compromise, but Pope Francis knows things are not looking so good for his criminal enterprise.  Governments and people all over the world are finally understanding the true Satanic nature of this Jesuit Pope and his Church of hypocrites.

Pope Francis and the New World Order are simply in search of cheap labor and sex slaves. That’s why on Sunday, Pope Francis launched an appeal to European leaders, asking them to welcome a group of African migrants aboard two NGO vessels. “I would like to make a heartfelt appeal to the leaders of Europe to demonstrate real solidarity with these people,” he said. But deputy premier, Luigi Di Maio of the M5S replied: “We will not retreat on the migration policy, which has allowed us to considerably reduce landings.”

In the meantime, another pedophile scandal shows once more the real nature of Pope Francis. The Holy See announced on Friday that Bishop Gustavo Oscar Zanchetta, an Argentine native appointed by Pope Francis to the Administration of the Patrimony of the Apostolic See in 2017, was accused last autumn of sexual abuse. The allegations were leveled internally in recent months, and last week the provincial newspaper in Salta, El Tribuno, reported that three priests brought accusations against him to the Vatican’s ambassador, or nuncio, in Buenos Aires. The newspaper said the priests had lodged accusations against Zanchetta for abuse of power, economic abuse, and sexual abuse inside the seminary.

Bishop Zanchetta, who was made a Bishop by the same Pope Francis in 2013,  fled Argentina in 2017 under mysterious circumstances after rumors of his pedophile activities started to circulate. Zanchetta even opened his own seminary in 2016 with six seminarians to facilitate his perversions with Pope Francis’ support. According to El Tribuno, the St. John XXIII seminary is due to close soon.

Bishop Zanchetta, assessor of APSA, the powerful office that manages the Vatican’s vast real estate and other financial holdings,could become yet another problem for Pope Francis, who is already battling to gain trust from the Catholic flock over his handling of sex abuse and misconduct.

Bergoglio faces growing problems in his beloved Argentina as a Vatican official told Cruxin earlier in December that when the crisis of clerical sexual abuse explodes in Pope Francis’s native Argentina, the situation will be dramatic.