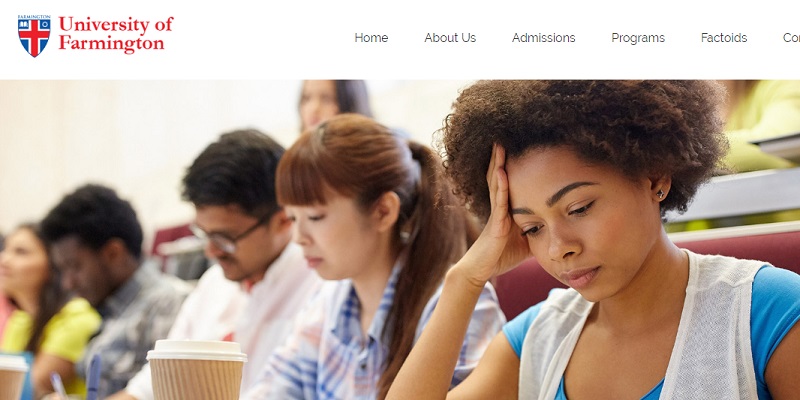 The Department of Homeland Security set up a fake university in Farmington Hills to target foreign students who wanted to stay in the U.S. without proper authorization, according to federal indictments unsealed in Detroit on Wednesday.

Eight people were arrested and indicted in an immigration fraud case for conspiracy to commit visa fraud and harboring aliens for profit, said the U.S. Attorney for the Eastern District of Michigan Matthew Schneider.

Six of them were arrested in metro Detroit, one in Florida and another in Virginia. The students enrolled at the fake university with the intent to obtain jobs under a student visa program called CPT (Curricular Practical Training) that allows students to work in the U.S., said prosecutors.

An indictment says the defendants helped at least 600 “foreign citizens to illegally remain, re-enter and work in the United States and actively recruited them to enroll in a fraudulent school as part of a ‘pay to stay’ scheme.”

The indictments were filed Jan. 15 and unsealed Wednesday. They allege that from February 2017 through January 2019, the defendants “conspired with each other and others to fraudulently facilitate hundreds of foreign nationals in illegally remaining and working in the United States by actively recruiting them to enroll into a metro Detroit private university that, unbeknownst to the conspirators, was operated by HSI (Homeland Security Investigation) special agents as part of an undercover operation.”

HSI is an investigative arm of U.S. Immigration Customs Enforcement (ICE), part of the Department of Homeland Security.

The fake university is located on Northwestern Highway, just south of 13 Mile Road.

Its website touts itself as a credible university, saying: “Located in the heart of the automotive and advanced manufacturing center of Southeast Michigan, the University of Farmington provides students from throughout the world a unique educational experience. Our dynamic business administration and STEM curriculum allows students to rapidly apply their knowledge; preparing them to succeed in an ever-globalizing economy.”

But the university was staffed with undercover agents working with the Department of Homeland Security.

In order to study in the U.S., students must get certain types of visas and approval from universities authorized by the Department of Homeland Security. After obtaining an F-1 visa, the student has to stay enrolled and maintain progress toward a degree; if not, they have to leave the U.S. within 60 days.

The indictments say the operation allowed students to stay in the U.S. without proper visas. The U.S. alleges the students who enrolled “knew that they would not attend any actual classes, earn credits or make academic progress toward an actual degree,” read an indictment. “Each student knew that the University’s program was not approved by the United States Department of Homeland Security (DHS), was illegal, and that discretion should be used when discussing the program with others.”

The eight defendants charged are accused of helping enroll the students in exchange for cash, kickbacks, and tuition credits as part of the “pay to stay” scheme.

An official with ICE said the students involved in this case had come to the U.S. legally to study at universities, but then transferred to the University of Farmington after they arrived in order to work.

Rahul Reddy, an immigration attorney in Houston, said in a live-stream on YouTube that students who may have been enrolled at the university were detained in Houston, Atlanta, Charlotte, and St. Louis. Reddy said that concerned students contacted him Wednesday. The American Telugu Association estimates that about 100 students were arrested.

“Homeland Security Investigations special agents uncovered a nationwide network that grossly exploited U.S. immigration laws,” said Special Agent in Charge Steve Francis, who heads the Detroit office of U.S. Immigration and Customs Enforcement’s (ICE) Homeland Security Investigations (HSI). “These suspects aided hundreds of foreign nationals to remain in the United States illegally by helping to portray them as students, which they most certainly were not. HSI remains vigilant to ensure the integrity of U.S. immigration laws and will continue to investigate this and other transnational crimes.”

HSI agents have been conducting this investigation since 2015, said the U.S. Attorney’s Office.

“Beginning in 2015, the university was part of a federal law enforcement undercover operation designed to identify recruiters and entities engaged in immigration fraud,” said a federal indictment. “The University was not staffed with instructors/educators, it had no curriculum, no actual classes.”

Charged in the indictments were:

The case has been assigned to U.S. District Judge Bernard Friedman.

The university’s website gave the impression it was a legitimate university. It reads: “We are very excited about welcoming you to the UF community and helping you achieve your academic goals. You’ll find UF to be a vibrant and growing institution where students, faculty and staff enjoy a challenging and collaborative environment. UF has a rolling admission process and operates on a quarterly academic calendar. Students are encouraged to apply early to ensure a smooth transition to UF.”

This is not the first time that federal authorities have created a fake university to nab foreign students in the U.S. The Department of Homeland Security once created the University of Northern New Jersey as part of a sting operation targeting students who enrolled in order to work and study in the U.S., according to a New York Times report in 2016.

The indictments and arrests have drawn the attention of the American Telugu Association, which is a group of Americans with roots in Telugu-speaking areas of India. The Association said that about 100 students have been arrested and others are facing arrest warrants. The group said on its Facebook page that it is trying to help affected students and has met with Indian consular officials in the U.S. about the case.

The American Telugu Association urges “students to be wary of fake agents who promise illegal aliens, illegal ways to stay in USA through admissions in unaccredited colleges and universities.”