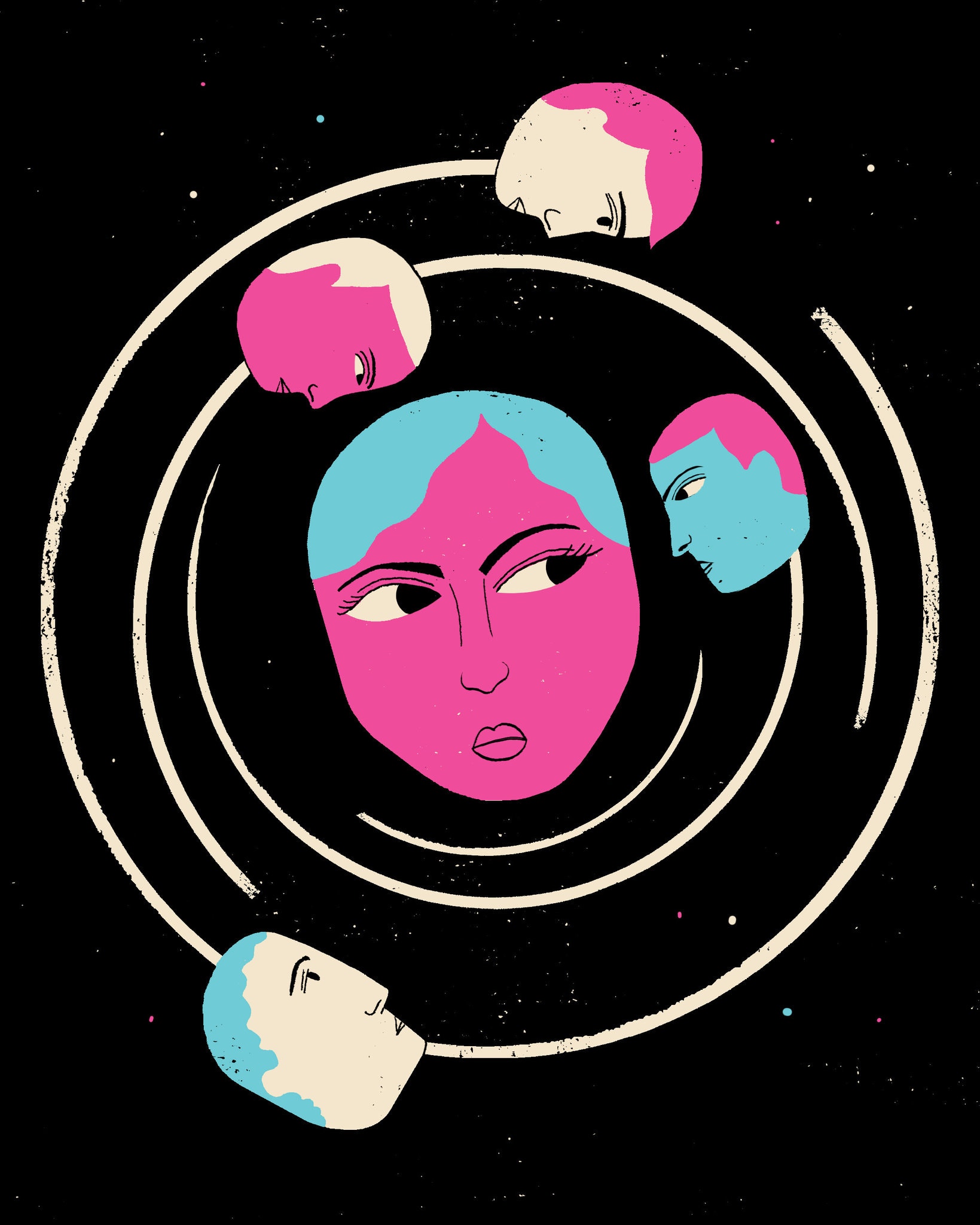 (Rainesford Stauffer) If you’ve dated in the age of social media — particularly now that you’ve pivoted from posting the occasional status update to running 24/7 multiplatform documentaries of your existence — chances are you’ve been watched, liked and followed by a crush, a lover or an ex.

Prying eyes on Instagram, Snapchat and Twitter can be exciting when they come from a prospective romantic partner, confusing when unrequited and infuriating when the looker is an ex. In the last case, it’s as though the specter of a Relationship That Could Have Been is peeping over your shoulder, keeping tabs without having to commit to any real-world interactions.

Naturally, there is a name for this 21st-century phenomenon, which has joined ghosting, Netflix and chill, breadcrumbing and other recent entries to the dating lexicon. It’s called orbiting.

Unlike ghosting, which is a fancy word for disappearing from a lover’s life without notice, orbiting could not have existed before the dawn of social media. It is a behavior bound to the medium, and to an age in which people can be hyper-connected without ever speaking. Distant methods of digital observation — likes, views, etc. — are what binds the orbiter and the orbited. The phrase has been floating in the social stratosphere for at least a year now: It cropped up in a Youtube video in November 2017, with a slightly different definition, and this April, was defined in its current form by Anna Iovine in an article for Manrepeller.

The way it feels to be orbited depends on your relationship to the orbiter. When you’re interested in the satellite entity watching your social media activity, orbiting brings an endorphin rush, the feeling of being circled by someone you want to get closer to.

But when it’s bad, it’s bad. There’s the frustration of wondering why an ex would rather watch your life than be part of it. There’s the disappointment when someone who has been orbiting for some time never does get any closer. And there’s acceptance of the hard truth of all digital romance: Eventually the relationship must be taken offline, or brought to an end.

Kristine Mahan, 23, of Denver, came to experience orbiting after a “painfully digital” seven-months-long relationship with someone who lived in Minnesota while she lived in Boston. One day, not two weeks after they had last visited each other, he stopped responding to texts and Snapchats all at once and without warning, as if the past several months had been simply deleted.

“One thing he didn’t stop doing, though, was watching my Stories and liking photos on Instagram,” Ms. Mahan said. At first she felt hurt by the silence and confused by her ex’s sustained surveillance of her online life. But after some time, Ms. Mahan came to see the behavior as a form of contact. “I felt the urge to send subliminal messages via my Instagram Stories, knowing that was the only way I could communicate with him,” she said.

Ian Coon, 21, of Des Moines, ditched Snapchat altogether, in part because of the number of former friends and dates who were orbiting his account. When he met his current boyfriend, he said, “if I cared enough to get to know him, I had to text or FaceTime or — gasp — go on a date.”

Sometimes, orbiting is so inexplicable that it just feels rude. Alexi Mojsejenko, 22 and living in New York, believes there’s someone from her past who views her Stories to spite her, but withholds likes and comments on her Instagram posts.

Kate, a 27-year-old living in Colorado, took a more positive view. She says that orbiting has become a form of flirting for many people.

“The bold ones will go far and like things from way back, which is definitely saying something,” she said, referencing posts on her Instagram account. “Or they are just clumsy and accidentally showed they stalked.”

She said that orbiters avoid liking family photos or scenic pictures. Liking selfies, on the other hand, is an optimal way to orbit someone without acknowledging their existence offline.

It should also be said that orbiting isn’t always intentional. Instagram Stories stream seamlessly into one another (and ads), so it’s possible to view someone’s day-to-day updates by accident, without ever digging deeper into their posting history.

Regardless, it’s a fact that dating is confusing, and orbiting can make that worse. Small online behaviors are infinitely interpretable, making it impossible to understand where you and another person stand. The lurking of a potential connection makes you wonder whether they’ll ever materialize in person. And the orbiting ex only serves to keep you mired in a shadow version of the relationship, wondering, each time he or she views one of your Stories, what happened or what could have been.