Shortly after a summary of the Mueller Report was submitted to Congress by Attorney General William Barr clearing President Trump of collusion with Russia, the odds of impeachment plummeted (tab over to 24 hr chart). 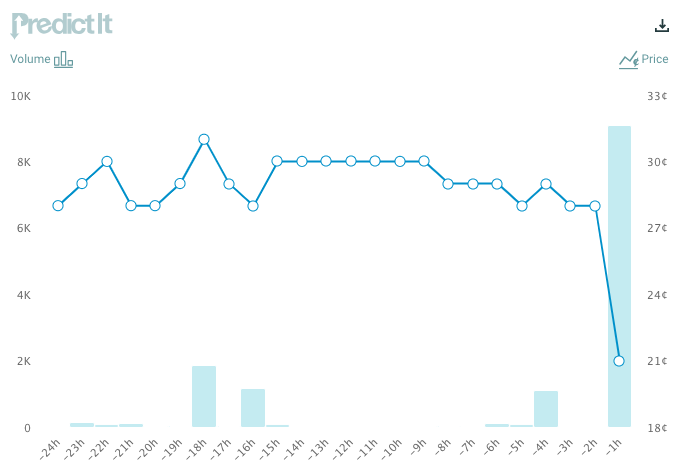 Specifically, “The Special Counsel’s investigation did not find that the Trump campaign or anyone associated with it conspired or coordinated with Russia in its efforts to influence the 2016 Presidential election.”

And while the Mueller summary leaves the door open for AG Barr to determine whether Trump obstructed justice, Barr sees no obstruction – writing in conjunction with Deputy Attorney General Rod Rosenstein that they “concluded that the evidence developed during the Special Counsel’s investigation is not sufficient to establish that the President committed an obstruction-of-justice offense.”

Trump’s odds of becoming the 2020 Republican nominee spiked as well, and his chances of winning the next election jumped.