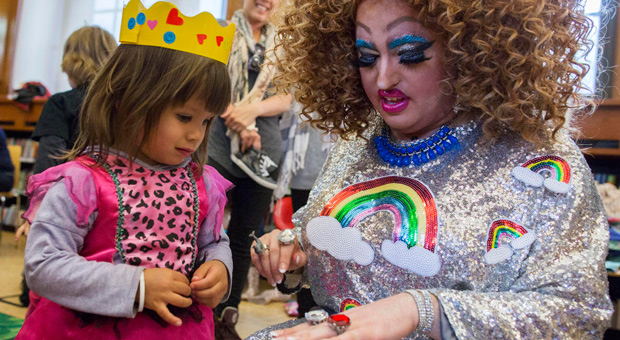 The parents of an 8-year-old boy in Woodburn, Oregon, are suing the school district for $999,999 after they say their son was taken away from recess and forced to sit through transgender re-education as school officials thought the boy wanted to “transition” and encouraged him seek gender reassignment.

The parents of an elementary student suing the Woodburn School District for almost a million dollars say a second-grade teacher kept their son from recess and educated him without their permission about being transgender.

The lawsuit filed in Marion County Circuit Court accuses the school of false imprisonment, negligence and the intentional infliction of emotional distress.

The student was 8 years old when his teacher, after noticing the boy used the staff bathroom, pulled him aside, kept him from recess and showed him videos and books “in an effort to promote (him) becoming transgender,” according to the complaint.

The then-second grader at Nellie Muir Elementary School and his parents had made arrangements with the school for him to use the staff restroom because of a digestive-related medical condition.

His teacher assumed the boy was not comfortable using the public boys’ restroom because he was transgender, according to the lawsuit.

The complaint also alleges the following:

In April 2018, without notifying the parents and without any authorization from the school district, the teacher began developing a lesson plan to help the boy understand what it meant to be transgender.

She then began keeping the student inside the classroom alone during recess at least three times to show him videos and teach him “it is acceptable to become transgender.”

These lessons included episodes of the reality television series “I Am Jazz” about a transgender girl named Jazz Jennings, books “I Am Jazz” and “Who are You? The Kid’s Guide to Gender Identity” and discussions on the difference between male and female body parts.

The books and show, which were recommended by an “unknown non-school employee transgender individual,” exposed the boy to sexual topics and sexual discussions, according to the lawsuit.

During the lessons, the student was not allowed to go outside for recess until he finished the videos or books.

At the end of the school week, the teacher told the boy to take the books home and share them with his family.

His parents first found out about the lessons when he brought the books home.

“(They) were extremely shocked to find out that she would expose (their son) to various sexual concepts, such as the difference between male and female body parts,” the family’s attorney Edgar Diaz said in the lawsuit.

The parents filed a complaint with the school but said school officials minimized what has occurred, telling them “If this happened in Portland, it would not be a big deal.”

The school stated in a hearing letter that evidence was found that the teacher pulled the student from regular activities and shared potentially controversial materials without his parents’ permission.

Officials recommended the teacher follow school policy when it comes to “controversial issues” and notify parents when she alters a student’s regular school day.

The lessons had lasting damage, according to the lawsuit.

The boy became confused about whether he going to turn into a girl. He now shies away from playing with “girl” toys or playing “girl-related” games. He underwent personality changes, becoming more depressed, aggressive and isolated and now attends counseling.

“He has also become afraid of attending his current school, seeing (the teacher) and using the boys’ bathroom,” Diaz said in the complaint.

His parents have also struggled with anxiety, stress and depression following the incident.

The parents now fear their son will have gender identity issues because the teacher, not them, taught their son about identity.

The lawsuit accuses the teacher of false imprisonment for confining the student during recess time without a valid reason and claims the school breached the “special duty entrusted by the law” to supervise teachers and protect students from controversial topics and emotional harm.

Diaz said the school district failed to properly train and supervise the teacher.