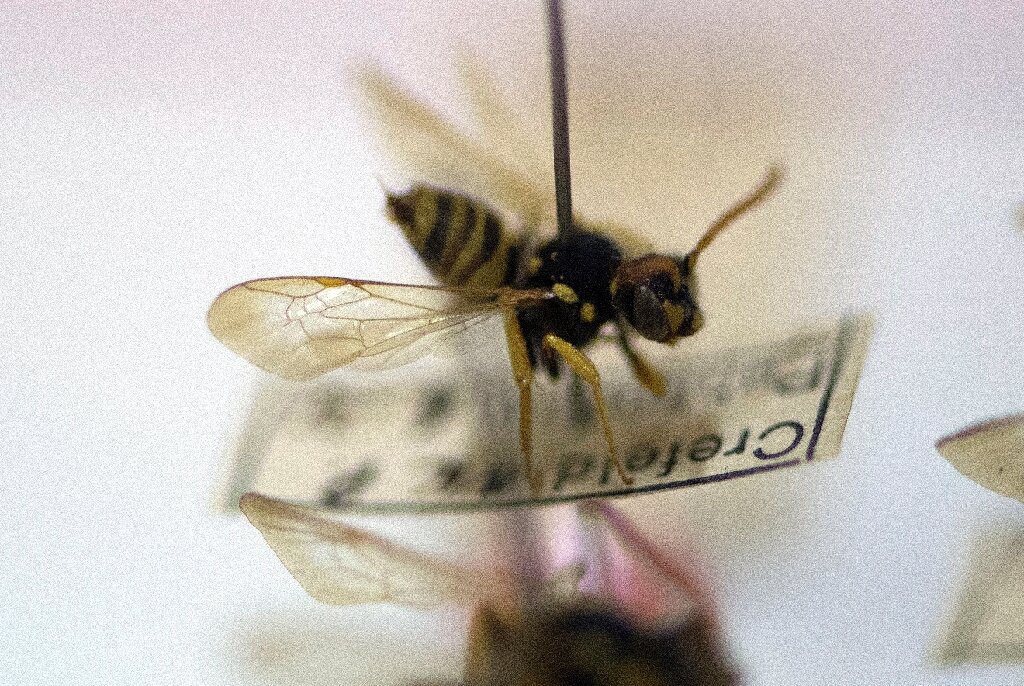 Insects, which comprise two thirds of all terrestrial species, have been dying off at alarming rates, with disastrous impacts on food chains and habitats, amateur German researchers have found

For almost 30 years they passed as quirky eccentrics, diligently setting up their insect traps in the Rhine countryside to collect tens of millions of bugs and creepy crawlers.

Now the group of German entomology enthusiasts can boast a world-class scientific treasure: evidence of what is described as one of Earth’s worst extinction phases since the dinosaurs vanished.

Insects, which comprise two thirds of all terrestrial species, have been dying off at alarming rates, with disastrous impacts on food chains and habitats, researchers say.

The home of the Amateur Entomology Society of Krefeld on the Dutch border is a former school building where thick curtains block out the sunlight.

Inside in glass cabinets are stored thousands of butterflies, their wings bleached by time, along with exotic fist-sized beetles and dragonflies, brought back from around the world by amateur collectors.

He and an army of volunteers have over the years gathered as many as 80 million insects that are now floating in countless ethanol bottles. 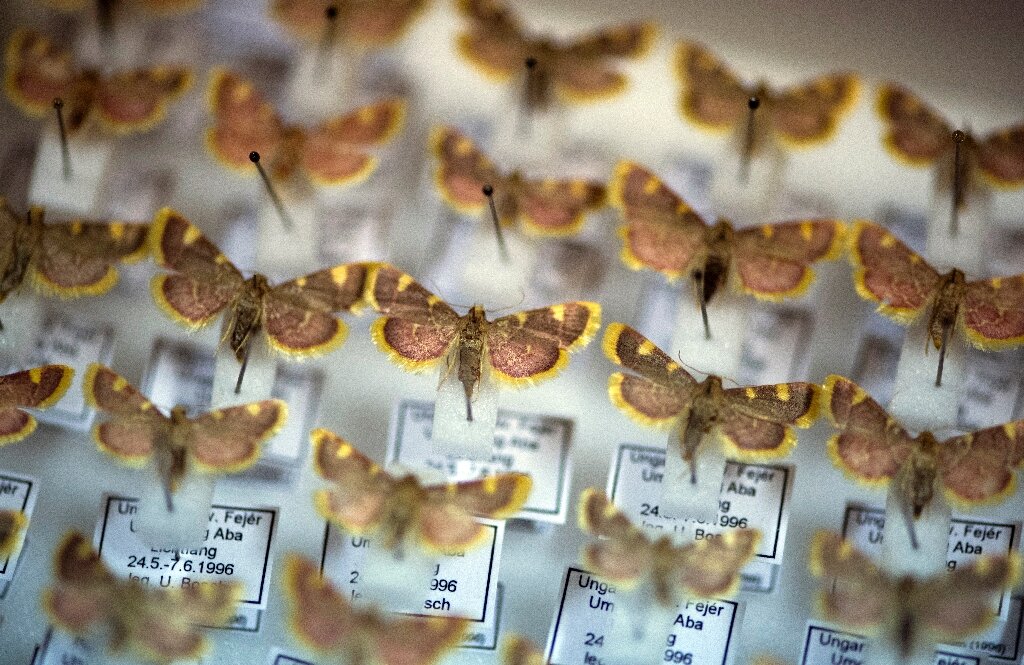 These butterflies are part of a collection of insects at the Entomology Society in Krefeld, western Germany that its president says is a “treasure trove” of quantitative data

Each bottle contains the amount caught by a single insect trap over a set period, and each box represents a collection of such catches over nearly three decades.

“Since 1982, the traps we manufacture ourselves have been standardized and controlled, all of the same size and the same material, and they are collected at the same rate in 63 locations that are still identical,” explains Sorg.

The result is a treasure trove of quantitative data that dwarfs that of any funded university project, he says.

But if he is visibly proud of the society’s research, the outcome terrifies him: in the test period, the total biomass of flying insects here has plummeted by 76 percent.

To demonstrate the rapid decline, a lab technician holds up two bottles: one from 1994 contains 1,400 grams of trapped insects, the newest one just 300 grams.

“We only became aware of the seriousness of this decline in 2011, and every year since then we have seen it get worse,” says Sorg, the man who sounded the alarm.

At the time, the news didn’t make major waves outside ecological circles. 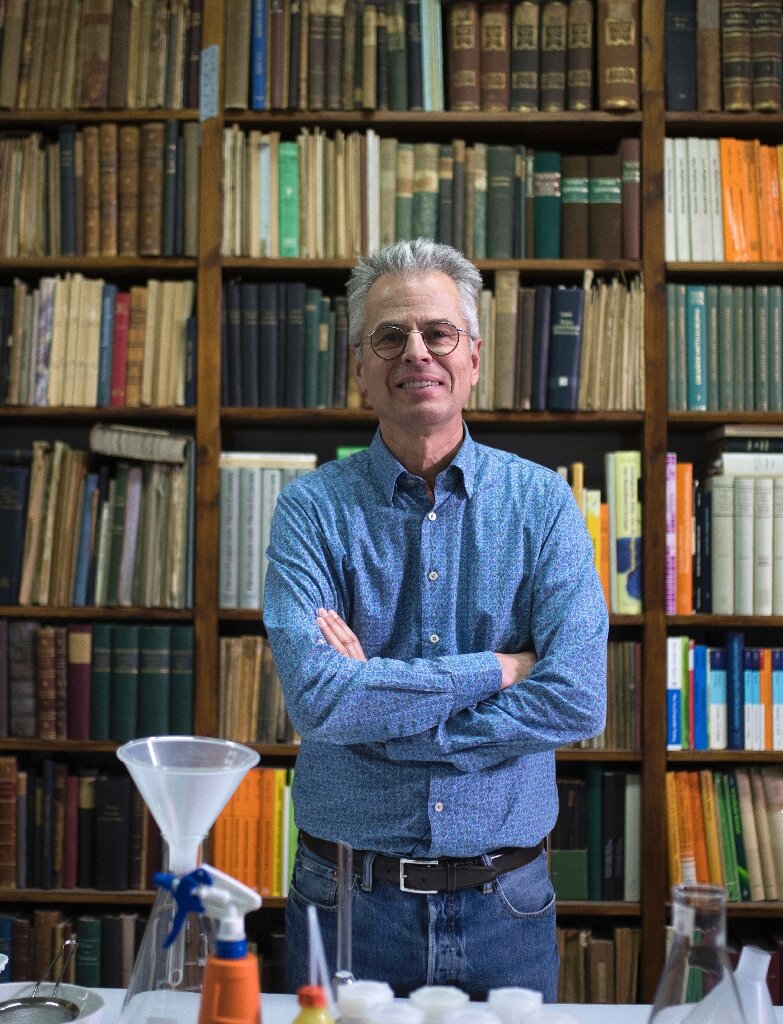 Concern about biodiversity loss focused mostly on large charismatic mammal species, and environmental monitoring such as that in Krefeld was considered a quaint Sunday hobby, largely ignored by the scientific community.

Also in 2011, just across the Dutch border, ecology professor Hans de Kroon was working on the decline of birds in the region.

He hypothesised that the birds suffered from a shortage of food, especially insects, but had no data to prove it.

“Then our German colleagues from Krefeld got in touch and said, ‘we have the data, we’ve witnessed a strong decline, we are very concerned, could you analyse the data?’.

“That’s how it all started.”

‘Point of no return’

In the search for the cause, the landscape around Krefeld provides some clues. 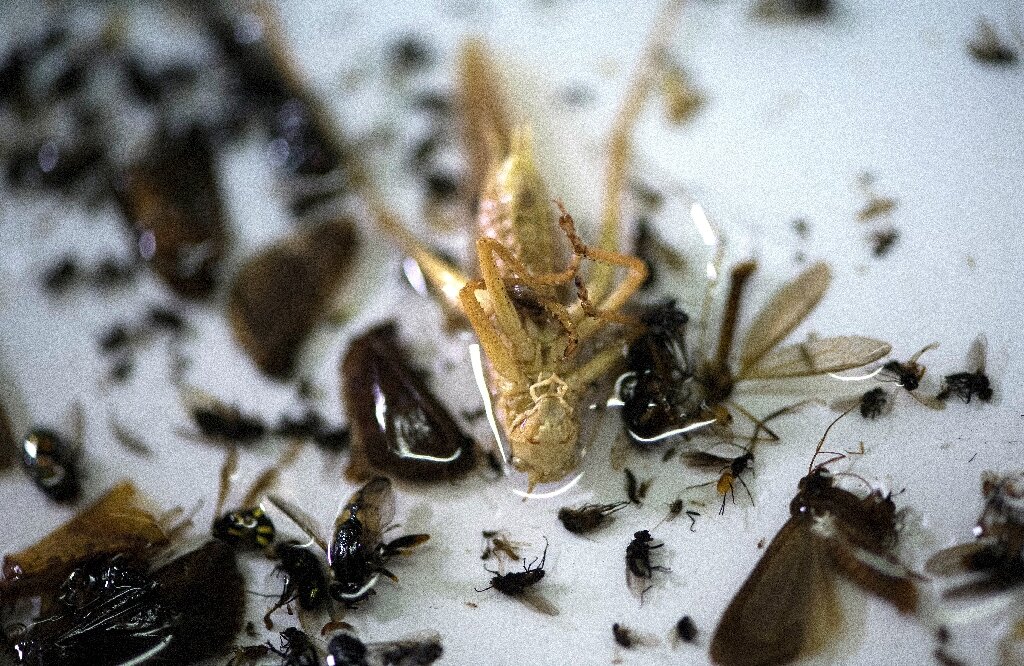 On one side of the road lies a protected nature reserve. On the other, a sugar beet field is being sprayed with pesticides by an agricultural machine.

“You see, protected reserves are not so protected,” says Sorg.

Across the border, Kroon says, “we must realize that here in western Europe our nature is getting smaller, the agriculture fields are very hostile to insects. There is no food, they get poisoned.

“And nature areas are also more and more isolated. Insects can’t move from one place to another, it’s too far away.”

Although the exact cause for the die-off is not yet clear, he says, “the cause is anthropogenic, there’s no doubt about it.

“It is our greatest fear that a point of no return will be reached, which will lead to a permanent loss of diversity.”

The Krefeld research played a central role in a meta-study published by Francisco Sanchez-Bayo and Kris Wyckhuys from the Australian universities of Sydney and Queensland. 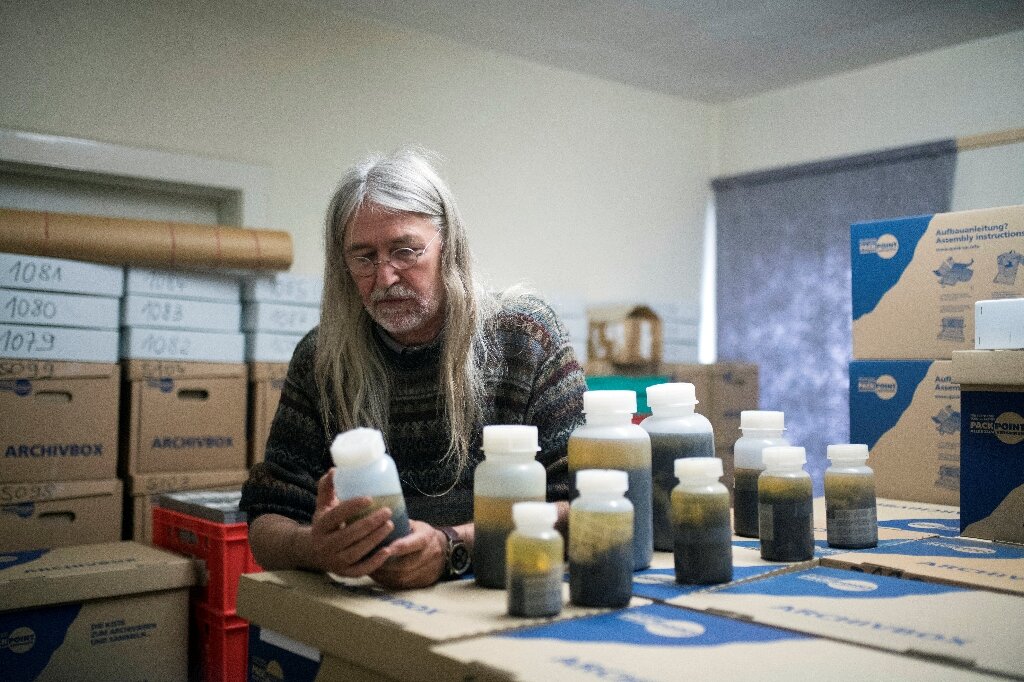 Martin Sorg, head of the volunteer-run Entomology Society Krefeld says: “in western Europe our nature is getting smaller, the agriculture fields are very hostile to insects

In February, they published the first synthesis of 73 studies on entomological fauna around the world over the past 40 years, listing places from Costa Rica to southern France.

They calculated that over 40 percent of insect species are threatened with extinction, and each year about one percent is added to the list.

This is equivalent, they noted, to “the most massive extinction episode” since the dinosaurs disappeared.

The main drivers appeared to be habitat loss and land conversion to intensive agriculture and urbanization, followed by pollution, mainly from pesticides and fertilizers, invasive species and natural climate change.

“The conclusion is clear,” they wrote. “Unless we change our ways of producing food, insects as a whole will go down the path of extinction in a few decades.”

Source: by by Daphne Rousseau | Phys.Org