They’re running out of space to store radioactive water. 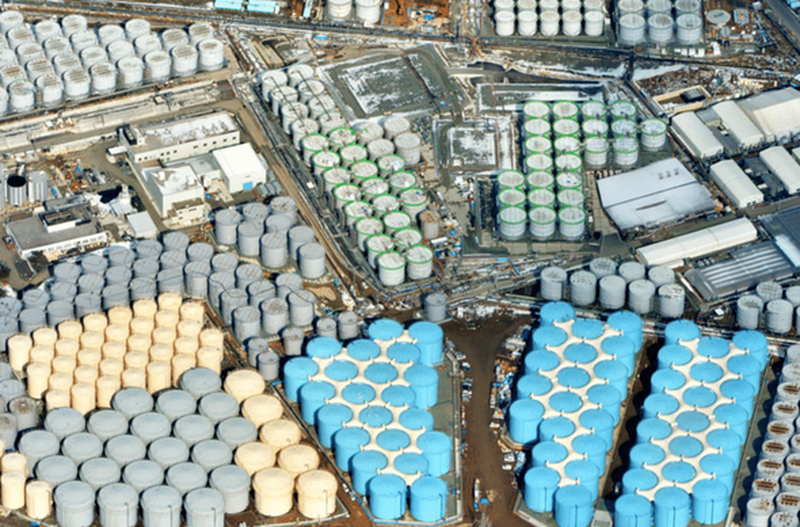 South Korea has fired off a letter to the International Atomic Energy Agency (IAEA) to express concerns over a Japanese plan to release radioactive water into the ocean which has been collected since the 2011 nuclear disaster, according to NHK.

An official of South Korea’s science ministry said on Thursday said that the letter expresses the country’s serious concerns about the environment impact of such a release. The official also said South Korea asked the international nuclear watchdog to play a more active role on the issue. –NHK

Tokyo Electric Power Company (TEPCO), which operates the plant, is storing over 1.12 million tons of radioactive water on site, which is slated to reach capacity in 2022. The contaminated water has been treated using a system known as ALPS (multi-nuclide removal system), which removes 62 types of radioactive elements – not including tritium, before being stored stored in massive tanks on the Fukushima Daiichi grounds.

The plan to release diluted wastewater into the ocean is one of several measures being discussed by an expert panel as possible ways to deal with the problem. Adding storage tanks is another option – which would kick the can down the road.

the Japanese government is pushing to have the water released into the sea. But based on an investigation of 890,000 tons of Fukushima Daiichi water that had undergone ALPS purification (950,000 tons total), TEPCO announced in September 2018 that 750,000 tons – more than 80% – still included radioactive material above emission standards. Fukushima-area fishers continue to oppose the release of Fukushima Daiichi water in the ocean on that basis, and the Japanese government has yet to proceed with the discharge. –Hankyoreh.kr

On Wednesday, the Japanese government announced that it had invited foreign diplomats to its Foreign Ministry in Tokyo for a briefing on the situation – the 103rd such meeting, yet the first one ever announced.

“Since the start [of the briefings], we have continued to provide information to diplomats in Tokyo about conditions at the Fukushima Daiichi Nuclear Power Plant since the East Japan earthquake,” said the ministry.