A video out of Hamilton, Ontario shows Antifa protesters screaming in the face of and blocking the path of an elderly woman using a rolling walker. 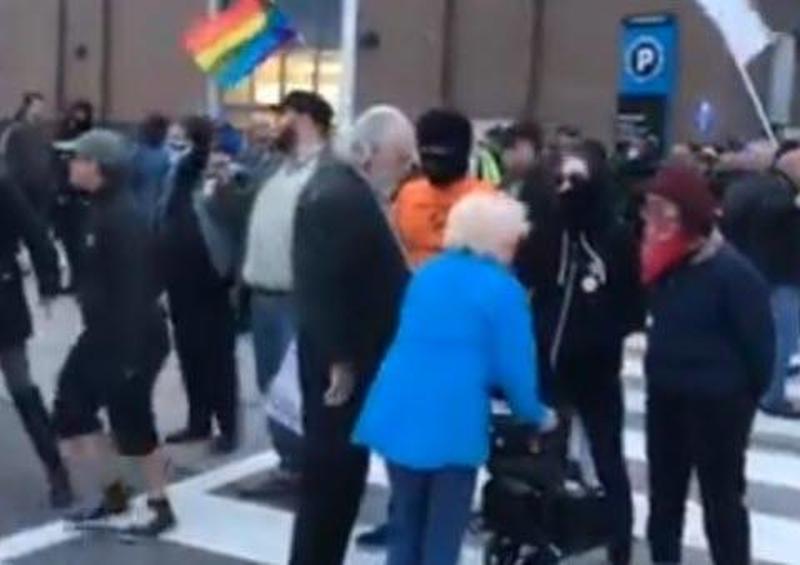 The clip shows an elderly couple attempting to cross the road while being accosted by a maniacal woman wearing a red face mask and two other Antifa members.

“Nazi scum – off our streets!” yells the woman as the couple calmly attempts to go about their business.

The elderly man appears to try to reason with the protesters but only receives more abuse in return.

Respondents to the clip expressed their utter disgust.

“The poor woman couldn’t even walk by herself. Do these guys think they’re tough for picking on the elderly?” asked one.

During the protest itself, Antifa members scuffled with Bernier supporters and police subsequently arrested four people.