Former San Francisco mayor and California lawmaker Willie Brown has given the cold shoulder to his former side-piece Kamala Harris, whose career Brown says he boosted while the two were dating decades ago.

“Yes, we dated. It was more than 20 years ago. Yes, I may have influenced her career by appointing her to two state commissions when I was Assembly speaker,” Brown wrote in January, adding “And I certainly helped with her first race for district attorney in San Francisco.”

That said, just because Kamala and Brown went to pound town doesn’t mean she’s earned his endorsement – as the 85-year-old retired politician says that Hillary Clinton should “come out of retirement, lace up the gloves and get back in the ring with President Trump for what would be the biggest political rematch ever.“

“Call me crazy, but from what I’ve seen so far, Clinton is the only candidate short of Barack Obama who has the brains, the battle-tested brawn and the national presence to take out Trump. And Obama can’t run,” wrote Brown in the San Francisco Chronicle.

Brown notes that Bernie Sanders “was fading even before his heart started acting up,” and former Vice President Joe Biden “has become Trump’s main talking point in the whole Ukraine-China impeachment mess, which hardly helps him,” adding “And he wasn’t exactly running away with it before that.”

“Think about it. Hillary is still the smartest of the bunch. She’s also better known than any of the candidates, so she doesn’t need a lot of money. “Most of all, she can take a punch. Heck, she can take a 2-by-4 over the head and stay standing.” -Willie Brown

According to PredictIt, Clinton is currently tied for fourth place with Bernie Sanders to win the Democratic presidential nomination. 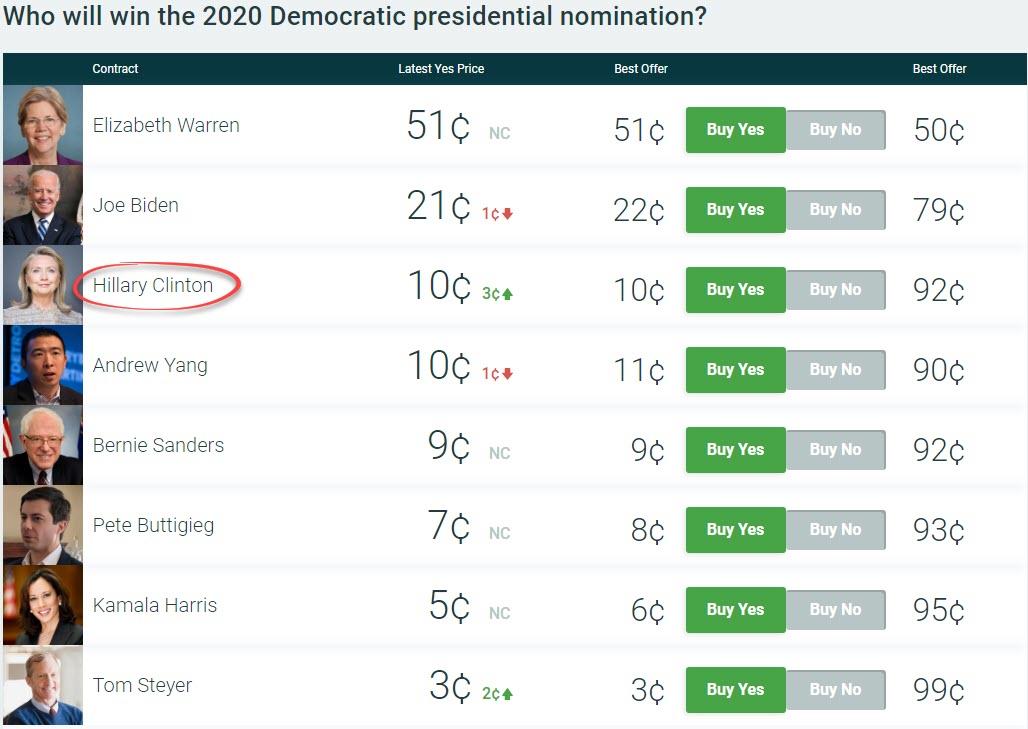 Meanwhile, the RealClearPolitics poll aggregator looks as though Warren is about to make Joe Biden irrelevant, while Bernie Sanders has fallen off a cliff amid his heart attack. 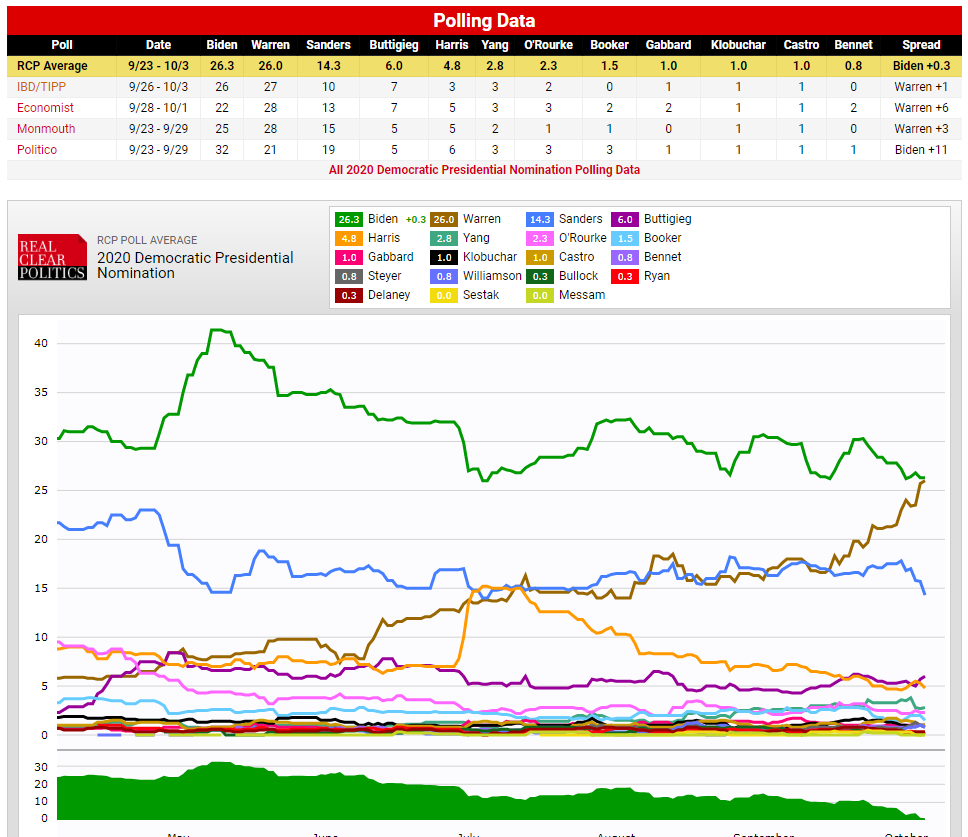 Tulsi takes down Kamala Harris over her record on criminal justice reform, the death penalty, and the war on drugs -TULSI2020 #DemDebate #Tulsi2020 https://t.co/7XQoiqHThu pic.twitter.com/epf58iQNYI