With William McRaven’s call to oust President Trump—maybe through impeachment, maybe through a coup—the military officer class joins the establishment in claiming a right to rule, regardless of the outcome of elections.

(Angelo Codevilla) Retired Admiral William McRaven devoted the bulk of a New York Times op-ed to appropriating for himself the moral and hence political authority of generations of soldiers and sailors (pointedly, especially the female ones) who have sacrificed for America, for “the good and the right.” Then he gratuitously stated—citing no specifics, as if everyone already knows—that “President Trump seems to believe that all these qualities are unimportant or show weakness.”

McRaven concludes, “it is time for a new person in the Oval Office—Republican, Democrat or independent—the sooner, the better.” At the very least, McRaven called for impeachment ahead of an election, or perhaps for a coup, and pretended to do so on the military’s behalf. In fact, his was just one more voice from an establishment that has squandered the public’s trust, senses that it can no longer win elections honestly, and is pulling out all the stops.

It pretends to be trying to take down Donald Trump. In fact, it is trying to do something much bigger: Invalidate the votes of the “deplorables” who oppose them.

I suggest that the just response from self-respecting Americans to McRaven and others like him is: “Who the hell do you think you are?”

Consider the enormity of pretending to speak for past and present uniformed personnel. Given that the overwhelming majority of active-duty and retired armed service members voted for Trump in 2016, and that polls show they are likely to do so again, it’s a patent falsehood to insinuate the rank-and-file’s notion of “the good and the right” matches McRaven’s own.

McRaven’s essay merely, and dishonestly, adds to the united ruling class’s effort to attack Donald Trump outside of constitutional procedures by feeding the media’s production of innuendos.

Then consider a few of these notions of “good and right.” Following rules and the chain of command is high among them, especially for the military. Officers are supposed to obey superiors. That authority flows from the president. Why? Because only the president is elected by the whole people, and because the Constitution, which they are sworn to “uphold and defend,” says so. If officers cannot abide superiors, they are supposed to resign their commissions.

But McRaven and a host of senior officers do not resign. They subvert.

The Constitution prescribes all manner of procedures by which any and all who dissent from the president can counter him, including legislation, overriding vetoes, and impeachment. But McRaven’s essay merely, and dishonestly, adds to the united ruling class’s effort to attack Donald Trump outside of these constitutional procedures by feeding the media’s production of innuendos.

The Democratic Party pretends to be trying to impeach. But they know, since any Republican who joins them would be ending his career in elective politics (not, alas, in the establishment), that they have zero chance of removing Trump from office.

They hope, however, that the sheer weight of innuendos—regardless of how implausible—will turn the 2020 election because the media allows no contradiction. That is why they are conducting what they call an impeachment campaign via secret testimony, the content of which the public can know only through what the Democrats and the media say through selective leaking. This is the patent dishonesty to which the former admiral prostitutes himself.

The American people’s proper and just reaction should be to remind the ruling class that as Alexander Hamilton said, “here, the people rule,” and hence pointedly to ask our would-be rulers what they have done that we should follow them?

McRaven really does speak for a substantial percentage of senior military officers. Their views are on display nightly on Fox News. It is time for the American people to realize that these, like their counterparts in the intelligence agencies, are no heroes.

If we ask what they have done for us that we should have confidence in them, we realize that these people have lost every war they have waged since 1945. Accommodating themselves to our corrupt ruling class, they have been happy enough to wage endless no-win wars which have killed as many Americans as did World War I. The current military dictionary has no entry for “victory.”

Most recently, thousands of Americans have been killed and maimed in Iraq and Afghanistan because senior officers did not object to the ruling class’s desire to use U.S. forces to settle foreign quarrels by operating in constantly replenished minefields. Living in minefields violates basic military common sense and ethics. But senior officers have prospered. Intertwined with the ruling class, they end their careers on defense contractors’ corporate boards and in villas on the golf course. Now, as part of the ruling class, they join in claiming a right to rule us deplorables regardless of elections. We can thank McRaven for making that clear.

This ex-draftee is inclined to salute them with the middle finger.

NYT: Screw You Filthy Deplorables And Your Pathetic Voting Delusions; We Are The Permanent Government And You Are Nothing But Tax Cattle 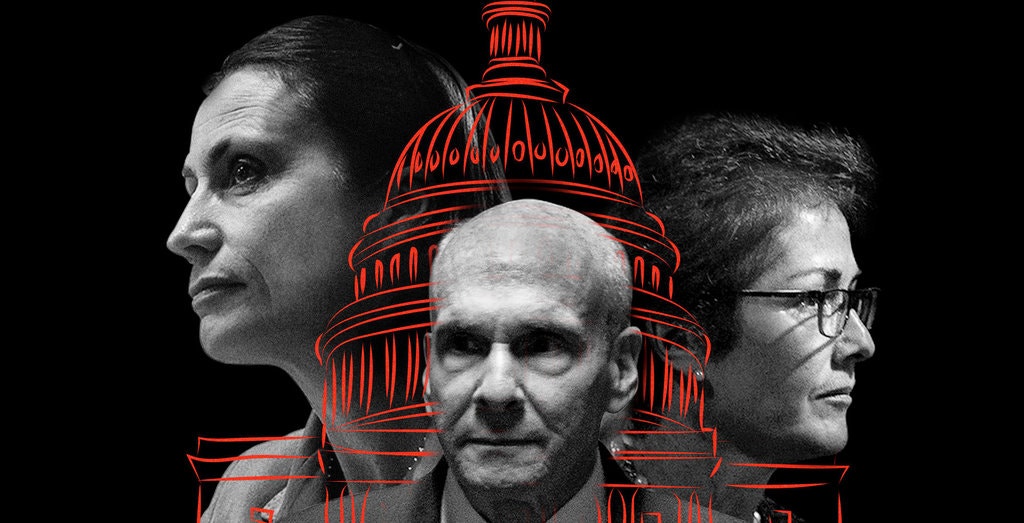 There is no living under the rule of these tax feeders.

You do understand, right?