A federal judge has reversed his previous ruling and allowed Covington Catholic pro-life student Nick Sandmann to proceed with his defamation lawsuit against the Washington Post. 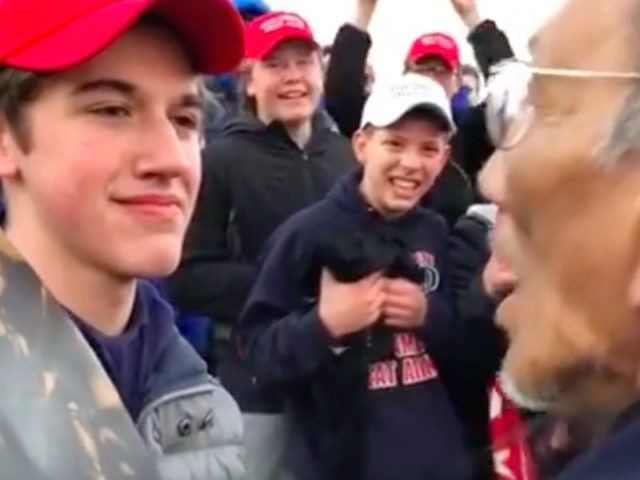 Judge William O. Bertelsman of the U.S. District Court for the Eastern District of Kentucky, a Jimmy Carter appointee, partially reversed his previous ruling in which he dismissed Sandmann’s $275 million lawsuit. The reversal will permit the Covington student’s lawsuit to proceed, reported LifeSiteNews.

As Breitbart News reported, Sandmann “became the focus of the anti-Trump media” as an extended video and additional in-person reports of the confrontation showed it was Phillips who had intimidated Sandmann while the teen and his fellow classmates were simply performing school cheers as a group of Black Hebrew Israelites shouted racist insults.

The Washington Post admitted to the existence of vague “subsequent reporting” but neither retracted nor apologized to Sandmann for its false reporting.

Bertelsman dismissed the lawsuit based on the Post’s failure to name Sandmann specifically and said that the “rhetorical hyperbole” of the news outlet was protected by the First Amendment.

President Donald Trump tweeted that Sandmann was “smeared by media”:

Looking like Nick Sandman & Covington Catholic students were treated unfairly with early judgements proving out to be false – smeared by media. Not good, but making big comeback! “New footage shows that media was wrong about teen’s encounter with Native American” @TuckerCarlson

Kristan Hawkins, president of Students for Life of America, said in a statement to Breitbart News that, each day, her organization “defends the free speech rights of students to stand for life in public in what is supposed to be a free society.”

The mistreatment of students as they attended the March for Life should offend all Americans who believe that each of us is protected when we act on our own consciences. It’s a good thing when a judge decides to respect students’ rights to be heard and to be seen with respect.

“As someone who works every day to defend the rights and needs of mothers and their preborn children, I know that the media often ignores and mischaracterizes pro-life Americans,” Hawkins added. “But our system of justice should protect the rights and freedoms of Americans who stand for the weakest among us, those whose life exists in the womb and who don’t have a voice or a vote.”