Fifty years ago, an international team of researchers was commissioned by the Club of Rome to build a computer simulation of exponential economic and population growth on a finite planet. 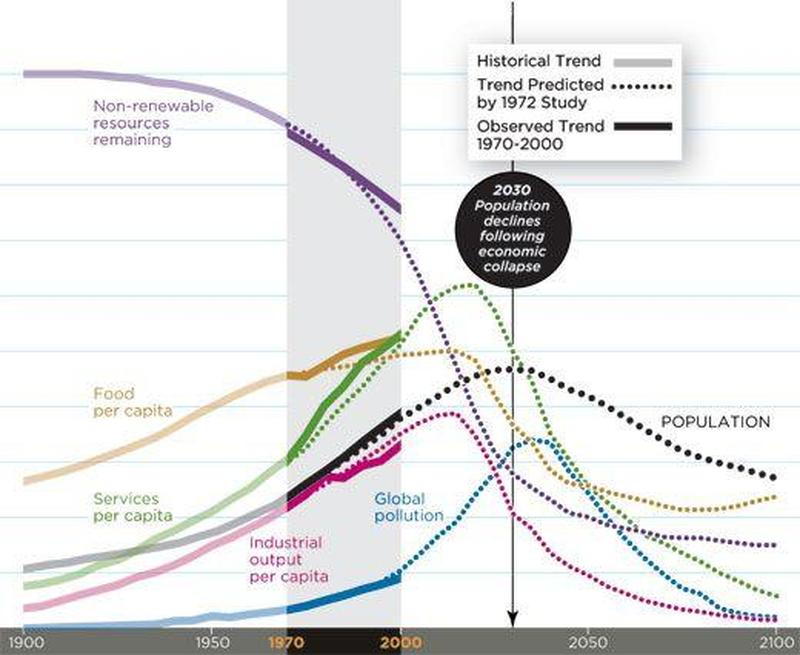 In 1971, its findings were first released in Moscow and Rio de Janeiro, and later published in 1972 under the title The Limits To Growth. The report concluded:

Few reports have generated as much debate, discussion and disagreement. Though it’s hard to argue that its forecasts made back in the early 1970s have proved eerily accurate over the ensuing decades.

But most of its warnings have been largely ignored by policymakers hoping (blindly?) for a rosier future.

One of the original seventeen researchers involved in The Limits To Growth study, Dennis Meadows, joins us for the podcast this week. Fifty years later, what does he foresee ahead?

We’re without any question moving into the remainder of a century which is going to see, by the end of these decades, a much smaller population, much lower level of energy and material consumption and so forth.

Whether we retain equity among people and avoid the more violent forms of conflict remains to be seen. But sustainable development is no longer an option.

This is one of the most important discussions we’ve ever recorded among the hundreds produced over the past decade.

Click the play button below to listen to Chris’ interview with Dennis Meadows (55m:24s).

Authored by Adam Taggart via PeakProsperity.com,