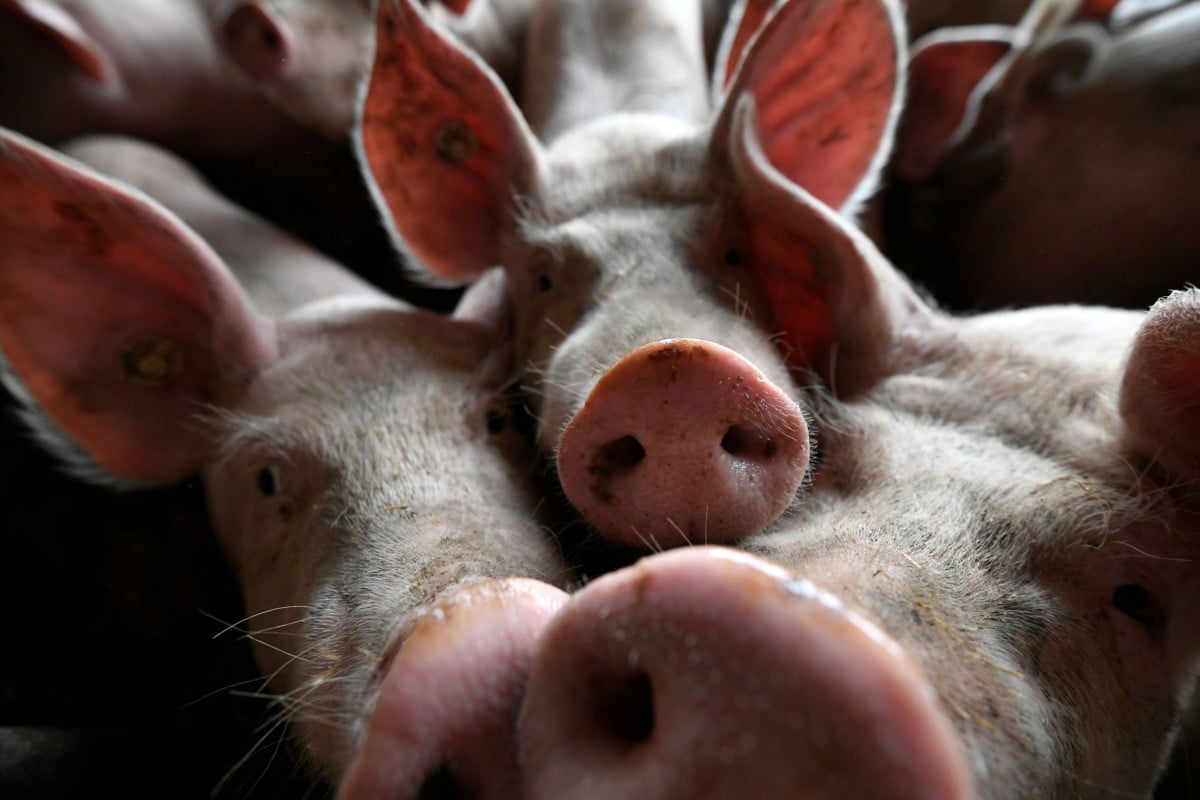 The swine fever epidemic has cut the country’s herds by more than 40 per cent. Photo: AFP

Chinese criminals have been exploiting the country’s African swine fever crisis by intentionally spreading the disease to force farmers to sell their pigs for a low price before smuggling the meat and selling it on as healthy stock, state media has reported.

Sometimes the gangs spread rumors about the virus, which is fatal to pigs, but in more extreme cases they are using drones to drop infected items into farms, according to an investigation by the magazine China Comment, which is affiliated to state news agency Xinhua,

The disease has reduced the country’s pig herds by over 40 per cent because of mass culls designed to stop it spreading further.

The resulting shortages have seen pork prices more than double, providing opportunities for the criminals to exploit.

The magazine’s report said that the gangs tried to spread panic among farmers to force them to sell their livestock at a discount rate.

Sometimes they spread rumors about the disease spreading in the locality and may even leave dead pigs on the side of a road to make farmers believe the infection is spreading.

In some extreme cases, the gangs even placed infected feed inside local pigsties, the report said.