(Ethan Huff) On December 11, Google-owned YouTube published an announcement entitled, “An update to our harassment policy” that explains how “borderline content,” including anything other than full acceptance of and agreement with the LGBTQ agenda, is now a punishable offense on the world’s most popular video platform. 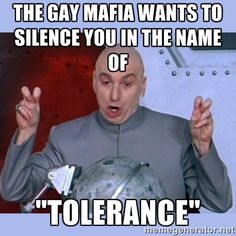 In the interest of “raising up authoritative voices” and making YouTube “a special place,” YouTube is implementing a new rule that prohibits “harassment,” which the Silicon Valley tech giant defines as anything that “suggests violence” or includes “demeaning language.”

You’re probably thinking: What, exactly, constitutes demeaning language? YouTube says it’s anything that “goes too far,” including content that “maliciously insults someone based on protected attributes such as their race, gender expression, or sexual orientation.”

If you’re a YouTube content creator with a monetized channel who makes such comments on other videos, you, too, could be labeled a “harasser” and have your channel demonetized or completely shut down without warning – all to make YouTube “a special place.”

“Harassment hurts our community by making people less inclined to share their opinions and engage with each other,” YouTube contends about why these changes are necessary.

“We remain committed to our openness as a platform and to ensuring that spirited debate and a vigorous exchange of ideas continue to thrive here. However, we will not tolerate harassment.”

Meanwhile, Female Superiority On YouTube Is Welcomed As “Brave” And “Empowering”

Based on the way this YouTube statement is written, it’s clear that this anti-harassment policy only applies to those opposed to the LGBTQ agenda. LGBTQs who harass Christians and other “enemies” will continue to be protected by YouTube as a special free speech class that will never be scrutinized.

It also doesn’t apply to female supremacists, of which there are many operating monetized channels on YouTube, according to National File‘s Kari Donovan.

“The update said YouTube had already been implementing the process for almost a year, saying, ‘We’ve continued to fine-tune our systems to make sure we catch truly toxic comments, not just anything that’s negative or critical,’” Donovan writes, revealing YouTube’s disturbingly subjective criteria for identifying “toxic comments” on its platform.

“However, as of Wednesday afternoon, it appears that YouTube is targeting a specific audience for punishment, anyone who says anything anti-LGBTQ, with their updated policies because there are numerous female superiority videos found hosted on the site.”

According to YouTube, its existing policies prior to the implementation of this new one resulted in the platform removing some 16 million comments in just the third quarter of this year. With this new anti-harassment policy, YouTube expects “this number to increase in future quarters.”

“We may also remove content from channels if they repeatedly harass someone. If this behavior continues, we’ll take more severe action including issuing strikes, or terminating a channel altogether.”

Be sure to check out Brighteon.com, the free speech alternative to YouTube, where you’ll never have to worry about any of this anti-free speech nonsense.