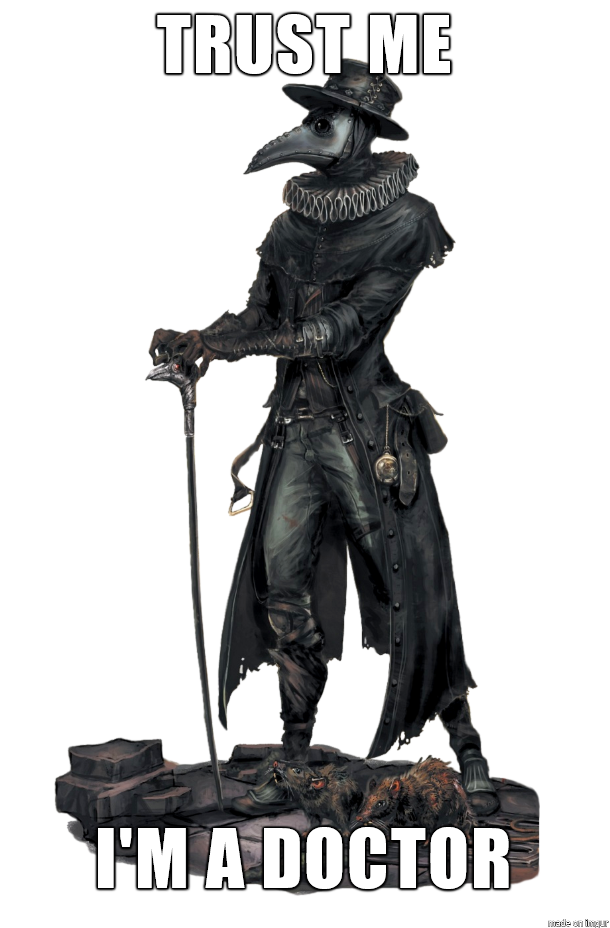 First, go read this short post.
No, really, go. Read.
All of it.
Then come back.

I have no problem with the Dr.’s C.V. and bona fides.
She has quite the resume for dealing with some aspects of coronavirus, and related questions about the burgeoning Kung Flu pandemic. And some good, solid, useful information on several aspects.

But she’s guilty of some rather important and significant misstatements.
I do not call them lies of omission, because I can’t ascribe motivation and intent to what she wrote.

Much of it is correct, as far as it goes.
But some key points are rather woefully lacking in Reality.

“The government is currently screening people coming off of international flights from known risk zones, or coming across the border, and then diverting the people who need it to medical facilities that can handle it.”

1) The fact that they’re doing point-of-care one-time testing, on a disease that incubates for 2-14 days, and perhaps as many as 24 or 28, guarantees the spread of asymptomatic virus carriers into the country, to propagate it hither and yon widespread in a few days, to a couple of weeks. This is the bio-defense version of putting the entire defensive team on the line of scrimmage, and then looking shocked and dismayed when the other team passes over their heads for 3000 yards, and beats you 210-0. Your tax dollars at work.

Sorry Doc, I’m not feeling very de-stressed, fearless, or anxiety-free yet. Maybe you need to go back for some post-doc work on bedside manner and common sense. Just saying.

2) The natural consequence of #1, above is that in short order, there will be no more medical facilities that “can handle it”. We’ve covered this here. The internet moves fast; try and keep up.

“Yes, you should go out and replace basic supplies you’re out of, plus a little extra – not because society is about to break down, but because you might be stuck in the house for a week feeling like absolute trash and too bombed on cold medication to drive or operate anything more complex than a can opener and a microwave.”

3) Sorry, but after #2 becomes reality, “a week” of supplies isn’t going to cut it. And once health care goes down in a pandemic, FFS, society is, in fact, in the process of breaking down.
And then people won’t risk going to work, because they don’t want to get sick. And/or the CDC closes things down, like they’ve already said they will. Public facilities, schools, businesses. But I’m sure the police, fire department, EMS, water, power, gas, telephone service, radio, TV, trash collection, and whatever else you imagine, will be magically unaffected by this, because no one could possibly decide that staying home, healthy, with their families was more important than keeping your fantasies about how society will behave alive amidst a crisis unprecedented in a century or more. Your crystal ball is a bit hazy, isn’t it?

“In extreme situations, schools or workplaces may close under the guidance of local government or management – think snow days.”

4) Um, no. Think snow months. Plural. If TPTB close schools and businesses, over a disease that can incubate for two weeks, perhaps a month, no one’s going to call off a day or three. They’re going to call it off until a month after the last recorded case. Like you do if you got your medical diploma from someplace other than online. Otherwise, you’re just ringing the dinner bell for serial waves of pandemic, and guaranteeing re-infection by some, which at last report, has a wee tendency to cause sudden cardiac arrest and death.
Now I’m really not feeling fearless and anxiety-free at all. Are you sure you’re a real doctor?

5) And snow months means that “a week” of extra supplies, once again, isn’t going to cut it. So maybe start talking about two, three, or six months. Maybe all year. Which, as people watch their 401Ks melt down daily, may bring on even more anxiety among the really susceptible-to-this-virus retirees. Don’tcha think???

“Again, this is not Hollywood-style “civil unrest” with people running, screaming, and looting while armed officers break up any groups larger than three…”

6) Oh, really??
Ever been to Chicagostan? Baltimoronia? Detroitistan? District of Criminals? St. Louis? Philly? Newark? South Central L.A.? Oakland? Anywhere, really.
I mean, FFS, Chicago has more shooting casualties every year than the wars in Iraq and Afghanistan ever did, even at the heights of those conflicts (a truth which really pisses OIF/OEF vets off royally when I point that out), and the people there don’t even have Interceptor vests, MRAPs, M-4 rifles, close air support, or any supporting fires, most days.

Now, doc, have you ever been there (for any value of there) when they’re pissed off?
Like when the market’s closed.
Not the stock market; I mean the supermarket. Or supermarkets, plural.

Or when their EBT cards haven’t been reloaded, because non-essential employees (and a lot of more essential ones) aren’t coming to work to do that?
Didja figure they’d quietly starve in silence?
Or do you think they might go “shopping”, with bricks, torches, and machetes?

What about when the police are running things at 1/2 or 1/3 staff?
How do you see civil unrest under those conditions, doc? Have we gotten maybe just a wee bit out of your depth of expertise here? Just asking. Nothing personal.

I’ve been in two, count ’em, two, city-wide riots. And those were little ones, compared to what we’d see in a months-long pandemic with societal degradation. Both of them affected Hollywood directly, BTW. So maybe a bit less pooh-poohing, and a little more shut-up-and-give-your-eyes-and-ears-a-chance-when-you-don’t-know-WTF-you’re-talking-about, if you catch my drift.

… how to avoid only facing hard decisions.

2 thoughts on “A Failure Of Imagination And Common Sense”