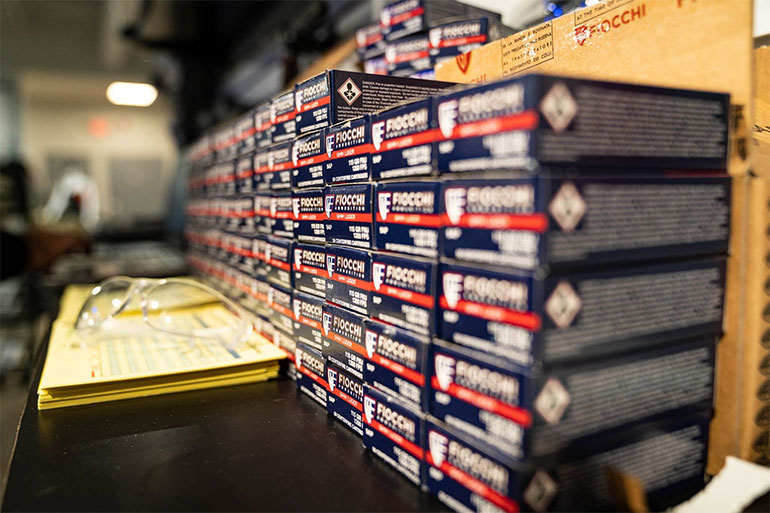 It is important to understand that ammunition pricing is not set by what the ammunition costs to produce, rather it’s determined by what the next batch is going to cost to produce. The profit margin is a set percentage that’s typically going to remain constant as long as production costs remain constant. An important factor in production are labor costs, which are similarly constant unless demand increases or decreases and affects long-term projections. As you can imagine during this unprecedented event, costs are fluctuating dramatically.

Due to factors beyond the control of the ammunition companies, the cost of components and raw materials has more than doubled within the last two weeks. Fiocchi and Vista Outdoors, for example) are two major ammunition manufacturing brands I’ll discuss. Fiocchi is shut down for commercial business and operating with minimal staffing for their military customers. Vista Outdoors is up and running, but they are fervently working to catch up to an unstable market that went berserk. Even with a redirection of resources and a recent price hike to cover it, it’s going to take time before covering their adjusted costs with respect to their actual output stabilizes.

It’s also worthwhile to consider how Covid-19 is affecting the smaller small arms and ammunition providers. Turkey, home to the manufacture of much of the imported shotguns and handguns has been getting frisky with Syria. Even if Turkey’s munitions factories could bear some of the production output in support of their American clients, the shipping ports are generally closed. The same applies to our allies in the Czech Republic. The Czechs could be sitting on mountains of propellant powder, but there is no way to get it to us. Russian-sourced ammo and components are also affected.

In a best-case scenario, it takes more than 20 days for a shipping container to arrive to the U.S. from any of those locations. If cargo has to arrive on the west coast, shipping can take more than 30 days. Plus, a typical minimum of five to 10 days is required to embark and disembark on each side of the trip. So, once the ports reopen, a realistic time frame to see supply levels return to normal is two months — just to get the ammo to U.S. distributors. And that’s if those foreign manufacturing continue to manufacture their product and have them crated, bonded and stocked. According to Fiocchi, that that’s not likely. So figure another 15 to 30 days to get return to manufacturing again if they have the raw components, which they may not because closed ports affect obtaining raw materials, too.

To add to the delay, gun owners are looking at empty shelves, which require massive orders in order to restock. Those orders don’t get processed or ship to retailers all at once, and the same people who are stocking up now are going to continue swooping in once the first shipments of popular loads become available. Folks, we’re looking at a return of the Obama-era run on ammunition where we saw people fighting each over boxes of rimfire.

Prepare yourselves to stay calm. This is going to be a tough slog, likely for the better part of a year. But here’s the thing, friends: We can make this easier on all of us as a community. Don’t hoard ammo that you’re not likely going to need. Of course, be neighborly and make sure your friends have some. Society will be fine because the core our country is strong. Stretch your supplies by incorporating more dry practice, at home laser training and emphasizing marksmanship over shredding targets with bursts of rapid fire. Let’s help one another out.