As states reopen their economies this spring and likely into summer, new threats are emerging that another round of shutdowns could be seen in the second half of the year, which would coincide with the upcoming presidential election.

This time, the closures will not be about “flattening the curve” but rather about politics and damaging the president’s election odds, as the cover to keep non-essential businesses and schools closed is the lack of a proven vaccine.

This is currently unfolding in Kansas as state officials are convinced a possible second stay-at-home order could be managed much better than before, reported WIBW.

At a news conference on Wednesday (May 6), Kansas Department of Health and Environment (KDHE) Secretary Dr. Lee Norman said, “it would not be good science to say if stricter restrictions previously in place will need to be re-implemented.” He said it comes down to the speed of reporting from counties.

“It makes sense for two reasons, one is that’s the incubation period for the virus and you like to see it in two-week increments if you’re making headway,” Norman said.

“Secondly, we’re always trying to catch up in terms of reporting and data entry. Boring as that may sound, it’s a real phenomenon.”

Norman said state officials have learned a lot and are ready to re-implement stay-at-home orders if an outbreak materializes. After he spoke, Kansas Governor Laura Kelly said a second coronavirus wave could be seen in November, coinciding with the elections. Kelly said:

“I think the fact that our schools within a matter of three or four days were able to put together a pretty comprehensive continuous learning program outside of our school buildings will in November if we have to say we have to leave the buildings for a while,” she said.

And there it is, the Democrats could derail the upcoming presidential election by stoking fears of a second coronavirus wave during the election season, which they would usher in the second round of shutdowns, that would certainly make it near impossible for people to vote. And maybe, they would push for mail-in voting… 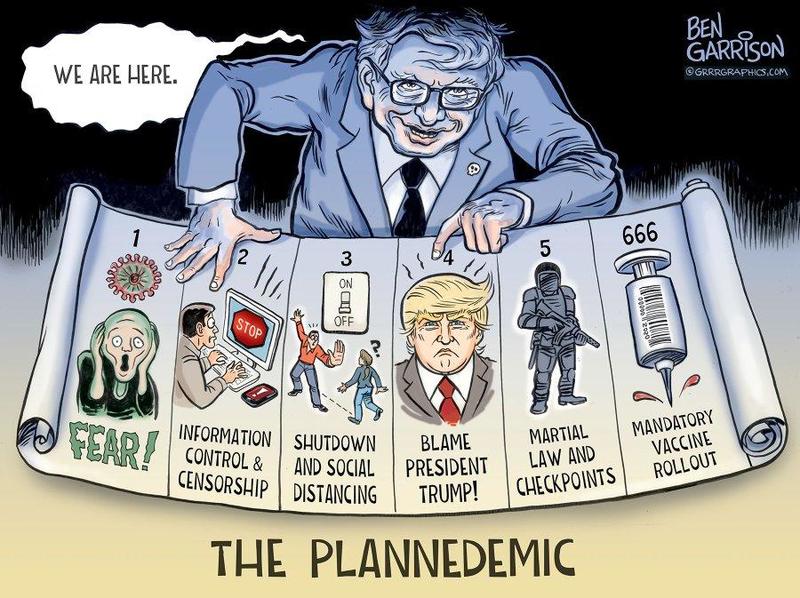 The big issue at play is a massive power struggle between the federal government and Democratically controlled states in reopening local economies. Some of these states are likely to keep restrictions in place, a move that would continue to damage the overall economy and hurt the president’s election odds. What’s happening is that the virus is becoming highly politicized and now weaponized to damage President Trump.

Many red states have eased restrictions — and according to the government’s own models, some do not meet the White House’s own guidelines. This has been a perfect narrative by the Democrats to say reopening is leading to a surge in cases that would eventually lead to a second wave come fall. 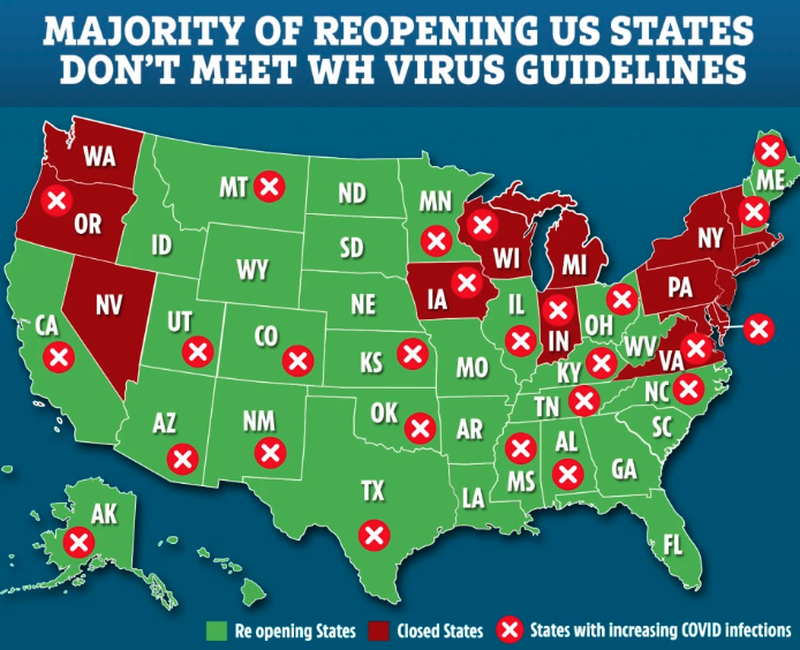 And in Illinois’ case, it will not fully reopen its economy until a proven vaccine is found. 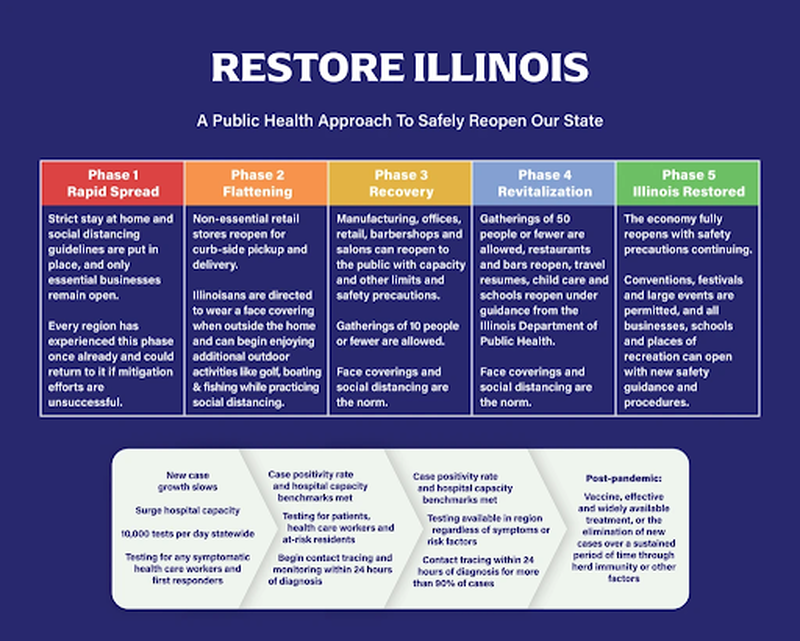 The virus is becoming weaponized by Democrats to damage the president’s re-election odds who hope to shutter the economy in the critical Q3 period. We noted on Wednesday (May 6) that America has become more polarized than ever as Republicans demand a reopening of America and Democrats want continued shutdowns.

When the first Democratically controlled state re-enters shutdowns, it will likely be a domino effect, and others will follow.