Over 2,000 former Justice Department officials signed a letter calling for Attorney General William Barr to resign over his intervention in Lt. Gen. Michael Flynn’s case by the FBI. 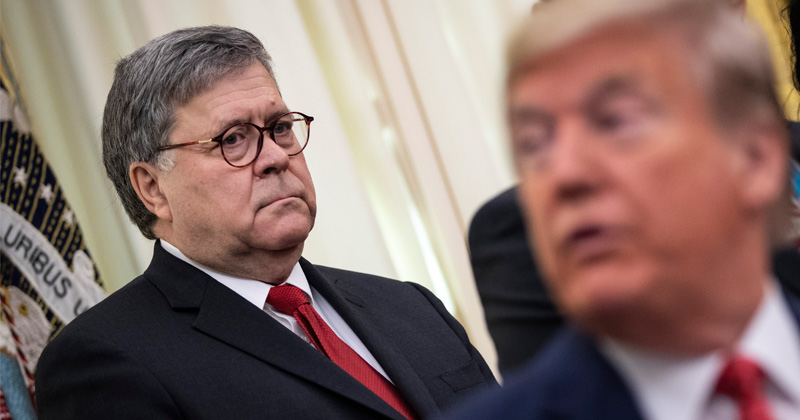 Flynn’s case was dropped last week after court documents were released revealing the FBI entrapped Trump’s former National Security Adviser in an ambush interview and doctored his 302 interview forms in 2017.

The letter, organized by leftist group “Protect Democracy” and publicly signed mostly by career officials within the department, accused Barr of “political interference in the Department’s law enforcement decisions.”

“Attorney General Barr’s repeated actions to use the Department as a tool to further President Trump’s personal and political interests have undermined any claim to the deference that courts usually apply to the Department’s decisions about whether or not to prosecute a case,” reads the letter.

The group of Deep Staters also called for Congress to “formally censure” Barr for his “repeated assaults on the rule of law.”

“We also call upon Congress to formally censure Attorney General Barr for his repeated assaults on the rule of law in doing the President’s personal bidding rather than acting in the public interest. Our democracy depends on a Department of Justice that acts as an independent arbiter of equal justice, not as an arm of the president’s political apparatus.”

Notably, “Protect Democracy” organized a similar political stunt in February also getting thousands of DOJ to call for Barr to resign, but that time it was over his involvement in the Roger Stone case.

Sen. Rand Paul (R-Ky.) noted how convenient it was for thousands of anti-Trump career government officials to reveal their bias and numbers for all to see.