Antifa and BLM have broken into Seattle city hall

Despite their mayor @MayorJenny being beyond progressive

This is the new normal in big cities of America

The commie insurgents were aided by Seattle Councilwoman Kshama Sawant, who was seen alongside the protesters inside City Hall, according to Fox News.

After protesting inside for over an hour, the group left City Hall, chanting “Defund SPD” as they left.

What began as an attempt by Seattle Police to ease tensions after a week of protests by retreating from the Capitol Hill neighborhood has resulted in the establishment of the so-called “Capitol Hill Autonomous Zone” – a six-block section of town which Antifa and other insurgents have occupied, setting up barricades and claiming the area near the Seattle PD East Precinct as theirs.

Seattle @MayorJenny is allowing a dangerous situation to fester. #Antifa militants have taken over & created an “autonomous zone” in city w/their own rules. Police precinct abandoned. Antifa set up barricades to create a border. Calling for volunteers to provide armed guard. pic.twitter.com/ksQI4NI5kP

11th and Pine is a far different scene than last night. pic.twitter.com/D6e1zIeUbp

According to Capitol Hill Seattle Blog, the pullback by the police and National Guard come after police used flash bangs, pepper spray and clouds of gas just after midnight – a standoff which followed a warning from Mayor Jenny Durkan that the city had “specific information from the FBI about threats to the East Precincts and buildings in Seattle.”

On Monday night, seven hours after Police Chief Carmen Best announced held an impromptu press conference, Durkan tweeted that law enforcement would retreat in “an effort to proactively de-escalate interactions between protesters and law enforcement outside the East Precinct.”

Local rep. Kshama Sawant – a longtime critic of Durkan, said on Monday to a crowd of commie insurgents: “What we are seeing now is an uprising. A rebellion of young people. Not just nationwide but globally.” 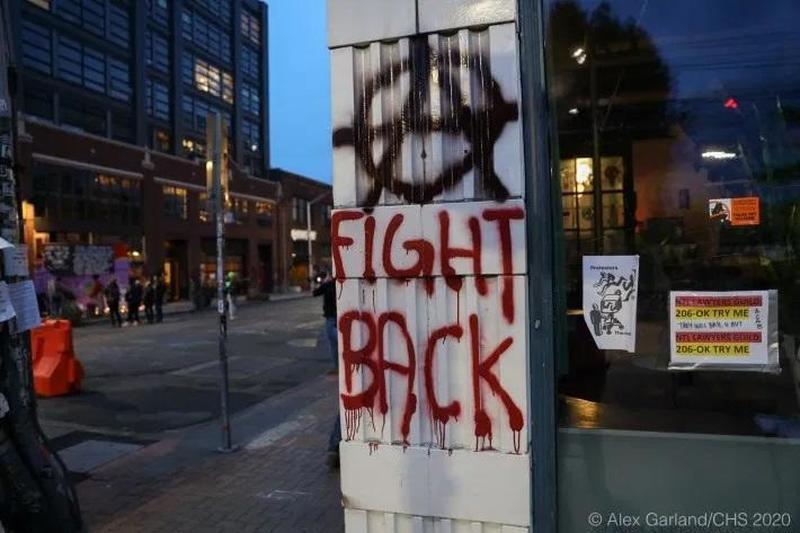 By Tuesday morning, protesters repurposed police barricades into a zig-zag maze to block traffic, while tent shelters were set up to help keep volunteers dry. 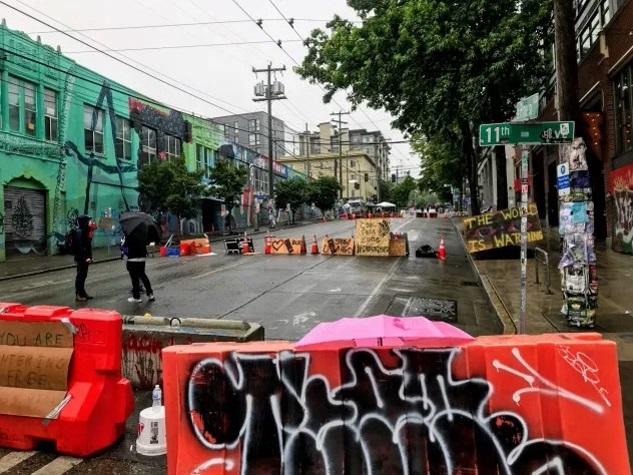 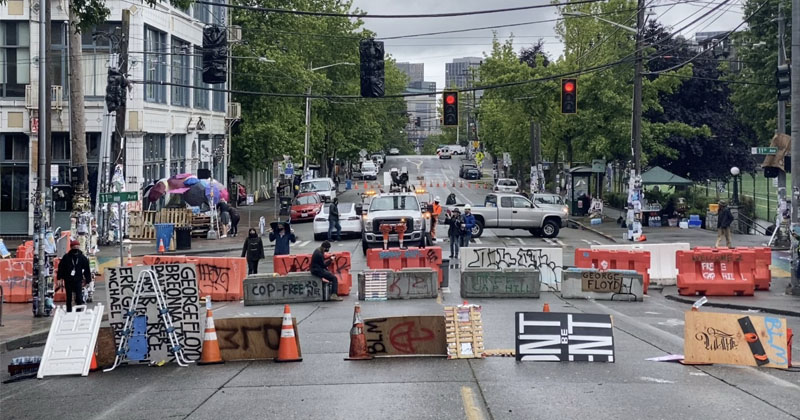