Over 30 years after the end of communism in the Eastern Bloc, the western German city of Gelsenkirchen on Saturday unveiled a new monument to the Soviet leader Vladimir Lenin. Germany’s Marxist-Leninist Party of Germany (MLPD), who led the initiative to install the statue, said it was the first statue of the Russian revolutionary figure to be erected in the former West Germany, decades after the eastern German Democratic Republic (GDR) communist state fell.

The unveiling of the over 2-meter (6.5-foot) tall statue, originally produced in the former Czechoslovakia in 1957, was accompanied by speeches and music. Participants waved red flags from the square where the statue was erected and from the rooftops of the buildings around it. 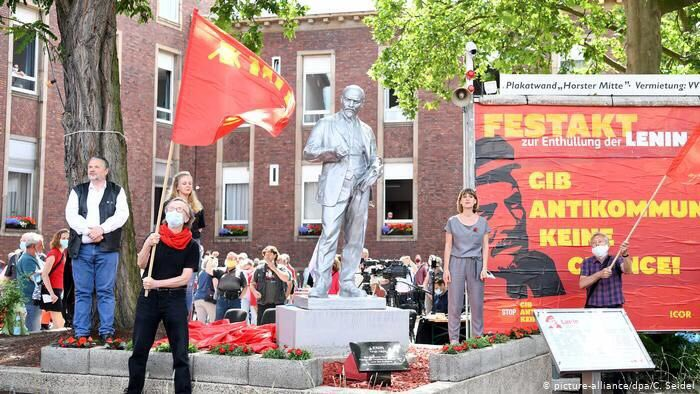 The poster on the right reads: “Don’t give anti-communism a chance”