A radical Black Lives Matter activist took to social media to give fellow leftists advice on how to break into vehicles attempting to pass through their “protests” and remove drivers to be beaten. 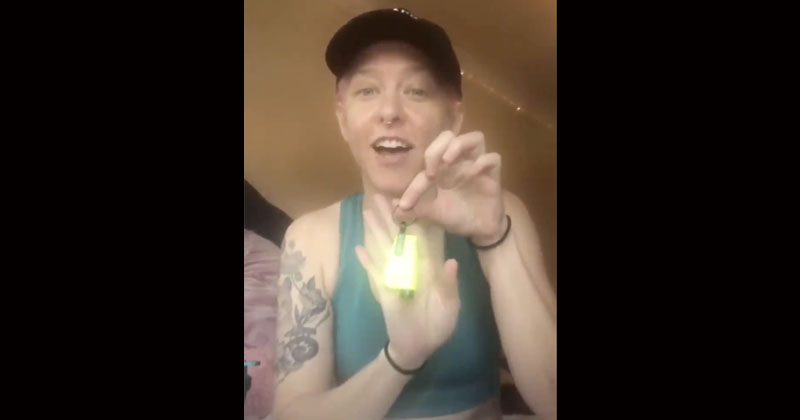 The woman, wearing a Black Lives Matter ball cap, explains how an emergency escape tool can be used to break into drivers’ windows, with a feature that allows their seat belts to be torn so they can be forcibly removed from the vehicle.

“Ok so I’ve seen some videos online of some out-of-control cars driving into crowds and things like that,” she says.

What she meant was…. "i've seen some cars getting away when protesters tried to stop them, here's a tool which should hopefully smash their window and cut their seatbelt so we can drag them out and give them a beat down" problem solved 🤦‍♂️🤷‍♂️ pic.twitter.com/UtVqCLAHvX

She then holds up a car emergency escape hammer, explaining how it would be used to break into a car rather than escape it.

“And lemme tell you, this is about ten dollars online, it’s an emergency window breaker. And it even has a key chain so you put it on a key chain, put it on your bag, and you can rip it off and in case of an emergency, you push this onto their window, and it gives you access to the vehicle that may be about to hurt you and your friends.”

“It also has a seat belt cutter if you need to remove the person from the car,” she added.

This radical is seemingly unaware that a driver would be well within his rights to use deadly force against anyone who forcibly breaks into their car to harm them.

This comes after multiple reports and videos emerged showing BLM rioters assaulting people in vehicles and blocking roads, resulting in some instances of cars mowing through some crowds in different states.

The latest incident happened last week, where two white BLM terrorists obstructing a highway were struck and one killed by a black man in a Jaguar, who was later arrested.

1 thought on “BLM RevCom Terrorist Provides Easy Tips On How To Break Into Cars, Assault Drivers”