“This is a historic moment of change. We have to respect that…”

New York City’s Mayor Bill de Blasio made some stunning remarks on CNN, declaring protests in the streets were perfectly acceptable while canceling other large events through September.

De Blasio joined CNN’s Wolf Blitzer on Thursday evening, discussing the evolving pandemic and policy response by City Hall to mitigate the spread in the city. He said social justice warriors were too important after months of protests have yet produced an outbreak in cases.

“This is a historic moment of change. We have to respect that but also say to people the kinds of gatherings we’re used to, the parades, the fairs — we just can’t have that while we’re focusing on health right now,” de Blasio told Blitzer.

Blitzer then asks: What about protests?

De Blasio responds: “This is a historic moment. We have to respect that.”

NYC Mayor de Blasio on cancelling large events through September: “It means like street fairs. It means big outdoor concerts and it means things like parades… It’s just not time for that now.”

"This is a historic moment. We have to respect that." pic.twitter.com/RdOXpwkESZ

The Daily Caller tweeted CNN’s video – here’s how Twitter responded to de Blasio telling Blitzer that the city will ban all large gatherings except for Black Lives Matter protests: 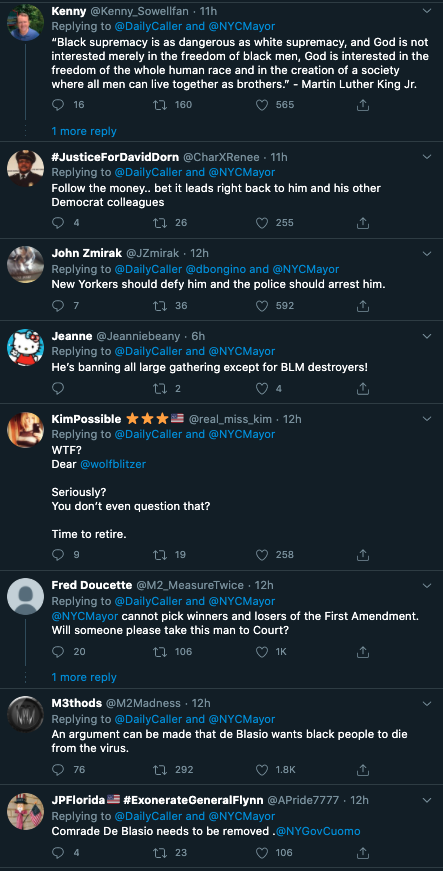 So it’s okay to have mass-gatherings, then paint a “Black Lives Matter” mural in front of Trump Tower in New York City – but indoor dining at restaurants has been delayed?

So far, virus cases and deaths have not surged since weeks of demonstrations. 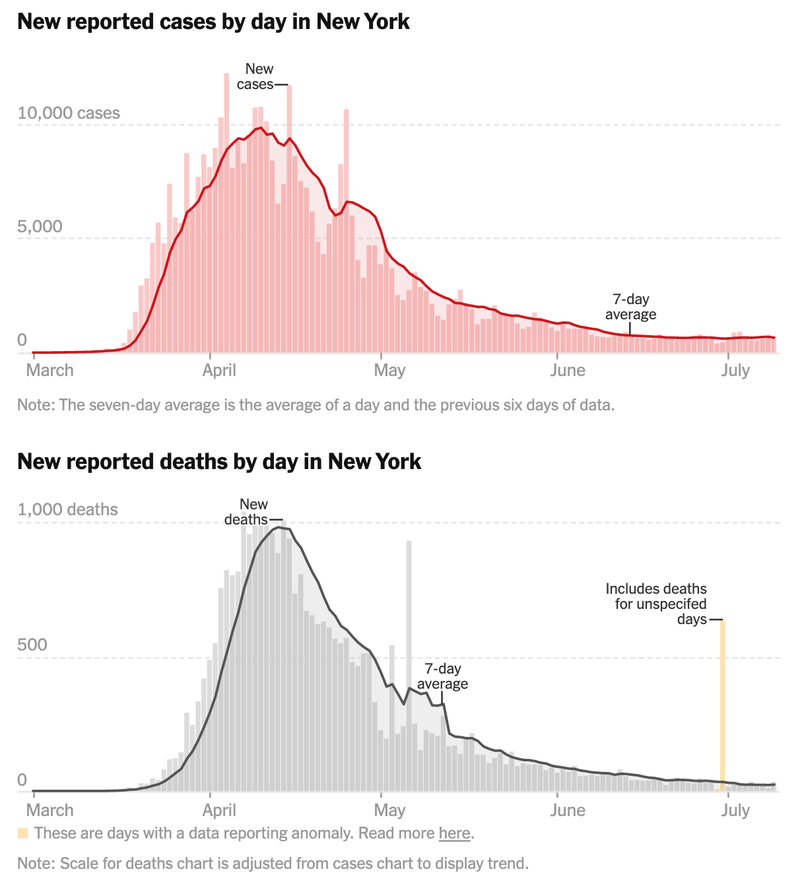 It’s only a matter of time before residents become angry that restrictions are being politicized.