Can anyone explain what Powell said today… “It’s hard For The Fed To Lend To U.S. Small Business” Meanwhile, the Fed is BACKDOOR bailing out mega-corporations via buying their debt?!! 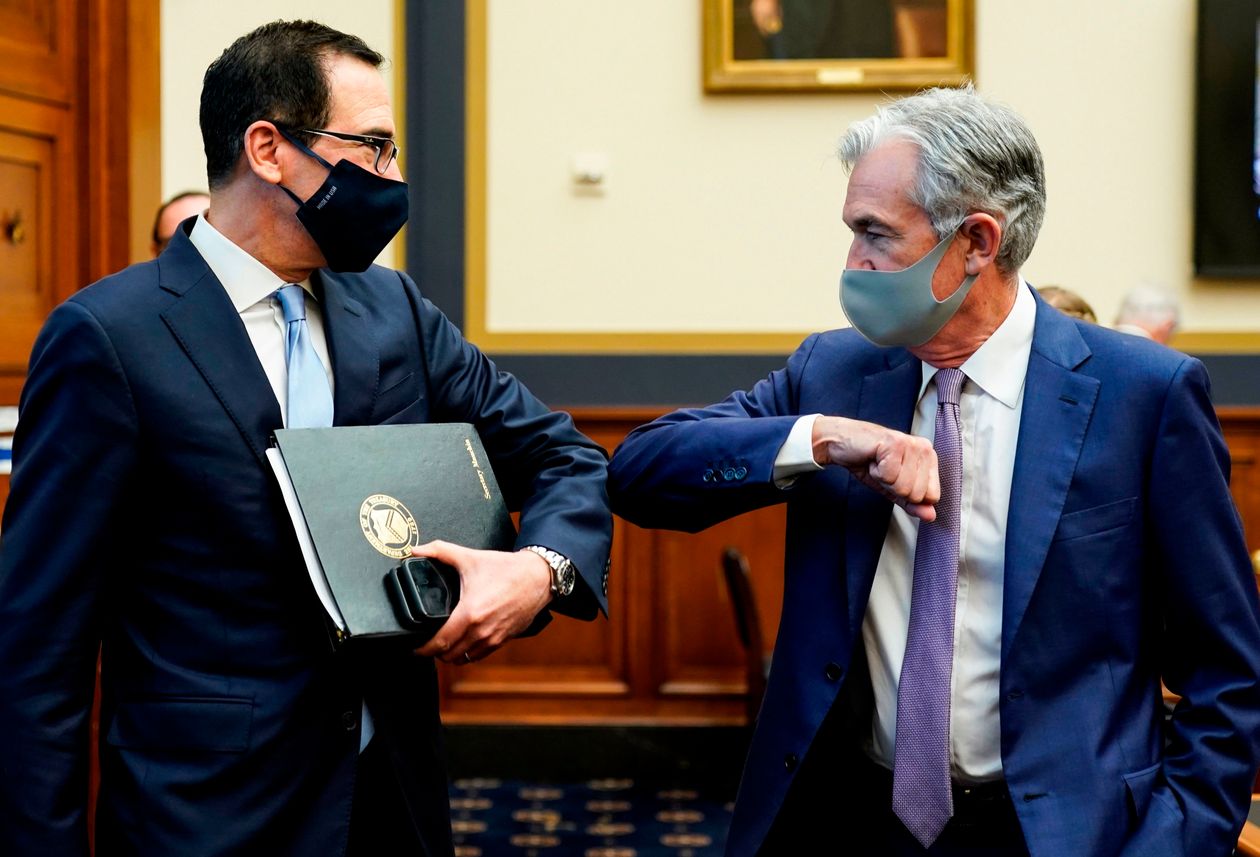 (Greg Robb) Federal Reserve Chairman Jerome Powell said Tuesday the central bank would have to start from scratch if Congress wants it to make smaller loans to U.S. companies.

Democrats, led by House Financial Services Committee Chairwoman Rep. Maxine Waters of California, want the Fed to do lend more for companies hurt by the coronavirus.

At a hearing on Tuesday, Waters suggested that the Fed and Treasury Department lower the minimum size of the loans under the Main Street Lending Program to $100,000 from the current $250,000 threshold.

Powell pushed back on this idea.

He said that there was little demand for loans below $1 million. And lowering the threshold would mean the Fed would have to start over with the program.

“Extending credit in those small quantities would require a facility built from the ground that would be quite different than Main Street,” Powell said.

“It wouldn’t look like the current Main Street facility now. It’s just a very different kind of thing,” he added.

Treasury Secretary Steven Mnuchin said “there’s not more we can do” to make the Fed’s emergency lending programs more used.

Mnuchin said some of the $454 billion allocated for the lending program could be shifted to better use.

Some lawmakers have criticized the Treasury for not wanting the lending program to take losses. But Mnuchin stessed this wasn’t the case.

“We do expect to take losses on that,” he said.

Powell said smaller business loans would be better handled with grants from the Paycheck Protection Program, which provided about $500 billion in loans to small businesses that could be forgiven if they did not lay off their employees.

“Trying to underwrite the credit of hundreds of thousands of very small businesses would be very difficult,” Powell said. He said many of these small loans are based on personal promises.

The PPP program expired in August and reauthorizing it has been held up because Democrats and Republicans can’t reach agreement on another coronavirus relief package.

Both Powell and Mnuchin told lawmakers it was not easy for the federal government to craft an aid program for the commercial real estate sector.

“It’s an issue. We don’t have a solution. I wish we did,” Mnuchin said.

The Treasury Secretary said reauthorizing the PPP program might be the answer so that firms can pay their rent and landlords can pay their mortgages.