(Natural News) Yu Ben Meng, the investment chief of the United States’ largest public pension fund, has resigned from his post, the firm confirmed in an email Wednesday. 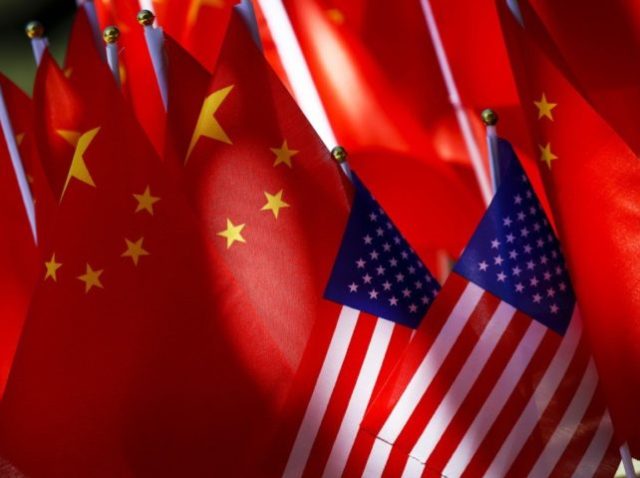 According to company data, Meng was with the California Public Employees’ Retirement System or CalPERS for less than two years, during which he helped manage pension and health benefits for more than 1.6 million California public employees, retirees and their families, with the total funds amounting to about $360 billion USD.

Meng, who mentioned a desire to “spend time with his family” and “work on his health” as a reason for his resignation, will be replaced in the meantime by Dan Bienvenue, CalPERS has confirmed.

A Chinese-born US citizen, Meng’s employment with CalPERS was marred with controversy after it was found that he worked for three years as the Deputy Chief Investment Officer of China’s State Administration of Foreign Exchange (SAFE), which manages Beijing’s U.S. Treasury security holdings.

This, according to a Reuters report, has led Indiana Representative Jim Banks to raise questions about Meng’s ties to China, with the Republican lawmaker even writing a letter to California Governor Gavin Newsom about the matter.

The CIO of the largest pension fund in the US enrolled in China's "1,000 Talents Program"-which is described by the FBI as an "unofficial espionage" arm of #CCP.

We finally have an admin that stands up to China-meanwhile local/state govs are getting more entangled. Unacceptable! pic.twitter.com/Ffop60Nt8T

“If it were up to me, I would fire Mr. Meng immediately,” Banks wrote in the letter, adding that a thorough investigation of Meng’s relationship to the Chinese Communist Party and a comparison of CalPERS investments in Chinese companies before and after Meng’s hiring is warranted. (Related: A Communist takeover? Chinese military researcher admits stealing data, layouts from US university.)

CalPERS, however, defended Meng, with CEO Marcie Frost noting that Banks’ accusations are “a reprehensible attack on a U.S. citizen.”

“We fully stand behind our Chief Investment Officer who came to CalPERS with a stellar international reputation,” Frost said.

“Not only has Meng committed perjury, but CalPERS’ failure to review or require Meng to correct these documents points to major compliance failure,” the Naked Capitalism post said, adding that CalPERS should have records that would show that Meng’s financial disclosures were incomplete.

The blog also alleged that Meng had personal investments in private equity groups where CalPERS was also an investor, thus raising the prospect of conflicts of interest.

California state controller Betty Yee has since called for an emergency board meeting to discuss Meng’s resignation, noting that she is “incredibly disappointed” with the former CIO and his lapses in both judgment and adherence to standard conflict-of-interest policies.

Meng maintains, however, that he had no lapses, and that he has disclosed all of his holdings on his Form 700s.

“These are private personnel matters and already have been addressed according to our internal compliance protocols,” CalPERS Board President Henry Jones noted in an emailed statement.

Aside from the surfacing of controversies related to his purported links to Beijing, Meng’s resignation also comes amid growing pressure on U.S. funds to divest from Chinese companies which, according to White House officials, may be hit with sanctions.

This is not the first time CalPERS has experienced a controversy recently.

Earlier this year, Secretary of State Mike Pompeo accused CalPERS of investing in firms that supply the Chinese military – an accusation that has since led to investigations into CalPERS’ investments.

Rep. Banks, meanwhile, has welcomed Meng’s resignation, noting in a statement that with the latter’s departure, CalPERS now has the opportunity to “correct its course” and divest from companies allied with the Chinese military.