Investigative reporter Greg Hunger keeps yelling at the TV to give CCP sick people Hydroxychloroquine, every time he sees medical experts concentrating and pleading for masks, hospital beds and ventilators to combat the coronavirus.

Why not give Hydroxychloroquine? It has been proven in small tests around the world that it works with little to no side effects. In countries like China and Turkey, it is given at the first sign of trouble, and their results are clear— it works and actually removes the China virus.

There Are No Guarantees

You Are Solely Responsible For Your Decisions

With a labor market in freefall, ten million Americans have lost their jobs in two weeks. CNN reported Thursday afternoon that stimulus checks for households could take up to 20 weeks, which is creating a perfect storm of possible social unrest.

The Federation of Red Cross and Red Crescent Societies recently warned that a “social bomb could explode at any moment” over Western cities. That is because the evolution of the pandemic, which has crashed the American economy into a depression, could result in social unraveling in major metros, specifically in low-income areas.

ZeroHedge noted in the last several weeks that Americans are panic hoarding guns as the fear of social unrest could be imminent. President Trump signed an executive order last Friday that allows for up to one million National Guard and reservists to be called up to fight the virus or be used to maintain social order.

With lock downs across the country, the National Guard has been deployed across many states. Here are some sights from Baltimore:

Signs of social unrest are already starting to develop this week. Law enforcement agencies in South Carolina and California have charged people with looting businesses during the shutdowns, reported The Sun.

Police in Santa Cruz, California, arrested five people who were robbing businesses in the city, despite a “shelter-in-place” public health order enforced by the state government. 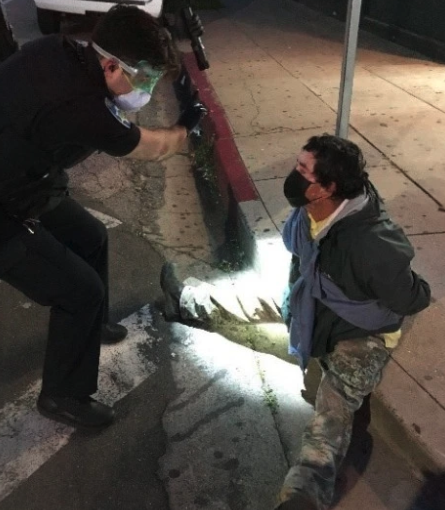 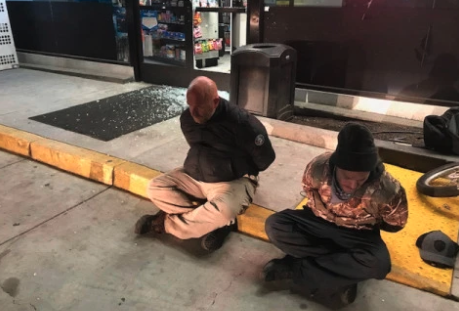 In South Carolina, police arrested two men as they attempted to raid a storage warehouse unit.

Many Americans recognize the writing on the wall of what could happen next, that is, the possibility of social unrest – and it makes sense why gun stores saw record sales across the country last month with weapons and ammo in short supply. Now Google searches for buying ammunition online are surging to a record high as America faces a new reality that a pandemic could trigger a social unraveling of the nation:

Search trend “buy ammo” hits the highest level ever across every US state: 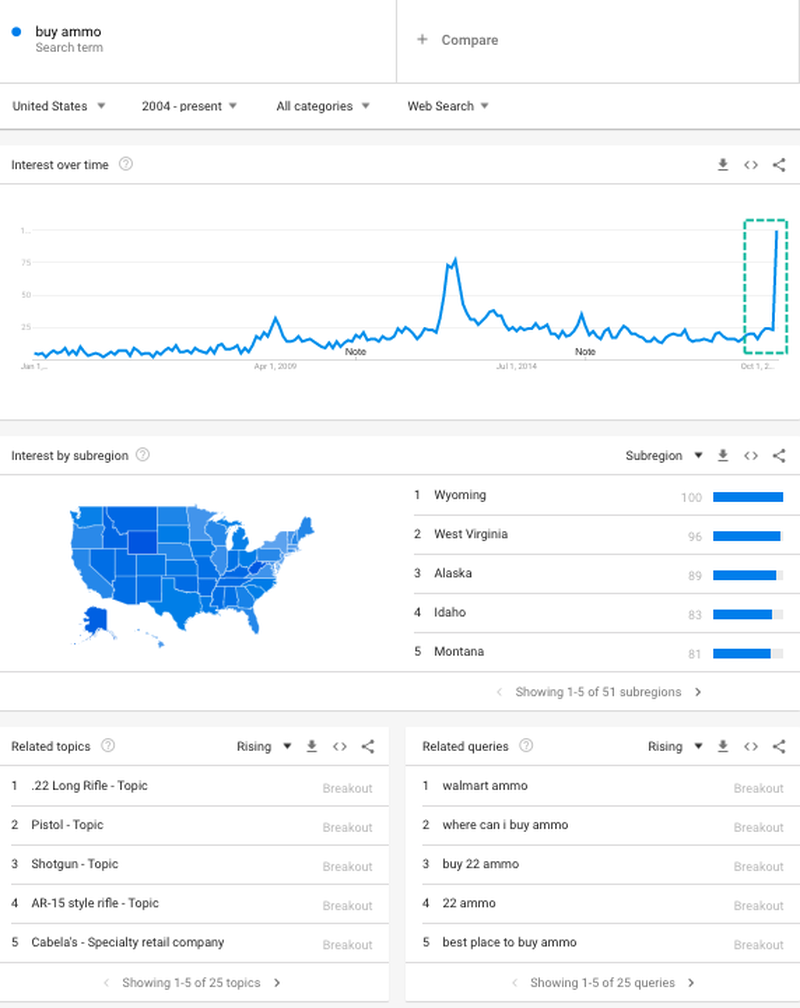 And with states closing gun stores and many places running out of weapons and bullets, people are now starting to print 3D guns at home.

A Chinese woman proudly filmed herself buying huge amount of facemasks from multiple US supermarkets and loaded the masks onto her pickup truck.

"It feels so awesome to buy all the masks! I didn't leave a single mask for the Americans!"#WuhanCoronaviruspic.twitter.com/BURhAl7hdj

A Chinese Communist woman proudly filmed herself buying huge amount of face masks from multiple US supermarkets and loaded the masks onto her pickup truck.

“It feels so awesome to buy all the masks! I didn’t leave a single mask for the Americans!”

A Chinese woman proudly filmed herself buying huge amount of facemasks from multiple US supermarkets and loaded the masks onto her pickup truck.

"It feels so awesome to buy all the masks! I didn't leave a single mask for the Americans!"#WuhanCoronaviruspic.twitter.com/BURhAl7hdj

New York is currently the US epicenter of the coronavirus pandemic. So when the USNS Comfort arrived at Pier 90, a cruise terminal on Manhattan’s west side, many saw it as a symbol of hope and wanted to be on hand to witness and celebrate the ship’s arrival.

Unfortunately, crowds gathering to witness the historic moment completely ignored the social distancing rules that have been put in place to help relieve the strained healthcare system.

The USNS Comfort, which houses 1,000 hospital beds, 12 operating rooms, 80 intensive care units, a pharmacy, and a medical laboratory, will assist in handling non COVID-19 patients; while hospitals better equipped to manage coronavirus can shift their resources to the growing pandemic.

CNN anchor Chris Cuomo has been diagnosed with COVID-19, the network said in a memo to employees on Tuesday.

“In these difficult times that seem to get more difficult and complicated by the day, I just found out that I am positive for coronavirus,” Cuomo wrote in a message on Twitter.

CNN reports that Cuomo was most recently at CNN’s offices in the Hudson Yards neighborhood of New York City last Friday. He anchored from his home on Monday, and interviewed his brother, New York Governor Andrew Cuomo.

“I have been exposed to people in recent days who have subsequently tested positive and I had fevers, chills and shortness of breath,” he wrote.

“I just hope I didn’t give it to the kids and Cristina. That would make me feel worse than this illness!”

Cuomo said Tuesday that he is “quarantined in my basement” and will “do my shows from here.”

“We will all beat this by being smart and tough and united!” he wrote on Twitter.

This is the third case of coronavirus involving CNN’s workspace in New York City. Employees were notified of another case in mid-March.

Whose a conspiracy theorist living in the basement now?

It appears as thought the onset of a global pandemic and the ensuing carnage that it has wrought around the United States isn’t sensational enough for one news media outlet, which was caught this week faking footage of a New York City emergency room dealing with the coronavirus outbreak.

Internet sleuths started to piece together a video clip from CBS on a report about the outbreak in New York, which was then picked up by the Gateway Pundit. The report about New York City used a video clip of an Italian hospital, seemingly overwhelmed with capacity.

The first photo is from Sky News’ coverage of the coronavirus crisis in Italy, from March 22. It shows an overwhelmed hospital staff in an emergency room in Northern Italy:

“This is the main hospital in Bergamo, in Lombardy province. It’s one of the most advanced hospitals in Europe,” Sky News reported at the time.

And this is the footage that CBS chose to air on March 25, while talking about New York City being the epicenter of the coronavirus outbreak in the U.S.:

Twitter user @Alx posted a side by side comparison of the two videos, stating “During a Pandemic it is essential that the Media gives us real and accurate information. It’s completely irresponsible for @CBSNews to use footage from an Italian Hospital when talking about the outbreak in New York City”:

During a Pandemic it is essential that the Media gives us real and accurate information.

It’s completely irresponsible for @CBSNews to use footage from an Italian Hospital when talking about the outbreak in New York City.

CBS released a statement on Monday, admitting to the “mistake” and saying that they had taken “…immediate steps to remove it from all platforms and shows.”