TINVOWOOT, (there is no voting our way out of this)

The picture emerging from California’s election is grotesque. How again did Democrats engineer their strange midterm victory in Orange County and in other traditionally Republican areas? In that election, apparently winning Republican candidates were all unseated as the ballots just kept arriving, and arriving, and arriving, until the results flipped. Each and every time. And no such flips happened for Republicans, just Democrats, after they learned that Republicans were winning. And Democrats say it’s just ‘counting all the votes.’

The Daily Caller has an ace report with a video showing just how that’s done:

Attorney Robert Barnes, on Twitter, noted just how problematic that new practice is:

https://twitter.com/Barnes_Law/status/1069052240256819200 Which is why it’s illegal almost everywhere in the world. California, on the other hand, back in 2016, passed AB1921, a law that actually permits it. Anyone can turn in ballots now, no questions asked, no chain of custody required. Back at the time, Democrats were hollering about low turnout and how getting more turnout was a priority, even though they were running a one-party state at that time, as they are now. They painted themselves as all concerned about ‘democracy’ given the low rates of turnout in their districts, many of which were known as ‘rotton boroughs‘ full of non-citizen voters. But what they really had in mind was ‘ballot harvesting.’ Most of the attention at the time from Republicans was focused on the involuntary registration of voters through the Department of Motor Vehicles, which has led to what was feared: the registration of illegal immigrants. But the bigger thing was going on on the outside, with the mail-in ballots nobody asked for and the apparent real purpose for these unasked for and unwanted ballot, which was … ballot-harvesting.

I sign up for every party mail list in order to read what all political sides are thinking, so I get lots of Democratic Party mail, including polls of members, which I answer, probably horrifying Democrats who open such returned polls, as I tell them to get rid of Obamacare. If they want to know what I think, I tell them. Could the fact that I am on those lists be the reason why I got a mail-in ballot when everyone else in my household gets sample ballots and goes to the polls on election day? Despite my Republican registration, it sure sounds like it.

This signals a grotesquely changed electoral landscape. Turns out the mail-in ballots are all that matters now, because all anyone has to do is harvest, and keep harvesting them, until Democrats get the result they want. I wrote about those lingering questions in the recent midterm here.

‘Count all the ballots!’ has been the Democrat rallying cry. Yet in reality, it was their defense of this sneaky little project, making anyone who doesn’t like it someone who wants to disenfranchise people.

It’s a lie. It’s not about counting all the ballots in the slightest, it’s about selectively counting the ballots of only voters who fill in the Democratic slots. The Democratic operative who called herself ‘Lulu’ in the video clip wanted to collect only the ballot of the voter in the household who had no party affiliation, not the ballots of the Republicans, so it wasn’t about counting all the ballots, it was about counting all the Democratic ballots and the ballots of those on the fence who could be muscled into voting Democrat. She after all, offered to ‘help’ that voter, which we all know means the ballot would be filled out a certain way. Oh and here’s another goodie in this: Ballots can be harvested and mailed even on election day, when the counts are happening and Democrats can see which candidates are performing weakly. The operatives can be dispatched like flying monkeys to those districts to intrude on the private spaces of voters who maybe didn’t want to vote or who were planning to go to the polls in the evening, and ‘harvest’ those votes. And you can bet a certain number of those ballots would be cast by people who were afraid of consequences if they didn’t vote the way that ballot harvester standing at the door wanted them to vote. After all, the harvesters, by coming to the homes, signaled they knew where the voters lived, and theoretically, many of these voters could have been illegal immigrants registered whether they liked it or not by the DMV to vote. Oh, and could the operative have steamed open the ballots to see how those people voted and make sure they were delivering the votes? With zero chain of custody rules, they certainly could.

The specter of involuntary registration, combined with ballot harvesting on the other end really does present some selective voting as well as fraud opportunities. This is the kind of thing that went on in Daniel Ortega’s Nicaragua, where the elections were denounced as fraudulent and unfair by global electoral monitors, which may well be where the California Democrats got the idea.

Democrats have yelled for years about turnout and this was what they came up with. They’ve effectively ended the right to abstain, which up until now, has been an acceptable choice, and like commie place they are effectively making voting compulsory for people who don’t want to vote. Lefties have been yelling for years about turnout, and this is the result: ballot-harvesting, the actual thing they had in mind.

Republicans didn’t know about it. Now they do, and now they will have to set up their own ‘ballot-harvesting’ teams for the next election, collecting only Republican ballots just as Democratic operatives collect only Democratic ballots from people who can’t be bothered to go to the polls, or who have a mail-in ballot they didn’t ask for sitting on their dining room tables.There should be quite some competition for people who aren’t registered to any party, with each side considering those ballots their very own and rushing to ‘harvest’ them first. Pity those guys.

But what we have here is a real corruption of democracy, the end of choice in whether to vote, and the selective ‘harvesting’ of votes as now the new ground game. In the era of 3-D and other high-tech printers, and a very badly run electoral operative, the prospect of ballot stuffing is there, too, now that anyone can turn in ballots with zero chain of custody rules.

It’s not democratic, it’s the sort of thing dictatorships in badly run impoverished countries do, and hey, what a coincidence, California leads the nation in poverty. It’s also the kind of thing United Nations observers and the international community’s usually liberal electoral integrity commissions condemn. Where’s the condemnation for this clearly outrageous practice going on in California and on track to get very, very worse? 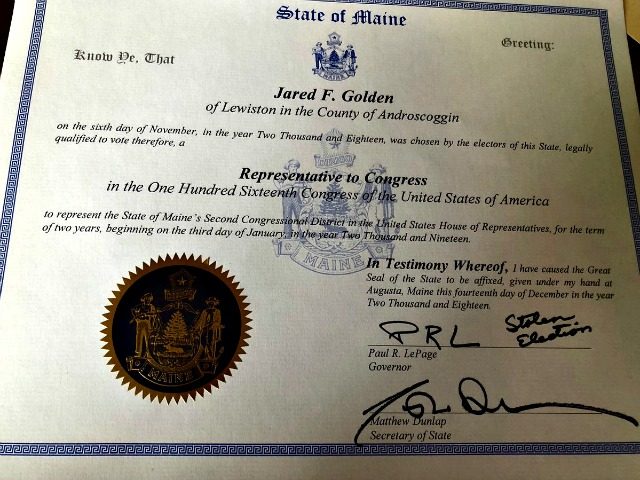 TINVOWOOT, (there is no voting our way out of this)