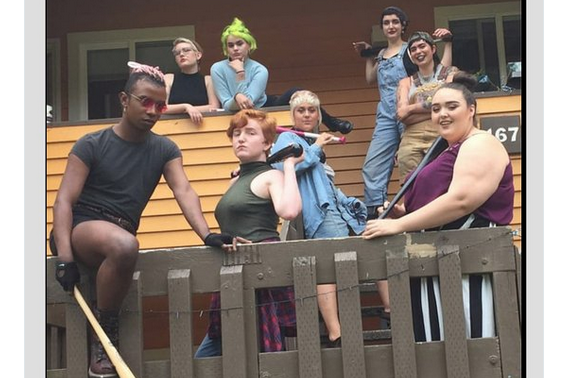 Olympia, Washington: The student protests a year ago due to liberal intolerance, which included death threats to teachers and administrators and culminated in a siege over the school, contributed to the already declining enrollment. As a result, the budget will be cut by $6 million, which will lead to further declines in enrollment.

Evergreen State College of “no-whites-allowed” fame is slashing its budget, hiking student fees and planning for layoffs due to plunging enrollment numbers.

(Olympia, Washington) Evergreen State College will look to cut more than 10 percent from its operating budget for 2018-19 and raise student fees because of declining enrollment.

In a memo to the college’s board of trustees, Evergreen President George Bridges wrote that cuts totaling $5.9 million are needed because of lower-than-expected tuition revenue. This will require “some” layoffs and eliminating “many positions that are currently vacant,” according to Bridges.

“The work of reducing the operating budget is in a very dynamic state at this time. The number of staff and faculty positions and programs impacted by the proposed reductions will change as this work continues over the next few weeks,” according to the memo dated May 8.

Officials have recommended a combined increase of $236 per year in student fees for 2018-19:

▪ The wellness fee, which covers basic health services and referrals to off-campus providers, would go up $111 to $420 per year.

▪ The services and activities fee would go up $25 to $649 per year for full-time students.

The fee increases were presented this week to the board of trustees, which will vote on the proposal at its meeting in June.

Enrollment at Evergreen has fallen steadily over the past decade. A recent report on last year’s protests on campus suggests that trend will continue.

At this time last year, allegations of racism and intolerance on the Olympia campus erupted into protests and pulled Evergreen into a national debate over free speech on college campuses. Later a threatening phone call forced the campus to close for three days.

The report, commissioned by the college, highlighted the potential effect on enrollment, which fell 5 percent from fall 2016 to fall 2017.

“Further declines in applications (possibly by as much as 20 percent) and enrollments are expected for the Fall of 2018 based on current year-to-year data. …” according to the report, which also was presented to trustees this week.

“The financial pressures in lost operating revenue from those declines will be significant, and will potentially generate another sense of ‘trauma’ on the campus.”

Source: by Abby Spegman | The Olympian