‘Gun violence restraining order’ law raises questions from pro-gun groups and lawmakers about civil liberties and how effective it will really be. 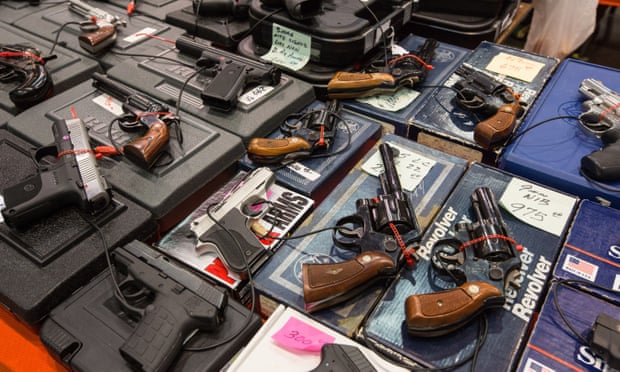 The statute allows for law enforcement or ‘immediate family members’ to ask a judge for a restraining order if they feel that someone is a danger to themselves or others. Photograph: Julie Dermansky/Corbis

A California gun statute going into effect on 1 January gives the police or family members the option to petition the courts to seize the guns and ammunition of someone they think poses a threat, the first law of its kind in the country.

But the “gun violence restraining order” law, passed last year, has raised concerns from lawmakers and pro-gun groups about civil liberties and questions about how effective it will really be.

Modeled after firearms prohibitions in domestic violence restraining orders, the statute allows for law enforcement or “immediate family members” to ask a judge for a restraining order if they feel that someone is a danger to themselves or others. The order would also bar the person from purchasing a firearm by placing them on the state’s do-not-buy list.

“The shooter’s mother and his father were aware that this man was basically threatening violence,” Skinner, a Democrat, said this month. “They did everything they felt they had the ability to do to try to intervene to stop their son from doing something violent, but they didn’t have any tools.”

Republican assemblywoman Melissa Melendez said she voted against the bill because she believed it violated due process by seizing guns without a hearing for 21 days. She did successfully amend the law’s language to allow for a gun owner to sell or store their guns with a licensed firearms dealer.

To request a firearms restraining order, a petitioner has to tell the court why they believe someone presents a danger to themselves or others because they are in possession of a gun or intend to get one. The petitioner also has to explain why a restraining order is necessary to keep the subject of the order from harming anyone.

If the order is granted, a judge can issue a temporary firearms restraining order within 24 hours. The subject would then be served with the order and would have to surrender their guns and ammunition within 24 hours.

Before the order expires, a judge decides at a hearing attended by both parties whether to terminate the order and return the subject’s firearms and ammunition, or extend the order for a year.

Before the order expires, a judge reviews evidence – which can include written witness testimony, photos, damaged property, threatening messages – and decides at a hearing attended by both parties whether to terminate the order and return the subject’s firearms and ammunition, or extend the order for a year.

“It’s really designed so that if you really feel that the person you’re concerned about is really making credible threats of violence to themselves or others that you can get the police to act very quickly,” Skinner said.

But you “still have a due process so that if the person feels like that was acted on maliciously and they can demonstrate that they’re not really a threat or they’re not at risk – they can get their weapons back in a pretty quick period of time if that’s the case,” she added.

It will become clearer after petitions begin to flow through the California courts what kind of evidence, minimally, could result in the issuance of a temporary firearms restraining order.

If the order is extended for a year, a gun owner may petition the courts once to get their weapons back during that time. After that, they may petition again if the restraining order is renewed for a second year.

“Every once in a while, there will be a case where a family knows that someone needs serious help and shouldn’t have guns,” said Adam Winkler, a UCLA law professor and author of Gunfight: The Battle Over the Right to Bear Arms in America. “But it’s not going to be a panacea.

Still, for some pro-gun groups any gun control is too much regulation, and an infringement on second amendment rights.

“In California we have no more loopholes. They have already tried and done everything regarding gun control,” said Sam Paredes, executive director of Gun Owners of California. “It’s a knee jerk reaction that would do nothing to prevent the incident that inspired it.”

The term “immediate family member”, according to the new law, includes a range of relatives, blood ties or not. It also includes anyone who has “within the last six months, regularly resided” in the same household.

Additionally, court documents state that even if you don’t have the necessary relationship, you may notify law enforcement of a potential problem, and an officer could investigate and file a petition for the order.

According to the California department of justice, as of 11 December 2015, there were 13,305 people actively prohibited from owning or possessing a firearm.

by Monica Lopez in The Guardian