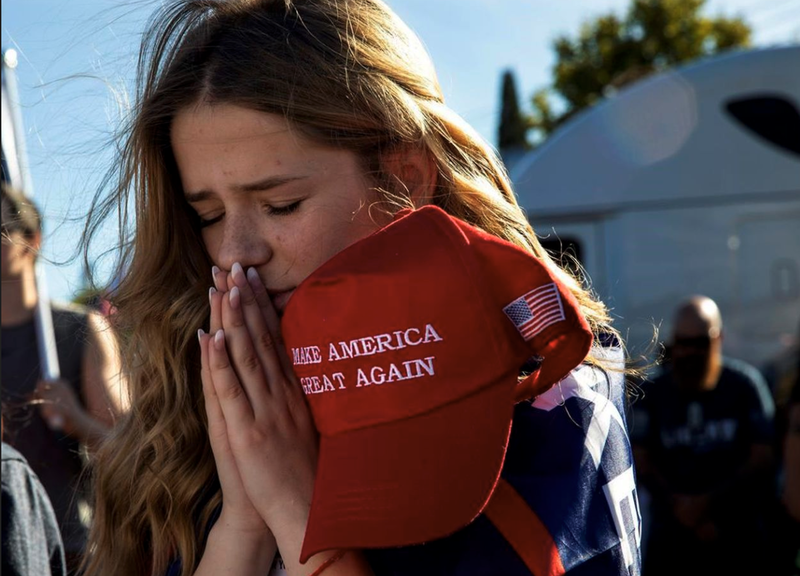 As Mark Zuckerberg continues to cave to the ‘woke mob’ driving the corporate advertiser boycott of his business, Facebook has reportedly removed several pages related to the “Patriot Prayer” group, a conservative group that has been routinely identified as “white supremacist” by left-wing reporters with an agenda.

Described by RT as “a mainstay at pro-gun rallies and street protests”, the group received attention from the national media last weekend when a rumored member was shot and killed by a man who described himself as “100% Antifa” in an interview. The shooter, Michael Forest Reinoehl, was himself shot and killed by police after confessing to the shooting in an interview with – who else? – Vice News.

A Facebook spokesman told Reuters the company pulled the pages as part of “ongoing efforts to remove Violent Social Militias from our platform.” That’s presumably a reference to street brawls between members of the group and armed left-wing groups.

Patriot Prayer leader Joey Gibson tweeted about the victim, addressing him by the name “Jay”, and claiming to have known him through the group. Gibson’s own personal page was also caught up in the ban.

He raged at Facebook for the timing of the ban: “Antifa groups murdered my friend while he was walking home, and instead of the multibillion dollar company banning Portland antifa pages they ban Patriot Prayer and myself,” Gibson said in a statement on Friday. “People can sign up at PatriotPrayerUSA.com for future events.”

While Facebook says it removed over 980 groups, 520 pages and 160 ads from the platform under the new guidelines, including “some who may identify as Antifa,” conservative critics argue the bans skew in one direction and largely target those right-of-center, despite the platform’s claims of impartiality.

The shooting in Portland hasn’t gotten nearly as much media attention as a shooting allegedly perpetrated by 17-year-old Kyle Rittenhouse, who had ‘blue lives matter’ posts on his social media pages – prompting the media to label him a white supremacist as well.

A man wearing a Patriot Prayer hat was murdered in Portland by a criminal who said he was "100% Antifa" and instead of banning Antifa pages, Facebook banned Patriot Prayer. Truly Orwellian insanity from the Trotskyite garbage babies who run Facebook. https://t.co/Wa8DY5vy0e

Zuckerberg has been doing everything he can to appease the growing crowd of pundits blaming him for single-handedly destroying American democracy by hoodwinking the American people into electing Trump. All of this, of course, was orchestrated by the grand puppet master himself, Vladimir Putin. Earlier this week, he announced a ban on “new” political ads during the final week before the election, a completely technical and, as far as we can tell, uunremarkable, change that serves only to stand as evidence that the company “did something” to take on this imaginary threat.