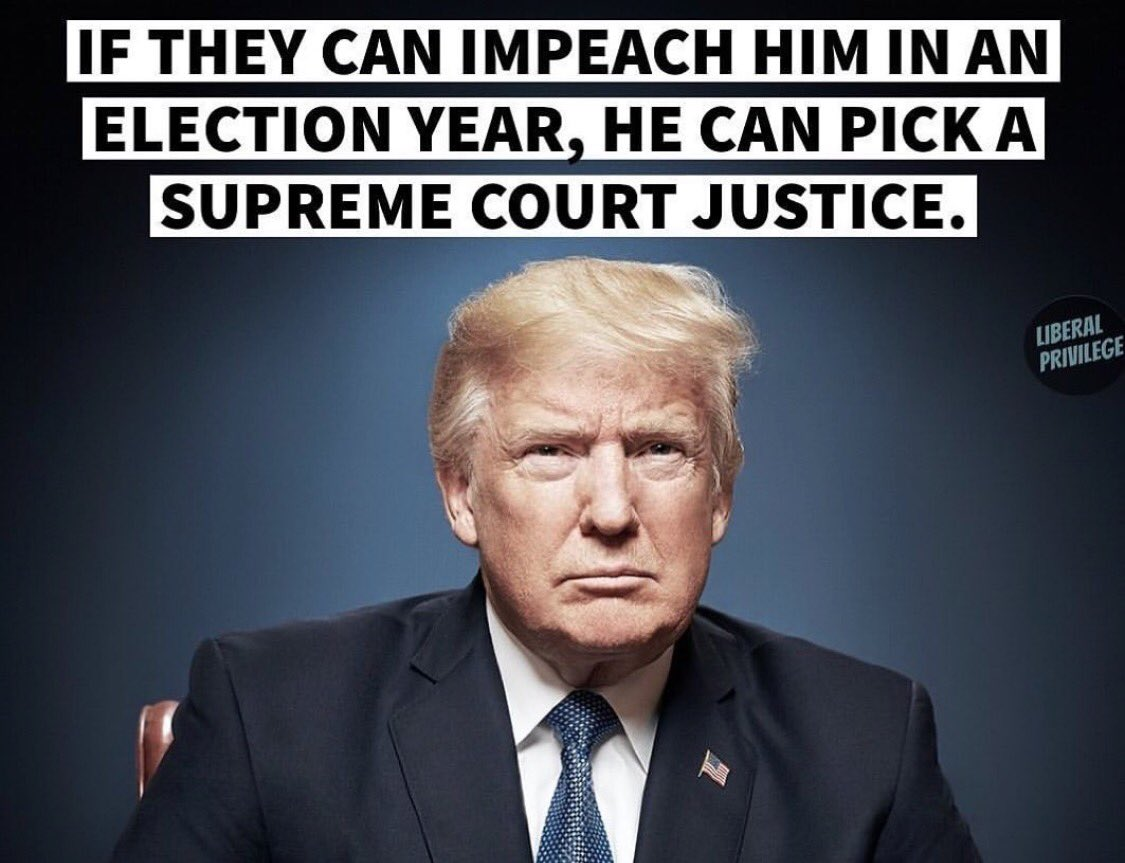 Three Supreme Court Justices Were Confirmed In Less Than 45 Days, Including Ginsburg 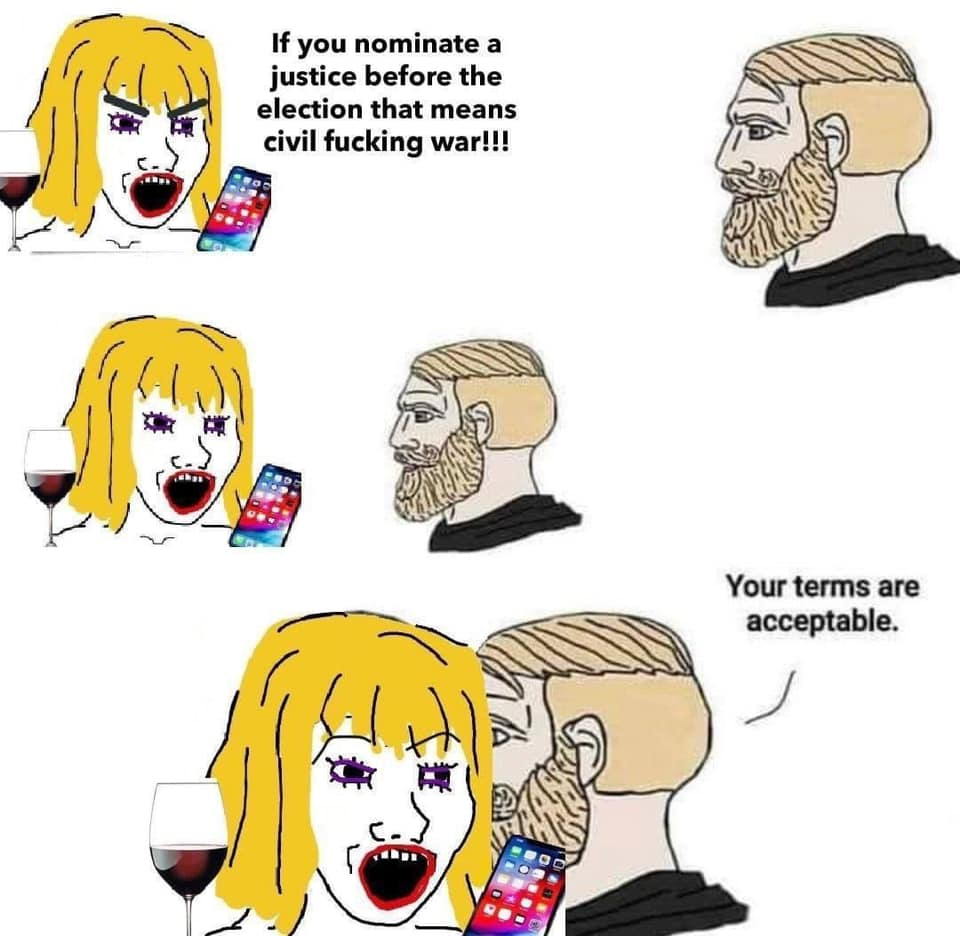 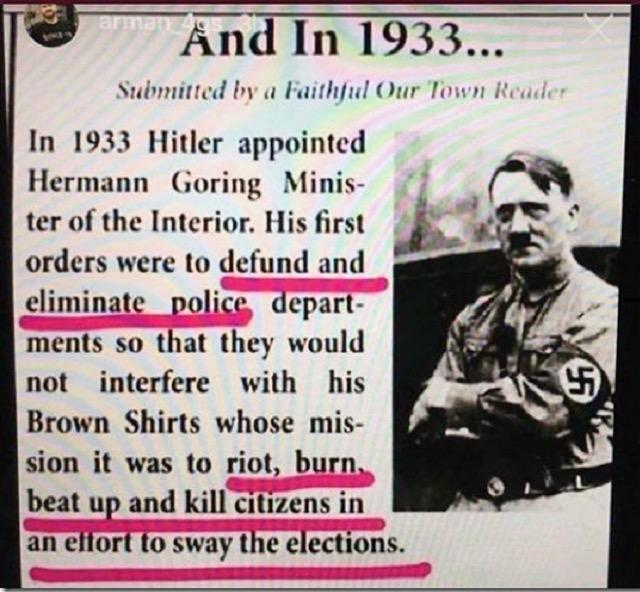 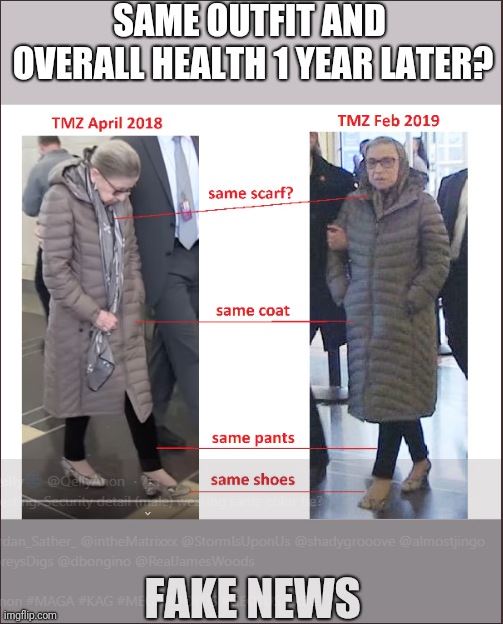 TMZ posted video of Ginsburg walking through an airport to prove she is alive so she can “work from home” on the Supreme Court this week. An AIM super sleuth pointed out that Ruth was seen in the same outfit at Reagan LAST YEAR.

PROBLEM: THE VIDEO IS FROM APRIL, 2018 AND HAS BEEN RE-DUBBED WITH NEW AUDIO

You decide. TMZ is passing this video off as a Sasquatch Ginsberg sighting. Is it current? Is it Ruth? Is it staged? Wow – she was supposedly at work on Friday (claims NBC) and yesterday, Monday, she was seen walking in the airport? There should be no problem in a full-on presser with her!

85-year-old Supreme Court Justice Ruth Bader Ginsberg has told a foreign TV audience that the Constitution of the United States is “outdated” and inferior to the South African Constitution, raising serious concerns regarding her mental state and suitability for ongoing employment.

But conservatives have good reason to be skeptical of the left’s “respect’’ for the Constitution. The simple fact is they don’t respect it at all. They dream of dismantling it.

Justice Ginsburg, 85, is a prime example of this type of liberalism. Speaking to an Egyptian TV interviewer, the Supreme Court justice caused jaws to drop when claimed that she would not recommend the U.S. Constitution as a model for Egypt’s new government.

“I would not look to the US constitution, if I were drafting a constitution…” Justice Ginsberg said. “I might look at the constitution of South Africa. That was a deliberate attempt to have a fundamental instrument of government that embraced basic human rights, had an independent judiciary… It really is, I think, a great piece of work that was done.”

Never mind the fact that South Africa is teetering on the brink of civil war, and the South African government is currently seizing land from white farmers without compensation. Petty concerns like that do not concern elite liberals.

Daily Signal reports: Ginsburg’s comments echo those by Washington University professor David Law, who published a study with Mila Versteeg on the U.S. Constitution’s declining influence worldwide. In an interview, Law unfavorably compared the Constitution to “Windows 3.1”—outdated and unattractive in a world of sleek and sexy modern constitutions. Such obsession with the age of the Constitution is both absurd and irrelevant.

Equally ridiculous is the claim that the Constitution is too antiquated to apply to the modern world. The principles of the Constitution, although first articulated centuries ago, are not tied to the material conditions of a bygone age. They rest on that most solid and enduring of all foundations: human nature. The Constitution itself contains no policy prescriptions. Rather, it is a short, elegantly written document that create a framework for a free people to confront the political questions of their times.

Of course, the real reason progressives swoon over South Africa’s constitution is that it goes far beyond merely establishing a framework for government and guarantees progressive policies—for example, by requiring legislation that prevents pollution and ecological degradation. In other words, the left’s real discontent with the U.S. Constitution is that it does not require Americans to adopt a progressive government and expansive welfare state that provides for every “right” social scientists can justify.

Americans should be very wary of those who would seek to upend the Constitution from the firm grounding in human nature that has allowed it to endure for more than two centuries and would transform it into an instrument devoted to policies of passing whimsy.