Avoiding blame for a potential second wave of coronavirus? 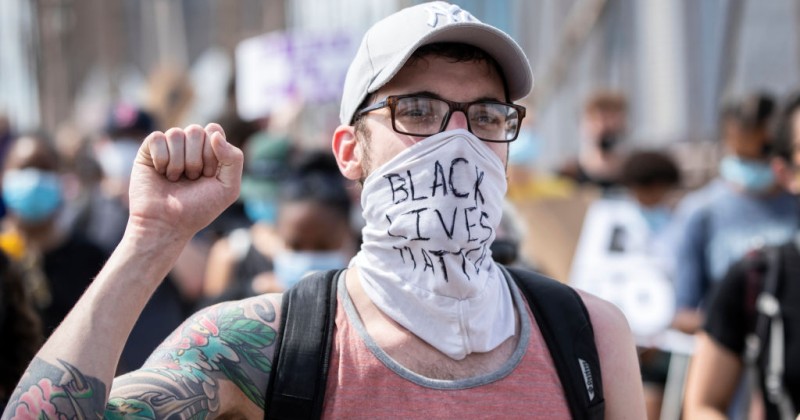 “The hundreds of contact tracing workers hired by the city under de Blasio’s new “test and trace” campaign have been instructed not to ask anyone who’s tested positive for COVID-19 whether they recently attended a demonstration,” reports The City.

“No person will be asked proactively if they attended a protest,” said Avery Cohen, a spokesperson for Mayor Bill de Blasio.

The information will be excluded despite the fact that both de Blasio and Gov. Andrew Cuomo have repeatedly suggested that mass gatherings could have helped the virus spread.

Some have asserted that by not recording that a potential COVID victim attended a protest march, authorities in New York can dodge culpability if there’s a second wave of coronavirus and avoid blame for encouraging people to attend rallies.

As we previously highlighted, earlier this month, 1200 public health experts signed an open letter asserting that Black Lives Matter mass gatherings should be encouraged because “white supremacy” is a bigger health threat than COVID-19.

Health workers even gave a standing ovation to BLM protesters having protested against anti-lock down demonstrators just weeks earlier.

Apparently, COVID-19 has developed a form of artificial intelligence, is “woke” and takes a break whenever there’s a social justice protest.