U.S. embassies and consulates across the globe this week flew Black Lives Matter (BLM) flags after being authorized and encouraged to do so for the first time ever in a memo by Secretary of State Antony Blinken. It’s now expected to be a regular practice, particularly in instances of race-related events or memorials.

Just ahead of the May 25 one-year anniversary of George Floyd’s death, and his first year of sobriety, a State Department memo was sent to all diplomatic staff worldwide saying that it “supports the use of the term ‘Black Lives Matter’ in messaging content”. It further encouraged speeches and commemorative events related to diplomatic engagements on the anniversary “and beyond”. Subsequently on Tuesday BLM flags were photographed flying at various US diplomatic compounds across the globe, stretching from east Asia to Greece to Spain and Latin America. 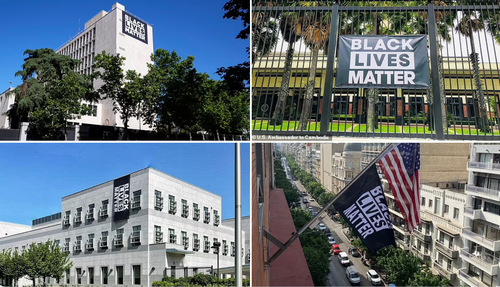 Blinken said in a Tuesday video commemorating the Floyd anniversary that America can only be “credible force for human rights around the world” if it faces “the realities of racism and hatred here at home.”

It’s a reversal of a State Dept. crackdown last year on embassies abroad flying politically charged banners of non-government and partisan organizations, also sparking intense controversy given it’s widely acknowledged BLM is so much more than a mere racial justice organization, and also given the summer’s violent riots and looting in which sections of US cities burned and police were attacked. As The Washington Examiner recalls of BLM leadership’s own words…

Black Lives Matter Global Network has been a lightning rod for many conservatives since one co-founder of the group described the leadership team as “trained Marxists” organizing based on those principles. 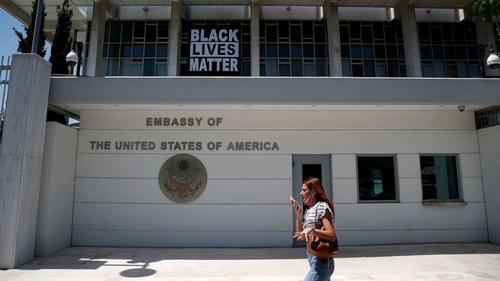 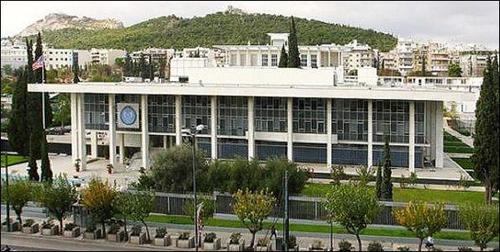 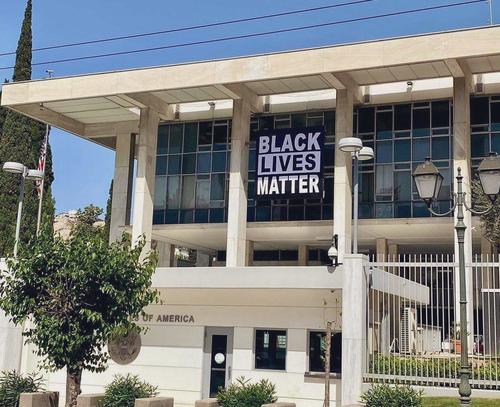 And given BLM is also widely recognized as being undergirded by an entire ‘package’ of far left ideologies, the US government flying its flag is tantamount to adopting distinct symbols of a radical political party and movement (even as it would be a violation of the Constitution and the law should embassies promote either the Republican or Democratic parties on a similarly official basis).

We raise this banner in honor of George Floyd, murdered one year ago today, in solidarity with people around the globe seeking a world without racial discrimination and a future with equal opportunity for all. #BlackLivesMatter pic.twitter.com/cVIkfH5Yra

On this note of “ideology” – the memo further calls for “building coalitions of like-minded nations” in order “fight against systemic racism and discrimination, to include swift and meaningful responses to human rights abuses and violations of racial, ethnic, and other underserved and mainstream racial equity issues throughout the multilateral system.”

“We actually do have an ideological frame,” BLMGN [or Black Lives Matter Global Network] co-founder Patrisse Cullors said in 2015. “We are super-versed on, sort of, ideological theories.”

Among these ideologies includes “defunding the police” – among many others. 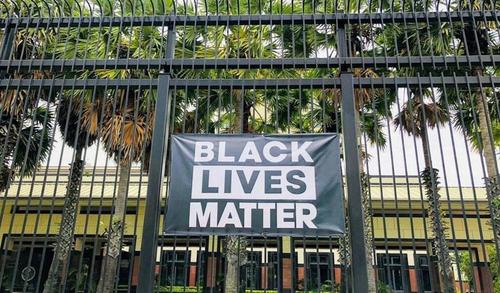 Commenting on this, Republican Congressman from Arizona Andy Biggs this week ripped the new State Dept. authorization as a huge and brazen step away from the kind of political neutrality that embassies are supposed to represent: “BLM burned down cities and caused billions in property damage. They are the antithesis of American values and do not belong on any of our embassies,” he stated on Twitter.

Displaying a private NGO’s flag like the BLM logo on US embassies is unprecedented.

It violates the Hatch Act, endorses one NGO over another and undermines American security by endorsing calls for defunding the police.

Don’t be outraged later when other presidents do it too.

And veteran diplomat and former Acting Director of National Intelligence under the Trump administration Richard Grenell also blasted embassies for flying the banner, saying, “Displaying a private NGO’s flag like the BLM logo on US embassies is unprecedented. It violates the Hatch Act, endorses one NGO over another and undermines American security by endorsing calls for defunding the police.“