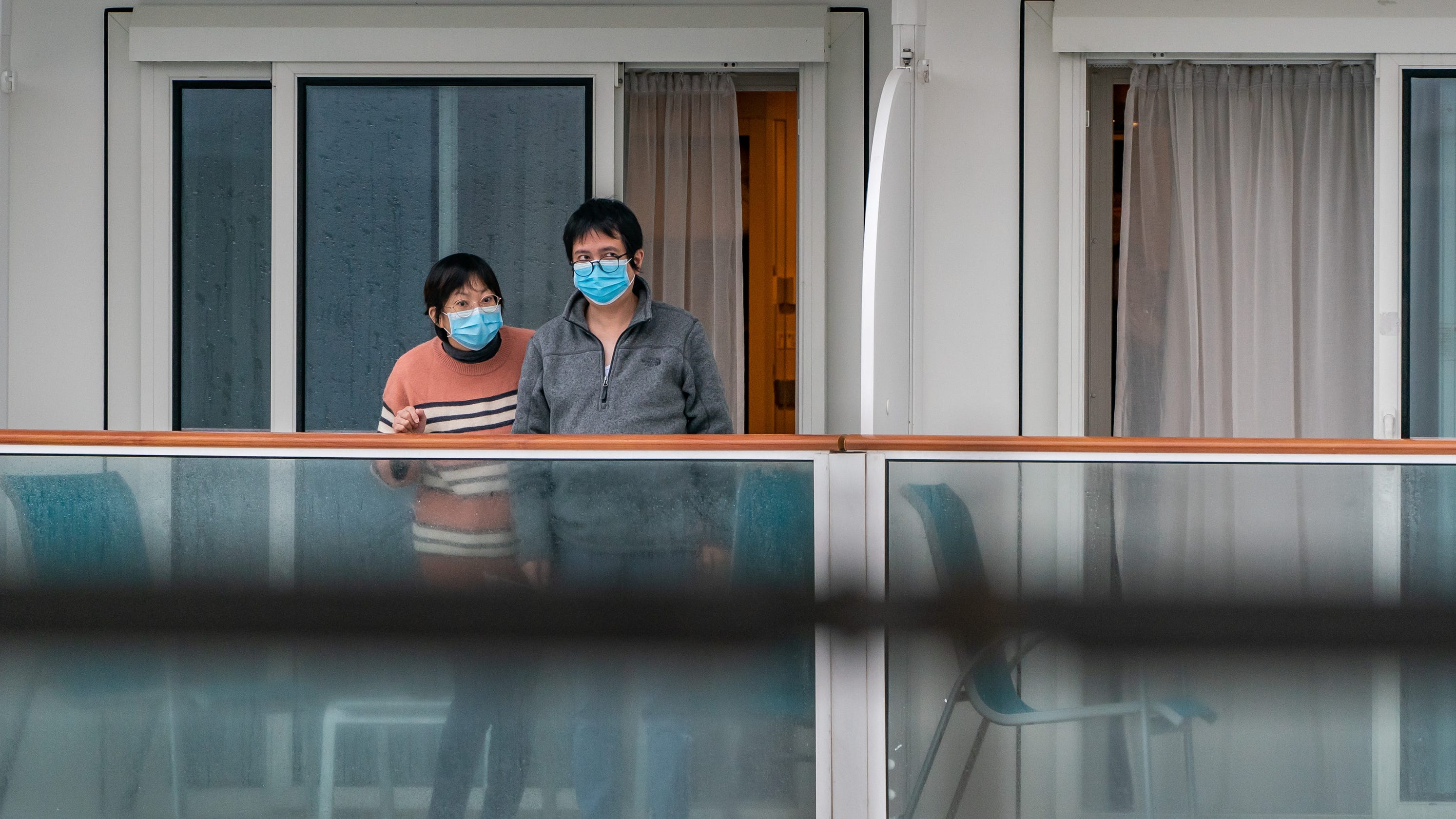 END_OF_DOCUMENT_TOKEN_TO_BE_REPLACED

IRAN/SOUTH KOREA/JAPAN AND MULTIPLE OTHER NATIONS ARE FACING A THREAT THAT THEY FEAR COULD END IN PANIC AND UNCERTAINTY FOR THEIR ENTIRE COUNTRY. CITIES ARE COMPLETELY ISOLATED BY THE MILITARY. CITIZENS ARE BEING TOLD TO AVOID CROWDS.

TODAY, OVER 7500 AMERICANS ARE ISOLATED FOR THE FLU ON USA SOIL WITH MORE BEING ADDED EVERY DAY. THEY ARE TOLD TO AVOID ANYONE IN THE PUBLIC AND NOT GO TO A HOSPITAL UNLESS IT IS A LIFE EMERGENCY.

WHY ISN’T THE MAINLINE NEWS TELLING US ABOUT THIS?

With no fear of cross contamination what so ever, looks exactly like the CCP is using the epidemic as cover to round up dissidents.

(Angela Bright) As China’s Hubei Province remains under lockdown due to the coronavirus epidemic, residents are complaining that law enforcement personnel have been using harsh and unreasonable tactics that are reminiscent of the Cultural Revolution to control the public. Some of these incidents have been caught on video and shared on Chinese social media, sparking outrage among viewers.

To curb the spread of the coronavirus, large gatherings are forbidden. However, just playing a card game with your family at home to pass time can have serious repercussions.

A family of four in Anlu City, Hubei Province, was publicly humiliated and paraded through the streets by police on Feb. 14 for playing poker at home. The local police ordered them to publicly read out a “repentance” letter afterwards.

A video posted online shows the family standing in front of a government building, with a man holding a “repentance” letter and leading the other three family members in reading it word by word: “Our family of four played poker in our house this afternoon, which is in violation of the order not to gather or play poker during this emergency period. We were wrong!” After reading the statement, they were made to stand there for a long time as punishment before being allowed to go home.

Another family played mahjong, a Chinese board game, at their home in Xiaogan City when a group of law enforcement personnel barged into the house and threw the mahjong tiles to the floor. This angered the family’s son, and he threw some of the mahjong tiles back at the intruders. As a result, they held him back and slapped him several times. In the end, the mahjong table was smashed. The incident prompted the son to ask whether this meant that a family can’t even have meals together.

Many other cases have been posted of people being beaten or paraded through the streets in chains because they didn’t wear masks.

In one of these videos, police restrained a man who did not wear a mask while walking on the street, and told the person in charge of disinfection, “come disinfect him!”

The person then sprayed disinfectant on the man’s body and the ground adjacent to him.

In Xi’an City, someone’s pet dog was beaten to death by a coronavirus prevention personnel with the excuse that dogs shouldn’t be walked during the outbreak.

Many people vented their anger online, saying it reminded them of the political campaigns of the past.

After the communists took control of China in 1949, they launched several political campaigns—from the 1950s through the 70s. People who were labeled as “bad elements” or “counter-revolutionaries” were denounced, forced to wear tall hats and paraded through the streets as a means of humiliation. Many committed suicide because they could not endure the mistreatment.

“Committing acts of violence in the name of epidemic prevention, and slapping people in the face—isn’t this going back to the Cultural Revolution when Red Guards acted violently?” another social media user asked.

“History has shown that the absence of rule of law is far more terrible than the contagion we are experiencing today,” another stated.

“These records detailing the federal government’s purchases of organs of aborted fetuses are the most disturbing I’ve ever seen in all my time at Judicial Watch,” Judicial Watch President

“These records detailing the federal government’s purchases of organs of aborted fetuses are the most disturbing I’ve ever seen in all my time at Judicial Watch,” Judicial Watch President @TomFitton.
Read: https://t.co/CvHSBcTtZp pic.twitter.com/OfYXXZLocw

(Washington, DC) – Judicial Watch announced it received 676 pages of records from the National Institutes of Health (NIH) showing that the agency paid thousands of dollars to a California-based firm to purchase organs from aborted human fetuses to create “humanized mice” for HIV research.

END_OF_DOCUMENT_TOKEN_TO_BE_REPLACED

Best comprehensive summary on the internet to date about what is happening with this virus in America and what we must do about it.

The discussion begins at 6:20. Recommend playing at 1.5X speed. 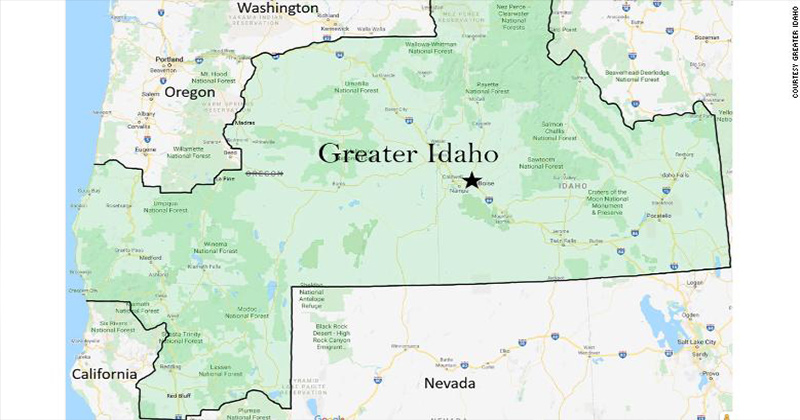 Oregon residents who are fed up with the state’s Democrat politicians threatening their Constitutional rights are proposing a secession movement that would have over a dozen counties join the neighboring state of Idaho.

Six counties in northern California would join the conservative Oregon counties in redistricting to Idaho, according to a website promoting the measure.

The group, “Move Oregon’s Border for a Greater Idaho,” is gaining traction with multiple counties, allowing voters to weigh in on the proposal and possibly even getting the measure on the ballot in November.

“We’re picking up momentum. It takes a lot of oomph to get something like this started. I call it a peaceful revolution,” one of the group’s leaders Mike McCarter said.

“Rural counties have become increasingly outraged by laws coming out of the Oregon Legislature that threaten our livelihoods, our industries, our wallet, our gun rights, and our values,” McCarter continued. “We tried voting those legislators out, but rural Oregon is outnumbered and our voices are now ignored. This is our last resort.”

The Republican leader in the state Senate, Sen. Herman Baertschiger, supports the idea and told CNN he’d even help write the secession legislation.

“Democrats should be paying attention to how unhappy these Oregonians are with the current regime to seek secession from Oregon. I would welcome the idea to serve on the Greater Idaho legislature!” he said.

Rep. Gary Leif, a Republican in the Oregon House of Representatives, has a poster of the “Greater Idaho” map hanging in his office.

“The Greater Idaho would then be the only West Coast state that is a conservative red coastal state. We would then truly be representing conservative values with rural constituents,” Leif explained.

A website for Greater Idaho cites economic restrictions, attacks on religious liberty and infringements on citizens’ Second Amendment rights as reasons for the movement.