Big tech – which overwhelmingly employs leftists who’ve casually called anyone right of Mao a ‘Nazi’ over the past five years – is banding together to monitor, track, and take action against ‘white supremacists and far-right militias,’ according to Reuters. 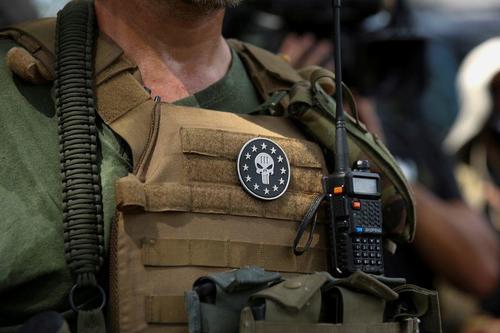 A counter terrorism organization formed by some of the biggest U.S. tech companies including Facebook and Microsoft is significantly expanding the types of extremist content shared between firms in a key database, aiming to crack down on material from white supremacists and far-right militias, the group told Reuters.

Until now, the Global Internet Forum to Counter Terrorism’s (GIFCT) database has focused on videos and images from terrorist groups on a United Nations list and so has largely consisted of content from Islamist extremist organizations such as Islamic State, al Qaeda and the Taliban.

Over the next few months, the group will add attacker manifestos — often shared by sympathizers after white supremacist violence — and other publications and links flagged by U.N. initiative Tech Against Terrorism. It will use lists from intelligence-sharing group Five Eyes, adding URLs and PDFs from more groups, including the Proud Boys, the Three Percenters and neo-Nazis. -Reuters

What kind of slippery slope are we on? And as long as we’re playing identity politics, where’s the counter terrorism organization trying to stop inner-city murders largely committed by blacks against other blacks? Wouldn’t big tech have all sorts of location data, emails and texts from murder suspects? Or don’t black lives actually matter to big tech?

“Anyone looking at the terrorism or extremism landscape has to appreciate that there are other parts…that are demanding attention right now,” said said GIFCT’s Executive Director Nicholas Rasmussen.

And of course, Reuters connects the initiative to the Jan. 6 Capitol ‘insurrection’ led by an unarmed mentally ill man in a viking helmet (and no nukes or F-15s).

The tech platforms have long been criticized for failing to police violent extremist content, though they also face concerns over censorship. The issue of domestic extremism, including white supremacy and militia groups, took on renewed urgency following the deadly Jan. 6 riot at the U.S. Capitol.

Meanwhile, the GIFTC has received criticism from human and digital rights groups over censorship.

“The group wants to continue to broaden its database to include hashes of audio files or certain symbols and grow its membership. It recently added home-rental giant Airbnb and email marketing company Mailchimp as members,” according to the report.

It doesn’t stop there. PayPal on Monday announced they’re teaming up with the Anti-Defamation League (ADL). Notably, PayPal owns Venmo.

Meanwhile across the pond, the EU is coming for memes – and has unveiled a plan to “Quarantine extremist humor” and “Debunk harmful content of extremist humour.”

They will also build partnerships with “social media influencers and progressive communities”.https://t.co/bDBh3d0aHJ pic.twitter.com/KcSjk0aDD1

And China also on Monday announced a six-month “special campaign” to regulate its internet and crack down on “malicious internet company practices,” according to Disclose.tv.

JUST IN – China launches a six-months “special campaign” to regulate its internet sector and to crack down on “malicious internet company practices,” according to the Ministry of Industry and Information Technology.

Does the following historical account foreshadow where are we headed with all of this?