(Veronika Kyrylenko) The U.S. Department of Health and Human Services (HHS) had funded a $2.7 million project that collected body parts from aborted babies — some of them viable and alive moments before their organs were harvested. 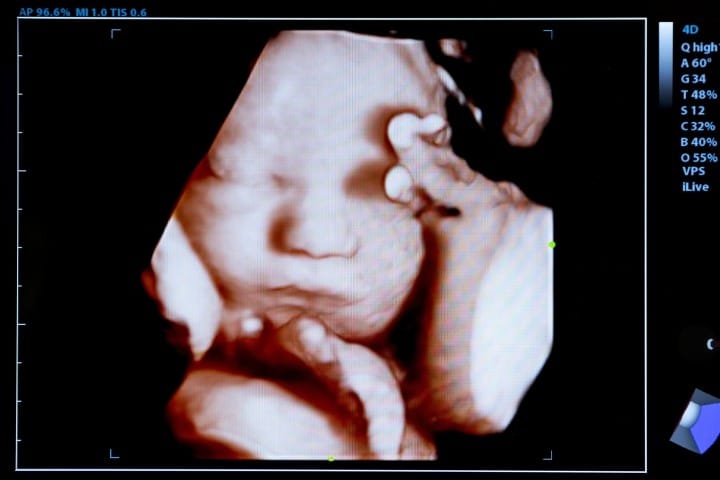 Conservative watchdog group Judicial Watch and pro-life organization Center for Medical Progress (CMP) announced last week they had obtained hundreds of pages of documents as part of a Freedom of Information Act (FOIA) lawsuit brought against the HHS that detail a hefty grant the department sent to the University of Pittsburgh (Pitt) for a project known as the GenitoUrinary Development Molecular Anatomy Project, or GUDMAP. Judicial Watch President Tom Fitton explained the documents “show taxpayer money is being used to turn the University of Pittsburgh is a one-stop human fetal tissue shop — from procuring the tissue from elective abortions, ‘subdividing’ the human remains, to distributing and shipping the harvested tissue.”

According to a summary of the documents, the aims of the project listed in the original 2015 proposal filed by Pitt were to “develop a pipeline to the acquisition, quality control and distribution of human genitourinary [urinary and genital organs and functions] samples obtained throughout development (6-42 weeks gestation) … [and] generate an ongoing resource to distribute fresh developmental human genitourinary samples from various stages (6-42 weeks) to the GUDMAP [GenitoUrinary Development Molecular Anatomy Project] Atlas projects.” 42 weeks of gestation means the very final stage of fetal development. Most pregnancies last 37 to 42 weeks. Fetal viability, or the point at which a baby can be resuscitated at delivery and can survive without significant morbidity, is generally considered 24 weeks gestation. The Christian Post observes that in 1973, when Roe v. Wade was decided, 28 weeks was seen as the point of viability. By 1992, the term “viable” applied to babies born at 23 or 24 weeks gestation. Today, it is argued fetus may survive, with medical help, at 15 weeks of gestation.

Apparently, Pitt had quite an extensive experience in harvesting aborted baby parts, such as liver, heart, gonads, legs, brain, and genitourinary tissues, since it is noted that the institution had done this for “over 10 years.” While Pitt specified it “disbursed over 300 fresh samples collected from 77 cases” in 2015, more could be done, as it was said in the proposal “the collections can be significantly ramped up as material could have been accrued from as many as 725 cases last year.”

The documents also indicate that Pitt offers racially diverse “subjects,” since the university sought not only fetuses from white parents, but also a large number from black, Asian, and Hispanic parents. David Seldin, assistant vice chancellor for news at Pitt, explained to Fox News that the inclusion of minority “subjects” resulted from an emphasis on those populations most impacted by kidney disease.

Further, it was revealed the university advertised its capabilities in providing human tissue by stating it “takes steps” to “ensure the highest quality biological specimens.” It is specified, for example, that “warm ischemic time” (per NIH, the time a tissue, organ, or body part remains at body temperature after its blood supply has been reduced or cut off but before it is cooled or reconnected to a blood supply) is “kept at a minimum.” In the documents, Pitt explains the procedure used to obtain the tissue is a labor induction, meaning a stimulation of uterine contractions during pregnancy before labor begins on its own to achieve a vaginal birth. In a press release, the CMP noted that “if the fetus’ heartbeat and blood circulation continue in a labor induction abortion for harvesting organs, it means the fetus is being delivered while still alive and the cause of death is the removal of the organs.”

The records indicate the university stated to be in an “excellent position” to expand its services to accommodate the needs of HHS’s GUDMAP project, since “the numbers of consents and collections has been steadily increasing.”

Pitt has asked for more than $3.2 million for its “services” and has received at least $2.7 million from the National Institute of Health.

In June 2020, Judicial Watch announced it had uncovered records from the Food and Drug Administration (FDA) showing the agency spent nearly $100,000 of taxpayer money to buy human fetal tissue to be used in creating “humanized mice” to test “biologic drug products.” The purchase was made from California-based Advanced Bioscience Resources (ABR), a “non-profit company that has been the subject of criminal referrals from both U.S. House and Senate committees investigating human fetal tissue trafficking and whether Planned Parenthood or any other entity was illegally profiting from transfers of organs harvested from aborted human fetuses,” per Judicial Watch. In April 2021, the group said it obtained additional records showing the FDA purchased (from ABR) “fresh, shipped on wet ice” fetal organs. Some of the published e-mails confirm that the FDA bought organs of babies who were aborted after 20 weeks gestation.

According to the statement of David Daleiden, founder and president of The Center for Medical Progress,

The NIH grant application for just one of Pitt’s numerous experiments with aborted infants reads like an episode of American Horror Story. Infants in the womb, some old enough to be viable, are being aborted alive and killed for organ harvesting, in order to bring in millions of dollars in taxpayer funding for Pitt and the Planned Parenthood abortion business it supports. People are outraged by such disregard for the lives of the vulnerable. Law enforcement and public officials should act immediately to bring the next Kermit Gosnell to justice under the law.”

Both the university and the National Institutes of Health, which is part of the HHS, have previously maintained that they follow all relevant laws and the “highest ethical standards” regarding fetal-tissue research.