I previously wrote the following:

1. RNA is not DNA. While some viruses are RNA based, the majority of living organisms are DNA based. It is not possible for RNA to be inserted into DNA. There is a mechanism of converting RNA to DNA using reverse transcriptase but that is the only way to modify DNA using RNA.

That previous article was written in response to a German team of scientists who found that the mRNA “vaccine” was being incorporated in chromosomal DNA in the cell nucleus. Since that time, a new mechanism has been discovered:

Researchers from Thomas Jefferson University have reportedly found evidence that RNA segments can be written back into DNA, which potentially challenges the central dogma in biology and could have wide implications affecting many fields of biology.

This means that the mRNA encoding spike proteins is being written permanently into your DNA. Once inserted and transcribed, it will produce new mRNA to make spike proteins as long as you live.

Here is one consequence of spike protein production:

Critically, all four covid vaccine brands currently in widespread use either inject patients with the spike protein or, via mRNA technology, instruct the patient’s own body to manufacture spike proteins and release them into their own blood. This floods the patient’s body with the very spike protein that the Salk Institute has now identified as the smoking gun cause of vascular damage and related events (such as blood clots, which are killing many people who take the vaccines).

Put simply, it means the vaccines were designed to contain the very element that’s killing people.

Other effects of the spike protein:

A new study from Chinese and American researchers reveals that the new coronavirus could potentially injure testicles without infecting its cells. After careful analysis of patient samples from Wuhan, the researchers discovered that the virus caused ‘ballooning’ changes and attacked cells responsible for producing sperm.

‘We Made a Big Mistake’ — COVID Vaccine Spike Protein Travels From Injection Site, Can Cause Organ Damage

“We made a big mistake. We didn’t realize it until now,” said Byram Bridle, a viral immunologist and associate professor at University of Guelph, Ontario. “We thought the spike protein was a great target antigen, we never knew the spike protein itself was a toxin and was a pathogenic protein. So by vaccinating people we are inadvertently inoculating them with a toxin.”

Pfizer Vaccine May Cause Heart Inflammation in People Under 30, Leaked Study Suggests

Details leaked from an Israeli Health Ministry report have raised concerns among experts about a possible link between the Pfizer-BioNTech COVID-19 vaccine and myocarditis, according to The Times of Israel and other news outlets.

The preliminary report by a committee tasked with monitoring vaccine side effects found 62 cases of myocarditis, including two deaths, in people who received the Pfizer vaccine. Fifty-six of the cases occurred after the second dose of the vaccine, and 55 cases occurred in men — most between the ages of 18 and 30.

The best case scenario for people who produce spike proteins from DNA is problems with sperm production in the testicles and unknown effects on women’s ovaries. The worst case scenario is death from heart inflammation or blood clots.

So why did the CDC call for an emergency meeting to address heart inflammation reports a week later than the announcement if it was an emergency? This meeting was then cancelled due to the new Juneteenth holiday and rescheduled to June 23-25 as part of the ACIP meeting. 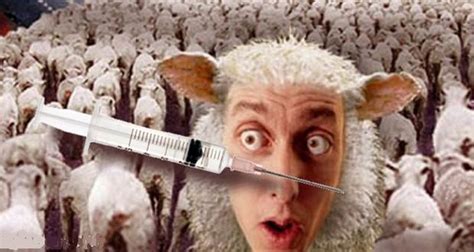 I do not think the people perpetuating the greatest genocide in history are eager for people to hear the truth.

Know The Outcome And You’ll See The Journey