President Macron’s announcement that citizens must adhere to a Covid-19 vaccination schedule, or pay for nose-swab tests every 2-3 days to live any semblance of a normal life, is the final nail in the coffin of civil liberties. 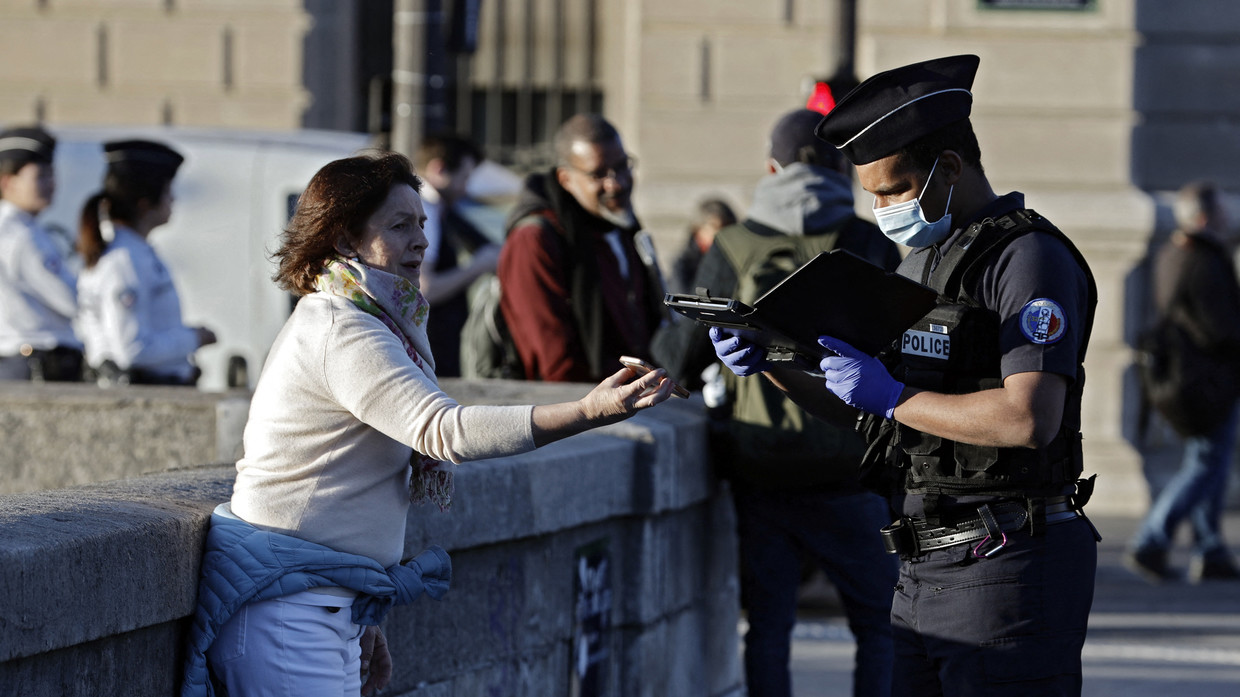 (Rachel Marsden) In the dead of summer, just a couple of days before the July 14 Bastille Day national holiday, when many French citizens had tuned out and left the big cities for some respite from a long stretch of sanitary restrictions – including months of curfews – French President Emmanuel Macron took advantage of the lull to drop a bomb on their lives that few were expecting.

From July 21, a health pass including a government QR code will be necessary for those over the age of 12 to access bars, restaurants, cinemas, gyms, swimming pools, museums, shopping centers, and any other venues capable of holding at least 50 people. Employees of these venues are included, if they want to keep their jobs.

The government will issue people a QR code to activate the pass by only two means: pricey PCR or antigenic nose-swab tests that Macron says will have to be paid out of pocket starting in October, or a full course of two jabs of the Covid-19 vaccination, which he also said will be the subject of a new round of third doses, starting in September.

What’s particularly stunning is that there is little recognition of acquired immunity – as though our immune systems are virtually useless. There is no way for someone who has recovered from Covid-19 to obtain a QR code as the result of a blood test proving the presence of adequate post-infection antibodies conferring immunity. The government considers their naturally acquired protection invalid and wants those who already have proven antibodies to take at least one dose of the vaccine.

The system does allow those who have a QR code from a positive Covid-19 PCR test up to six months old to obtain the health pass, after which they are then expected to take the shot as well – all this despite ample research indicating lasting immunity in previously infected individuals.

By shoehorning everyone into just two government-defined camps – compliant vaccinated individuals who will be allowed to live normally, and the unvaccinated non-compliant who will be denied access, despite the fact that both are capable of catching and transmitting the disease – it feels like the public health crisis is being used to implement a new dystopian system that permits tracking of everyone who wants to participate in everyday life.

And, as of September 15, healthcare workers who aren’t fully vaccinated “won’t be able to work and won’t be paid,” according to health minister Olivier Veran.

So much for France’s motto of “Liberty, equality, fraternity.” Liberty no longer exists when the government decides with a flash of a QR code generated at its whim whether you can live normally or not.

And while Macron was adamant about maintaining solidarity and equality among citizens by not singling out either the most vulnerable fatsos or the elderly for restrictions at the height of the pandemic – choosing instead to lock down the entire country – he now has no qualms about treating Covid victims with natural immunity, and those who simply don’t think that vaccination is the right decision for them, as second-class citizens who can rot at home with no access to daily life.

Fraternity? Pitting the vaccinated against the anti-vaccinated – with Macron treating the former as the ‘good’ citizens and the other as the ‘bad’ in his official narrative – has been adopted far too easily and uncritically by many. These people fail to see that vaccination status is a false dichotomy that effectively herds every single citizen into a single camp: those with a QR code issued and mandated by the government. It just so happens that those who refuse the QR code have to be unvaccinated by definition. Therefore, anyone who is resistant to the implementation of this new government tracking system should oppose any attempt to divide society by personal medical decisions and support individual choice of all – including the unvaccinated.

This destruction of fundamental freedoms is all the more striking at a time when Covid deaths and hospitalizations are incredibly low. First this crisis was about saving the hospitals, then it was about saving lives, then it became about reducing cases, and now that sound you hear are the goalposts being dragged again to make it all about preventing some potential future event.

It all seems like a system is now being implemented that will last well beyond Covid-19. If that thought doesn’t wake up the French, who last hit the streets en masse for months on end to protest a rise of a few cents in the price of gas, then it’s because the government they so distrusted has now successfully managed to co-opt and neutralize them.

Now is the time to take a stand against this continuing erosion of our freedoms. But how many French are even still awake?