An additional US government link to suspects in last week’s assassination of Haitian President Jovenel Moise has emerged, as the Pentagon has admitted that some of the alleged murderers had received American military training. 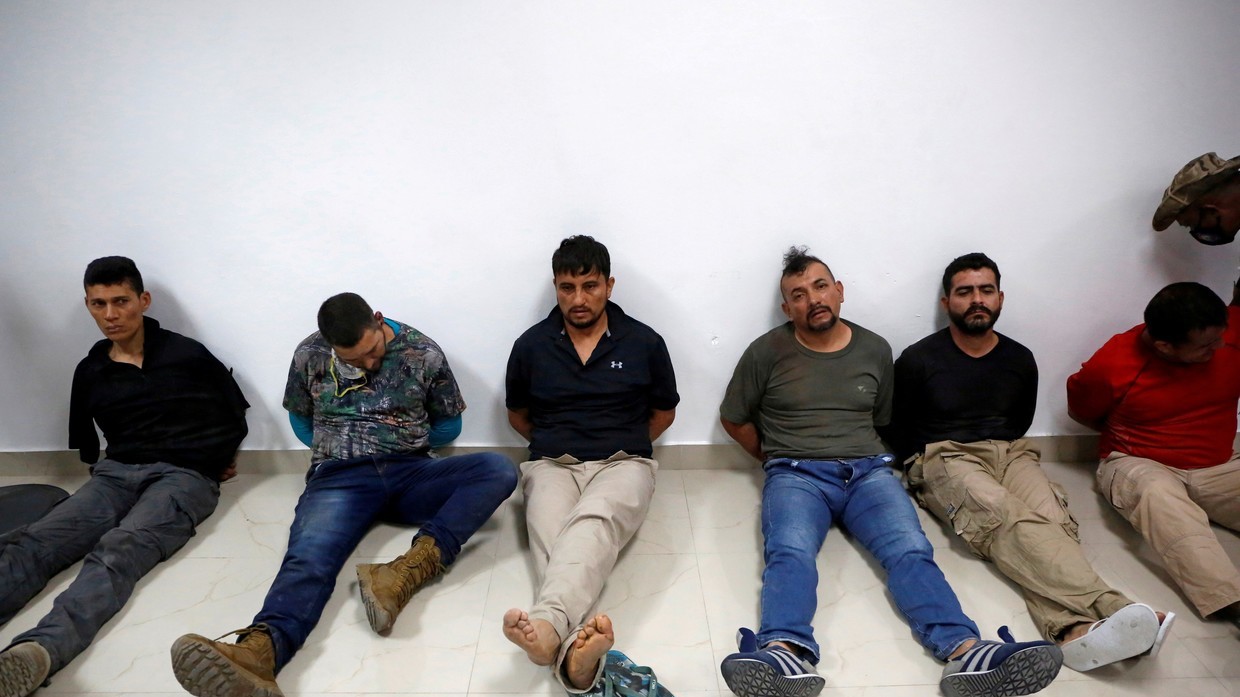 FILE PHOTO: Suspects in the assassination of Haitian President Jovenel Moïse are shown to the press on July 8 in Port-au-Prince. © Reuters / Estailove St-Val

“A review of our training databases indicates that a small number of the Colombian individuals detained as part of this investigation had participated in past US military training and education programs, while serving as active members of the Colombian Military Forces,” a Pentagon spokesman, Lt. Col. Ken Hoffman, said on Thursday.

Hoffman’s statement, which was first reported by the Washington Post, didn’t specify the number of suspects who had US training. Haitian officials have said that a group of 28 foreign mercenaries, including Colombians and two Haitian-Americans, killed Moise in his private residence in the early morning hours of July 7. At least 13 of the Colombians had served in the South American nation’s military and retired between 2018 and 2020.

The latest revelation comes on the heels of reports on Monday that at least one of the alleged assassins was an informant for the US Drug Enforcement Administration (DEA), and several others may have had ties to the FBI. On Sunday, a Florida-based doctor of Haitian descent, Christian Emmanuel Sanon, was arrested in Haiti on suspicion that he’d helped mastermind the assassination.

Washington has provided more than $200 million in aid to Colombia every year of this century, including more than $800 million in its last fiscal year. Much of the assistance has gone to the Colombian military and police. The Pentagon has trained thousands of troops from Colombia and other Latin American and Caribbean countries.

“This training emphasizes and promotes respect for human rights, compliance with the rule of law, and militaries subordinate to democratically elected civilian leadership,” Hoffman said.

But social media users questioned the wisdom of the training programs, pointing out a series of pupils who went on to do great harm, including a Saudi Arabian man who shot up a Florida Navy base in 2019, the Saudi operatives who killed journalist Jamal Khashoggi in 2018, and countless Islamist fighters in the Middle East.

“Tell me again about how US foreign military training and assistance is an essential tool for building peace and security,” anti-war activist Kate Kizer said.

Tell me again about how U.S. foreign military training and assistance is an essential tool for building peace and securityhttps://t.co/UElxXk5t3T

The DEA has denied involvement in the assassination, saying that none of the suspects were acting on its behalf. The FBI is assisting in the investigation of Moise’s killing.