Despite promises not to seek retribution against their ideological enemies following their takeover of Afghanistan, the Taliban is doing just that.

On Thursday, horrifying video of the Taliban executing an Afghan police chief emerged. Haji Mullah Achakzai, a former Afghan Armed Forces member who became police chief of the Badghis province near Herat, was captured by the Taliban and executed for fighting alongside the Afghan army.

The execution video, posted to Twitter by a friend of Mr Achakzai on Thursday, showed the police chief kneeling in the sand with his eyes blindfolded and his hands tied in front of him.

He is surrounded by Taliban soldiers who then shoot him several times and leave his body lying in the sand.

The video was shared through a Taliban-related network and obtained by Afghan security adviser Nasser Waziri. –News.com.au

Meanwhile, the Taliban has intensified its search for people who worked with US and Nato forces, according to a confidential UN document cited by the Times of India.

The report — provided by the UN’s threat-assessment consultants — says the group has “priority lists” of individuals it wants to arrest.

Most at risk are people who had central roles in the Afghan military, police and intelligence units, according to the document.

The Taliban have been conducting “targeted door-to-door visits” of individuals they want to apprehend and their family members, the report says.

It adds that militants are also screening individuals on the way to Kabul airport and have set up checkpoints in major cities, including the capital and Jalalabad.

“They are targeting the families of those who refuse to give themselves up, and prosecuting and punishing their families ‘according to Sharia law,” said Christian Nellmann, executive director of the Norwegian Center for Global Analysis, which created the UN document.

“We expect both individuals previously working with Nato/US forces and their allies, alongside with their family members to be exposed to torture and executions. This will further jeopardize western intelligence services, their networks, methods and ability to counter both the Taliban, ISIS and other terrorist threats ahead.”

According to the report, the Taliban is “rapidly recruiting” new informants to collaborate with them, and have expanded their list of targets to mosques and money brokers.

It reprints a letter, dated August 16, from the Taliban to an individual who worked in counter-terrorism in the Afghan government.

The letter asks the person to report to Taliban officials to “provide information about the nature of your work and relationship with the British and Americans.”

The Norwegian Center for Global Analyses also warned the Taliban may target or arrest remaining Westerners or other foreign personnel, including medical workers, if they criticize the militants. –Times of India

On Tuesday, the Times of India reported that thousands of Afghans are scrambling to delete their digital footprints, and worry that biometric databases can and will be used to track and target them.

“We understand that the Taliban is now likely to have access to various biometric databases and equipment in Afghanistan,” said Human Rights First in a Monday Twitter statement. “This technology is likely to include access to a database with fingerprints and iris scans, and include facial recognition technology.”

The Biden State Department has scrapped an initial plan to bill US citizens desperately seeking to fly out of Kabul $2,000 or more for their evacuation flight home. This is an estimated up to 10,000 or more Americans are still trapped in Kabul, many seeking to make their way to the airport under cover while avoiding Taliban checkpoints. 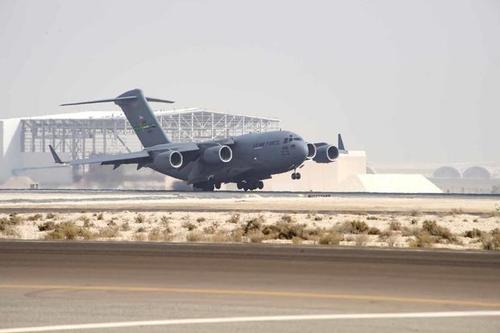 Harrowing scenes showed Americans in some cases literally standing on the other side of barbed wire barriers screaming for US soldiers guarding airport entrances to help them inside. Word of the $2,000 price tag for the flight home first emerged on social media on Thursday and was later confirmed by the State Department as ‘normative’ practice, as indicated on its official .gov website.

“U.S. law requires that evacuation assistance to private U.S. citizens or third country nationals be provided ‘on a reimbursable basis to the maximum extent practicable,‘” a State Dept. spokesman was cited in Politico as saying.

Following widespread outrage over the hefty fee, which presumably the US government would have collected later after it flew Americans out of harm’s way, State Department spokesman Ned Price announced the US plans to drop the fee in this case.

“In these unique circumstances, we have no intention of seeking any reimbursement from those fleeing Afghanistan,” Price was widely cited as saying.

“Oh, you’d like to escape the Taliban? That’ll be one month’s rent, please.”

According to The Hill, “The law requires that Americans or other foreign nationals agree to pay back the cost of an evacuation, which is typically comparable to the cost of a full fare economy flight, or comparable transportation to the designated destination.”

But it’s now pretty much universally agreed upon that the evacuation was botched from the beginning, given the administration delayed and waited despite repeat warnings from military and intelligence officials that the process be started much, much earlier.

The Afghanistan Exit Debacle: Incompetence, Distraction, Or Something More Sinister?